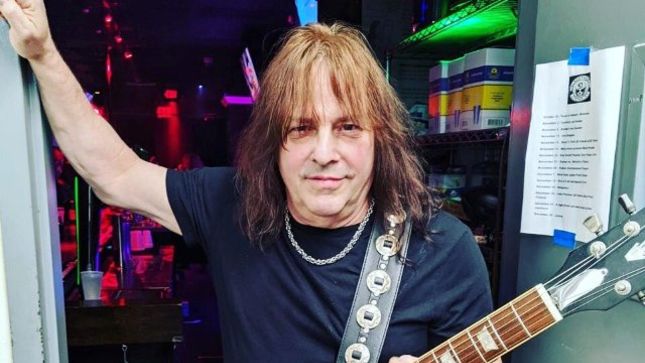 Courtesy of Digital tour Bus, the clip below features former Manowar guitarist Ross The Boss offering up his tour tips for younger bands.

Back in May, Ross The Boss caught up with Capital Chaos TV to discuss Manowar, Japanese bonus tracks, love of sports, and more.

On whether he recognized the campyness of Manowar?

“I thought it was kind of campy, but you know the other members. My partner kind of thought who took it very seriously, I'm coming from a band called The Dictators and we're like a bunch of sarcastic Jewish motherfuckers from the Bronx, punk assess. Everything was a joke to us anyway. Manowar as serious as it was in the music and it is serious, the band is still very big. But it got to the point where me and Joey (DeMaio, bass) just didn't see it anymore, my friends would ask me, ‘Ross, is that for real, are you doing that for real?’ and I'd go he is, because I'm just a sarcastic motherfucker as you can tell, I still am. I do admit that some of those pictures are cheesy, but on the other hand we wanted a reaction from people and we figured, when we had money our outfits were really tight, our leather outfits were tight. When we didn't have money and we were on a short budget, they did look cheesy, you know what I mean. I thankfully always wore my pants. I would not go out there all oiled up in a G-string or whatever the fuck they were wearing, thongs. We wanted the reaction you're either gonna hate us or you're gonna love us, no middle ground for Manowar, I think that’s still the same thing, we knew we were gonna get a reaction, you're either gonna hate our guts, think we're the biggest bunch of fuckin assholes joke ever or think we're the best band ever and that’s what we wanted.”

On whether he would ever rejoin Manowar?

“I haven't said I would never play with them again, anything is possible in this world, if people can talk to each other, I never say never. It’s not my decision.”