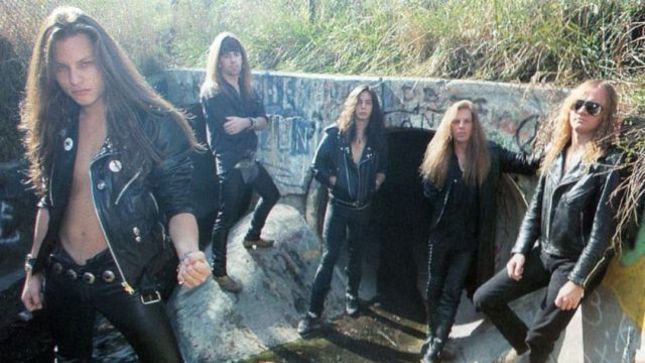 Busby: "Amazing what you find on YouTube, pro-shot mini concert from the Phoenix Concert Theater in Toronto from 1991. I can't remember why it's a shortened set and why I'm not playing my own drum kit. I think we were playing with some other bands? Anyways, the band sounds great, in its prime with the original line up, enjoy!"

"It is dated incorrectly. This was not 1991. I actually have this 'bootleg' show and it was circulating as though it was Phoenix, AZ on some labels."

After more than 30 years, Toronto-based Chyld - who were part of the scene that gave us Slik Toxik, Sven Gali, Winter Rose and Slash Puppet - made a comeback in 2019 with a new single, "Burning Alive". They recently released an official video for new song "Ride Out". Check it out below.

Check out Chyld on Spotify here.