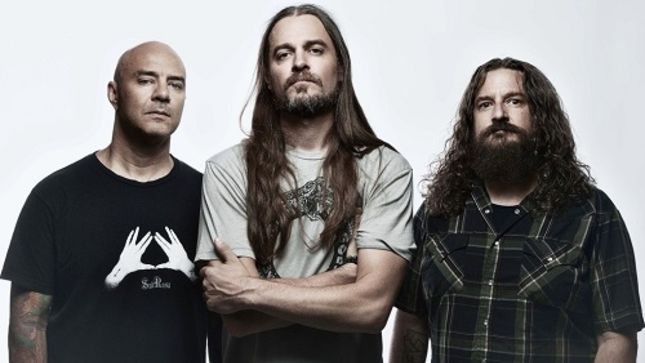 Arizona psychedelic sludge metal trio Sorxe have released a new music video featuring the song, "Dependence Day". The shapeshifting and heat-drenched song comes from the band's most recent offering, The Ark Burner, which was released worldwide via Prosthetic Records on October 11th. The video was filmed in the Arizona blazing sun and desert by the band and photographer / director Jason Cakebread of Fatcake Media.

About the video and track, Sorxe frontman, Tanner Crace comments, "We wanted to do something different from our last video ('Hypnotizer') so we set out with some vague concepts in mind. Less performance shots and more of a visual story and setting up a vibe. I was wanting to get a '90s grunge rock vibe with minimal performance stuff, but with a nine-minute track we had to get a lot of content, b-roll etc. The end result was a good mixture of Arizona desert oppressive heat and night time trippy Phoenix city stuff. Jason Cakebread, who did the video, did a excellent job with layering and editing it all together! Definitely a lot of things happening to warrant multiple viewings."