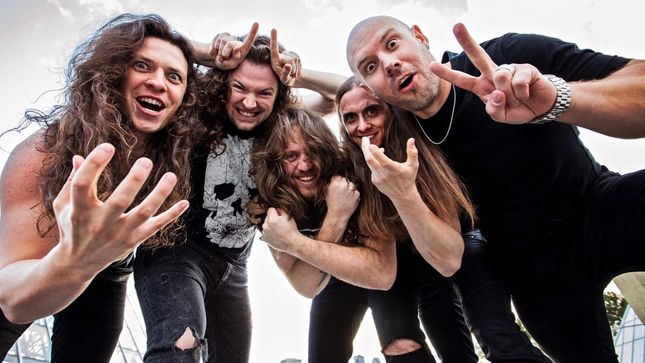 2019 is officially Striker's 'Summer Of Shred' as they will be hitting the road this summer for multiple North American tour dates with Death Angel, Steel Panther, Holy Grail, and Bewitcher.

Their shredding adventures will begin in Oklahoma City, OK on May 14 for US dates with Death Angel followed by a headlining show for Calgary's East Town Get Down Festival that includes Anvil. Striker will then support Steel Panther for their Canadian dates from June 14 to June 25 and then kick off a short headlining tour from July 2 to July 7 before joining Holy Grail and Bewitcher for the Deadly Ripping North American Tour, which will invade 21 cities in the US and Canada from from July 12 to August 4. Striker is touring in support of their sixth studio album Play To Win, released this past October via their independent label Record Breaking Records.

May
25 - Calgary, AB - Border Crossing (with Anvil, and many others)