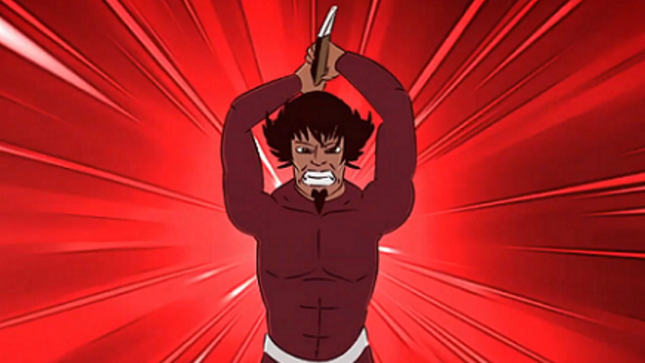 "It’s taken a while but here it is," says UK-based Tigertailz. "The new video for 'Bloodsuckers'."

"The opening dual guitars and lyrics of 'Bloodsuckers' lay out the intent of this song. It’s designed to rip your face right off."

Who else writes a song about a vampire rock band travelling through the galaxy to fight evil space Warlords? Only to drink their blood after they’ve killed them. That can only be those crazy Welshmen Tigertailz.

Bloodsuckers is the latest track to be released from the Blast album (issued in 2016). It’s delivered as an animated video to enhance the dark undertones of the song.