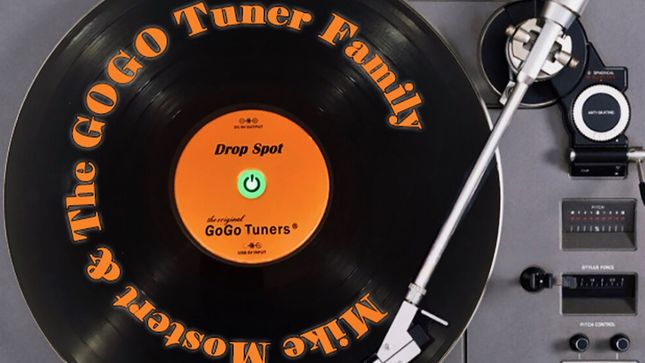 The record is a one-year adventure of the coming together of the GoGo Tuner family artists as one encompassing body of work which spans all genres. The result is a cohesive collection of songs that are full of heart and passion that take the listener through a musical journey showcasing unique collaborations of genres not typically heard by their fans. The 9-track album collectively features artists and musicians who have won multiple Grammy and Dove Awards, sold millions of records, have been profiled by the likes of Billboard and Rolling Stone, toured with superstars including Madonna, Prince, Jennifer Lopez, Bruno Mars, Brittney Spears, Stevie Wonder and Ed Sheeran, to name a few.

The man behind it all, Mike Mostert, produced, co-wrote and played guitar on every track on the record that was mixed at East Avalon Recorders in the city famous for producing some of music’s greatest hits, Muscle Shoals, AL. This genre defying compilation features two Hard Rock songs, two instrumental tracks, one Pop, R&B, Metal and Blues song and one track with a live orchestra, truly appealing to all fans of music. Mastering was done by Don Srygley, Chief Engineer from FAME studios.

Complete track listing and artists below: