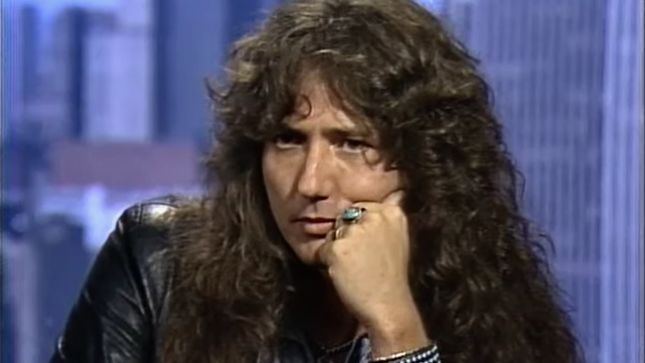 A 1984 video interview with Whitesnake frontman, David Coverdale, has been unearthed. Watch three segments below.

Coverdale is seen here in interview in mid-1984, discussing the bands forthcoming Japanese tour. It was a part of the huge Super Rock '84 tour in Japan which was a touring rock festival held in Japan from August 4 - 12, 1984 in Nagoya, Fukuoka, Osaka and Tokorozawa. The lineup included Bon Jovi, Whitesnake, Scorpions, Michael Schenker Group and Anvil.

Coverdale, in eloquent form, provides us with some insight to his relationship with the British press back in 1984. The band were heading for the US and then Japan having updated Whitesnake's sound and look by recruiting guitarist John Sykes from Thin Lizzy. The last remaining Deep Purple connections were severed when Jon Lord left after recording Slide It In to re-form Deep Purple. Ian Paice had already left Whitesnake in 1982.

Coverdale discusses his band, his departure from Deep Purple's management and recording.