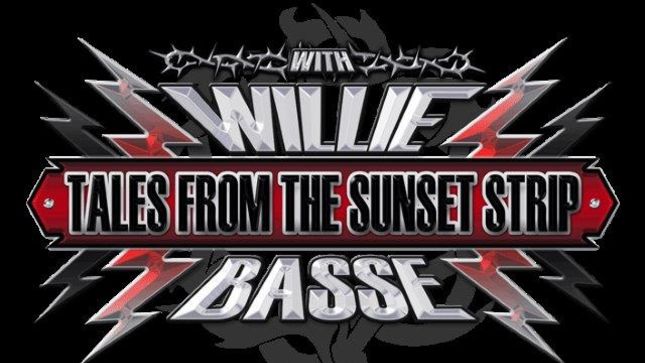 Inside Metal: The Pioneers of LA Metal and Hard Rock documentary film has been released to theaters worldwide; a complete list of cinemas showing the movie can be found here.

Cultural Ambassador to The Sunset Strip, Willie Basse will interview Bob Nalbandian, director of the docu-film Inside LA Metal, on Wednesday November 12th at 9pm PST streaming at this location.

Years before MTV and decades before the Internet, there was a powerful musical force that dominated the city of Los Angeles. Only a handful would survive and withstand the new millennium, yet these stalwarts literally set the blueprint for hard rock and heavy metal bands that would soon reign supreme and gain worldwide attention throughout the ‘80s and beyond. These artists were the groundbreakers and trendsetters that set the course of heavy metal history. Yet little is known about these founding fathers of hard rock and heavy metal music…until now!

According to Roadrunner Records, Bob Nalbandian started his career in metal at the age of 18, as founder/publisher of the seminal heavy metal fanzine The Headbanger, a nationally distributed Xeroxed fanzine which featured the very first profiles of then-unsigned, groundbreaking bands such as Metallica, Slayer, and Megadeth. Throughout the ‘80s and ‘90s, Bob Nalbandian was a contributing editor to several well-known metal mags worldwide including Metal Rendezvous, Creem, Hit Parader, Foundations, Loud and many others.

Nalbandian also worked at Roadrunner Records(LA office) and Bizarre/Straight Records in the early ‘90s and managed and advised many rock bands acquiring license/distribution deals, and worked as a freelance writer and independent publicist. Apart from the Shockwaves Skull Sessions, Nalbandian also runs the online metal magazine Shockwaves and the Shockwaves/HardRadio podcast, both available at HardRadio.com.