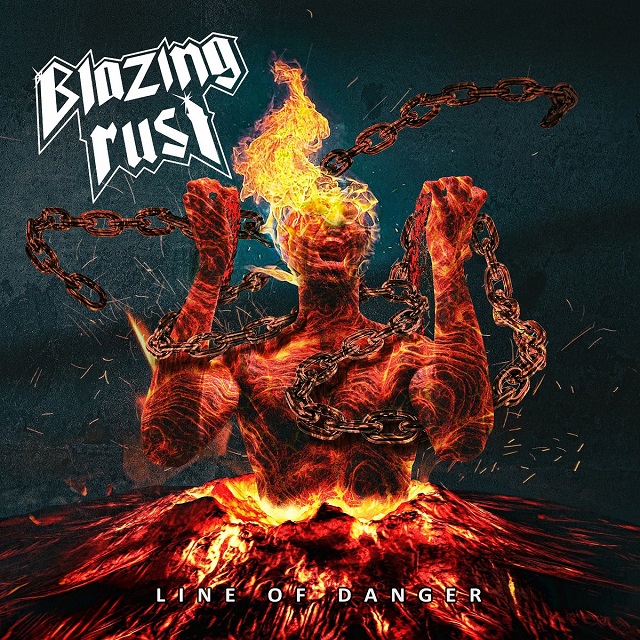 All important, sophomore effort for St. Petersburg-based traditional metallers. Don't let the cover art dissuade investigation of this, the follow-up to the Armed To Exist debut, which landed at #3 on my Best of 2017 tally. Kicking off with a trio of short, quick cymbal hits and straight into "Let It Slide", the current eight tracks see the Russians pick up where they left off: an energetic update on early NWOBHM, mixing Diamond Head and Def Leppard, who were still residents of Sheffield, having yet to meet Mutt Lange. A talented assortment that will appeal to the old-school, youngsters seeking to investigate yesteryear and contemporary metalheads, as well.

The vocals of Igor Abuzov are upfront in the mix: clean, crisp and devoid of any accent that would place him anywhere but Britain. Seems to be a greater concentration on tasty guitar flourishes this time around, which is not a problem to these ears! That said, the eight inclusions (as the aforementioned comparisons allude) are neither shredders, nor blistering paced (start of shipwreck epic "Amidst The Furious Waves" comes closest). In that regard, the musical vision is definitely focused on the rearview mirror. While the titular selection walks the line between infectious hard rock and turn-of-the Eighties, UK proto-metal, it's the likes of uptempo swinging "Race With Reality" where Blazing Rust truly hit their stride. Sounds like a High & Dry outtake! Chugging riffs, on the otherwise mid-tempo "The Son Of Lucifer", diverge into separate showcases, then return to synchronicity. Fist thrusting "Murder"ncomes from the Iron Maiden storytelling tradition. Dirty fuzz of guitar and brief out-front bass rumble greet the gradual, increasingly frenetic "Only To Burn". The "Crawling Blind" finale makes sure the album goes out with a (head) bang, not a whimper.

The idea of Russo-metal has been something of a joke, for more than four decades (Gorky Park, the "anti-drug" Moscow Peace farce, with sober "poster boys" like Mötley Crüe, Skid Row & Ozzy). Finally, a world class, English-lyric metal act, capable of sustaining interest beyond their own boundaries! Nostrovia.