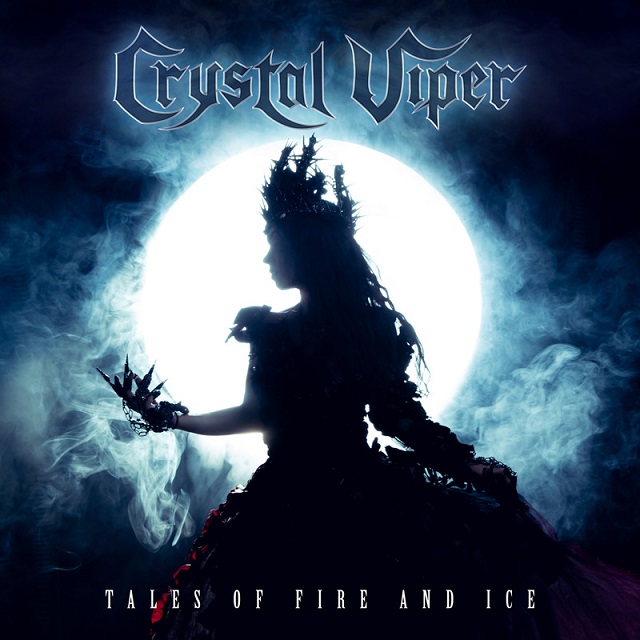 After ditching childish, crayon-drawn cover art, at the 11th hour, the Polish, female fronted traditional metallers can finally release their new album. There are ten proper tunes on the album, although 90 second, rainstorm effect "Prelude" and piano intermezzo "Interlude" (five seconds short of a minute) are included in that count. There's a different eleventh cut on the CD and album (physical product rules!): their rendition of Dokken's “Dream Warriors”, while vinyl buyers get “Alone”.

Energetic "Still Alive", the first proper song, feels like a fist thrusting Battle Beast number. Can't help but notice diminutive Marta Gabriel is dolled up in promo pictures, something she's heretofore resisted. Much of the grit has been smoothed over, sonically, as well. Speedy, double bass drum driven "Crystal Sphere" sees the more melodic voice (still one sinister cackling screech, for emphasis), often double tracked. Bouncy, revved up "Bright Lights" is an early favorite, destined for bigger things, onstage. At 3:43, it's over too quickly (especially when compared to some of the other compositions), but maybe that immediacy is the key. Stylistic "Neverending Fire" is more akin to Pat Benatar or late ‘80s Heart. Resurrecting a bit of grittiness, "Under Ice" rights the ship, but again, can't dismiss images of the aforementioned female fronted Finns. The clicking of a locomotive characterizes the riffing of "One Question", a nod to past Crystal Viper platters. Ditto the "Tomorrow Never Comes (Dyaltov Pass)" follow-up, with its trilling and shrieking. The pedestrian "Tears Of Arizona" ballad is completely out-of-place. Guess that's why it's tacked on to the end of the disc. Is this a transitional album, or a one-off experimentation? Time will tell.