DARKRIDE – Weight Of The World 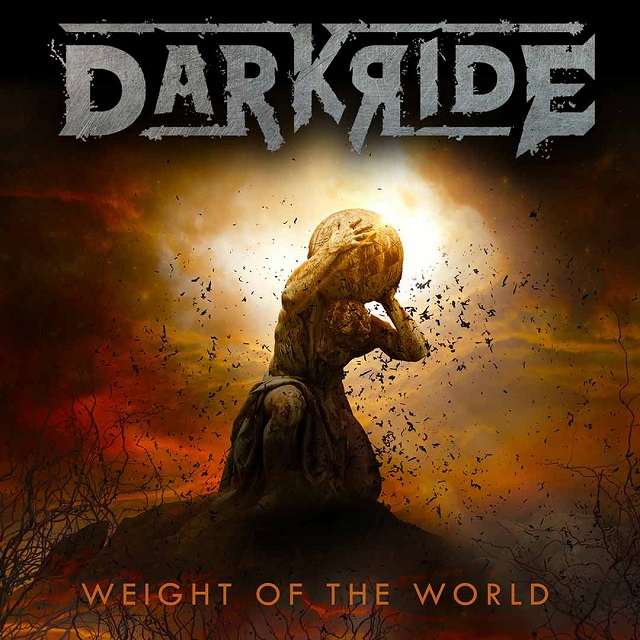 Thick and modern sounding guitar guide this 11 track, 44 minute journey, but vocalist Carsten Kaiser is the most captivating element as he sometimes reminds of Geoff Tate and Myles Kennedy and other times provides a great rasp and harsh histrionics. This guy is a talent and is chameleon like with his ability. The succinct drumming ability of Verbeuren and Talley are noticed and there is a noticeable bass groove displayed within the songs. While the band presents some songs with a dense tempo and others with a speedy groove, at heart they all try to blend it within a strong chorus part. This framing usually works, but cracks at the loaded and violent “Deny Control”, which would have remained better as an aggressive track all the way through. Same can be said for the politically charged “Generation Under Fire”. Political undertones are present in the former track and also the snippet of George W. Bush speeches in the wasted “Justice Will Be Done” and “Dogs Of War”. Proceedings go at a brisk pace until the classical, beautiful acoustic instrumental “Absolution”, which sounds like something more likely found on a power metal record! Overall a decent package of groove centered metal, but tighter songwriting and variance in tempos will pay off in the future.