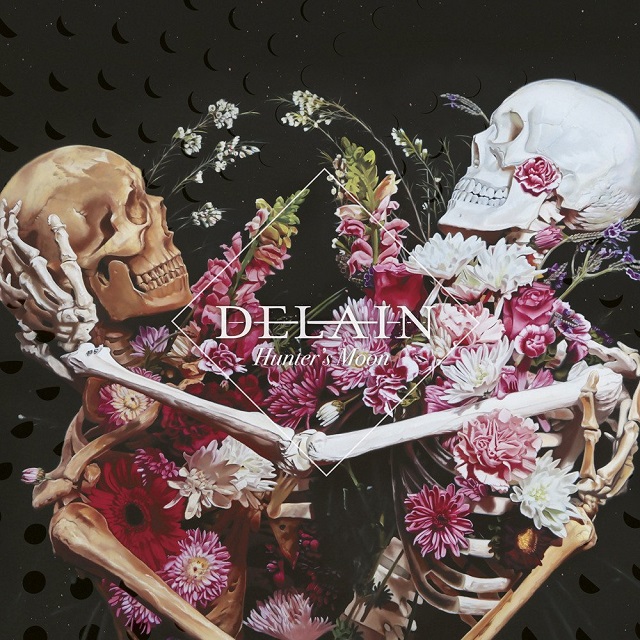 Since the release of their 2014 album, The Human Contradiction, Delain have managed to convince the masses they are not "just" another epic / symphonic metal band out of Holland. No easy task considering Ayreon, Epica and Within Temptation have ruled the roost for years, but as the quality of Delain's songwriting has increased, so has the public's willingness to check out what they have to offer. The Human Contradiction was a huge success for the band and their new label at the time (Napalm), and thus the mining began. The 2016 follow-up, Moonbathers, was preceded by the Lunar Prelude EP containing two new studio tracks and a bunch of live cuts, and the same business model is in place here. Hunter's Moon features four new songs out of 14 tracks, the rest being live cuts from Delain's Danse Macabre Tour, recorded in Utrecht at the Tivoli (also available on Blu-Ray).

It's standing policy here not to review live albums, so I'll say only this: If you enjoy raw live recordings, this is enjoyable. Vocals are mixed a bit loud for my taste but Charlotte Wessels sounds great and is, thankfully, not tweaked and primped by digital cover-ups. Nightwish vocalist Marco Hietala guests on most of the live tracks, sounding as authentic as Wessels in his delivery. Other artists take note... go real or go home.

Hunter's Moon features four studio tracks, two of which will appear on Delain's next full-length album due later this year. "Masters Of Destiny" is the over-the-top first single that features the band pulling out all the stops; a huge, powerful song that showcases Wessels' increasingly noteworthy talents. The title track is more along the lines of The Human Contradiction album, with some smart death metal and harmony vocals slipped into the arrangement to keep things interesting. Exclusive to the EP are "This Silence Is Mine" - a wonderfully weird prog piece composed by guitarist Timo Somers - and "Art Kills" from new second guitarist Merel Bechtold, an electronic flavoured song that could have appeared on Moonbathers but sounds rather pedestrian compared to "Masters Of Destiny" and "Hunter's Moon".

Overall, some solid material both on the studio and the live front, but it seems like a misfire putting a monster like "Masters Of Destiny" on what is essentially a live album. When the new full-length finally surfaces, the songs carried over from the EP will have little or no impact, which in this case is a crying shame. Hats off to the label for dedicating themselves to pushing Delain, but keep the chapters separate. Give me a full 10 song studio album kick in the teeth rather than serving things up à la carte any day.