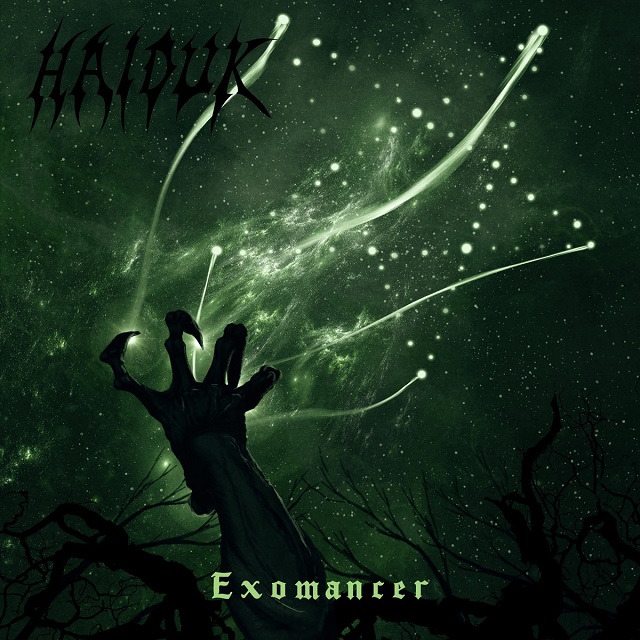 We've been following, charting, and detailing the musical journey of Haiduk since the beginning, so it's a pleasure to give Exomancer a spin and find that the band—actually just one dude, Calgary's Luka Milojica—is laying down black metal of a most majestic variety with Behemothian levels of authority here. Milojica's strong point has always been his riffs, and here they just destroy—see “Evil Art” for an example of how he conjures up the biggies, Milojica's use of songwriting smarts and killer riffage making this sound like the lost Emperor song that was never recorded.

“Subverse” is a technical whirlwind, and “Icevoid Nemesis” shows off Haiduk's slower, sludgier, near-death side, which I appreciate quite a bit, although I respect that black metal is at the heart of Milojica's sound. I also respect the vocals appear to be almost an afterthought, sometimes not showing up for what feels like songs at a time, and when they do it's more of an atmospheric mumble than anything, which is pretty cool. When the music is as strong as it is on “Pulsar”, all twisting, huge riffs and forward momentum, why ruin it with vocals? The riffs feel better than ever here; also improved this time around is the production sound, something that has held Haiduk back a bit in the past, this time things sounding a bit more filled out and powerful. I usually complain a bit about the drum machine, but, man, I've learned that I'm here for the riffs, and they're absolutely fantastic here.