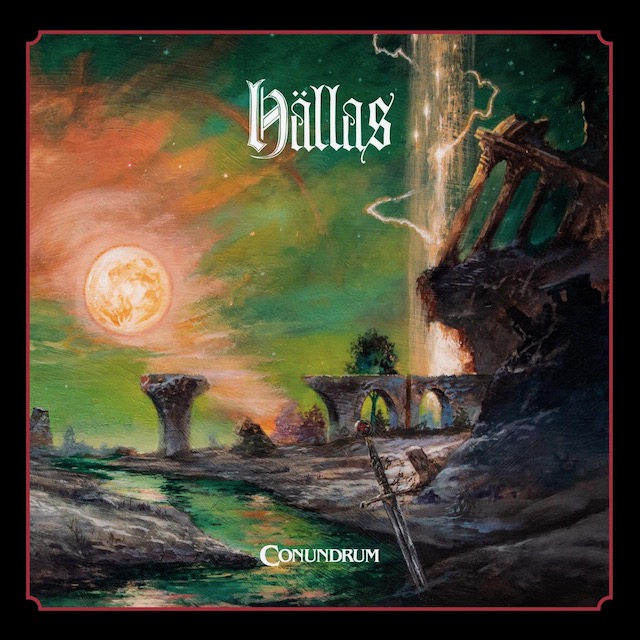 Conundrum, indeed: are they metal, prog rock or the step-son to countrymen Night Flight Orchestra? In truth, a little bit of all. These Swedes were amongst my "Must See" summer festival acts of '19. Onstage, bassist/ vocalist Tommy Alexanderson wore a cape and green eye make-up, looking like he stepped out of a time portal from late ‘60s/early ‘70s Brit prog, ala Genesis or ELP. Musically, they were heavier than on record, where a synthesizer is now requisite. Reportedly the finale part of an album trilogy, can be enjoyed as a stand-alone release, although as time goes by (and Soilwork frontman Bjorn "Speed Strid's aforementioned alter-ego gains esteem and bigger bank accounts), this band continues to morph away from hard rock (less guitar, more keys). They aren't the only ones enamored with NFO, as fellow Swedes Night have already launched a disco-tinged, prophetically entitled pre-release single, "Feeling It Everywhere". Seem no one can resist the infectious sound.

After the 1:41 opening "Ascension" intro, the seven remaining tracks vary in duration, from the 3:16 "Tear Of A Traitor" to the mammoth, 8:53 closer, "Fading Hero", although most clock in around six or seven minutes long. There's an upbeat keyboard romp throughout "Beyond Night And Day", along with moments of a cappella vocals and a nod to Peter Gabriel, as well as early The Who. The dominant feature of an otherwise pedestrian "Strider" is a wayward moog/synth rhythm. Tempos enliven on the album's shortest cut. Can really see them expanding the guitar break, live, on this one. A dancing bounce envelops "Carry On", the label's handpicked focus. After a subdued intro, "Labyrinth Of Distant Echoes" actually is the first one to get the guitar cranking, before taking a prog detour. "Blinded By The Emerald Mist" recalls elements of classic Yes (especially the use of Hammond organ), without being a rip-off. The gargantuan finale rewrites the disco stomp of Queen's "Flash Gordon" soundtrack with whirls and beeps of electronica. In the final two minutes, it's essentially an instrumental workout, with piano, thumping bass, twin, jangly guitars and the odd modulated (70s Battlestar Galactica Cylon) voice.

Probably NOT the album where BraveWords readers should begin their investigation of Hällas, but still a band worth checking out.