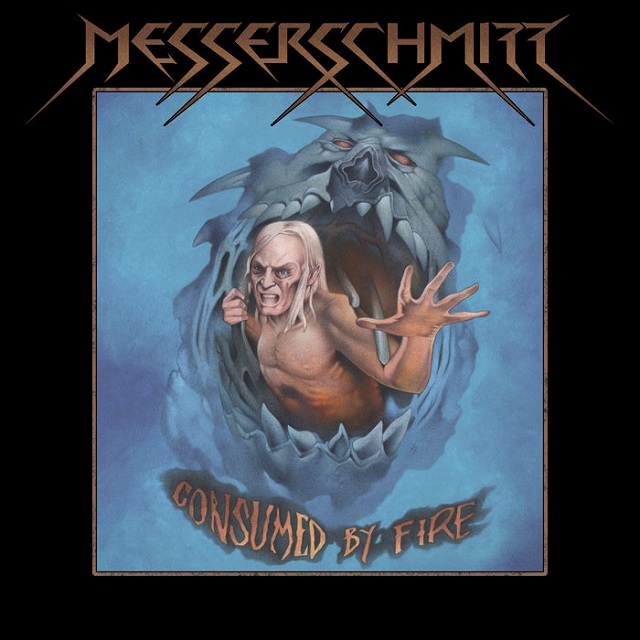 Digital-only sophomore release from German speed metallers, although band's site hints at future physical copies. The Flotsam & Jetsam debut would be an appropriate measuring stick, beginning with the catchy riffing of "Fairchild". At times the pace/sonic density slacken, on this opener, as the singer does a voiceover, but then it returns to the frenzied style. The speed quotient increases for the title track, with twin leads. "The Vanishing Strains" does just the opposite of what the title implies. It starts slowly and for 3/4 of its 5:56 length meanders along, only to speed up, towards the end.

There's a loose, punky feel to fleet fingered "Arms Of Havoc" follow-up. An anti-gun violence video can be found online, for this one. The Flots reference raises its head again, to start "A Masterful Bloodshed". After a count-off, bass rumbling introduces the bouncy, abruptly ended "Hematic Wrath" before a brooding, mid-tempo "And I Crave to Die" finale. Nothing wrong with the approach, yet nothing enticing about it either: workman-like, and given their location, can probably sustain interest and find gigs more readily than less metal-friendly environs. Wish them the best of luck.