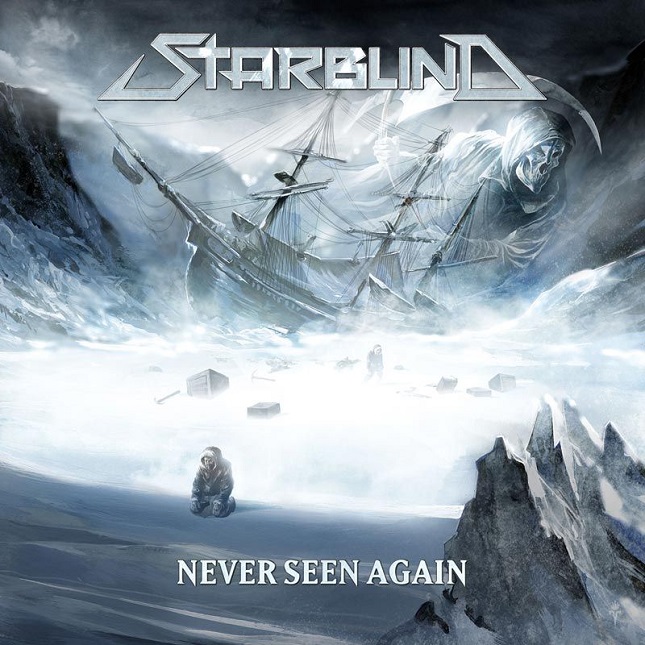 Third album from Iron Maiden obsessed Swedes, this time featuring former Rocka Rollas singer Marcus Sannefjord Olkerud, an upgrade in that department! Seemingly the band/label heeded my 6.0 score and commentary for their 2015 sophomore effort, where I complained about the misgivings of that singer (especially in a band trying to ape Mr. Air Raid Siren, aka Bruce Dickinson) and suggested that if Book Of Souls was a disappointment, then the listener should consider placating their Maiden cravings with Starblind. Lo and behold, the latest promo package features the quote, “If you still have problems with the current material from Iron Maiden, you should try Starblind.” Talk about making lemonade from my sour review! Prominent ride cymbal and cowbell accents only drive home the already obvious comparisons on mid-tempo “Pride And Glory”.

After a brief intro, “The Everlasting Cream Of Flight” quickly locks into a mid-tempo Steve Harris inspired construct. Olkerud stretches into the higher register, more often, on the second track (“The Shadow Out Of Time”, especially the chorus. Only the guitar break hints at their mentors. “Eternally Point” recalls “Afraid To Shoot Strangers” and a couple of tracks off Bruce's solo efforts before rejoining Maiden. “Tears Of A Soldier” is an aggressive nod to early Harris compositions (“Wrathchild”, “Trooper”, “Two Minutes To Midnight”) The title track, seems to recount the ill-fated 1845 mission of Sir John Franklin (a tale of Arctic explorers who perish, by being frozen to death), pulls out all the Brits' reference points. “Demon Rider” is a sing-along ('whoa whoa' gang vocals). Despite similarities to Gamma Ray, “Insanity & Genius” is an original, apart from the omnipresent deference paid to Eddie. Appropriately, “The Last Stand” closes the ten song, 51 minute effort with a bass begun romp. If imitation is the sincerest form of flattery, then Smallwood, Harris, Dickinson & Co should be blushing with all the compliments.