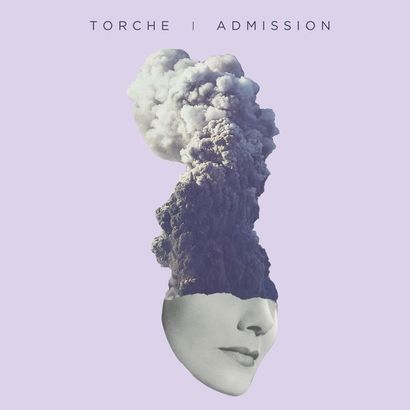 Straight up: I’ve never been a Torche fan. Just never got it. All signs pointed to the band being something I’d dig: a mix of sludge and melodic rock delivered with hardcore smarts, some sort of weird guitar chord that people wouldn’t shut up about for a long time... I was always intrigued but it just never clicked (and I could never even hear that guitar chord for some reason, end result being me just staring, more confused than ever).

Happy to report things are slowly changing with the Florida band’s fifth album, Admission. Although there are still parts where things feel meandering and I want to kinda take the band members’ hands and help them along, I also get now that that’s part of the appeal. “Slide” has awesome guitar work, labyrinthine structure, a shoegaze sound, and the band’s weird mix of sludge and pop; it’s the first song here where I perk up a bit, but then, man, the title track: wow, that’s it right there. I get it. Incredible song, wonderfully written, beautifully executed. Love it. “On The Wire” explores the band’s ability to keep things moving at a snail’s pace but somehow sound uplifting and poppy while basically laying down Eyehategod riffs. Closer “Changes Come” is another incredible song, the band tapping into a controlled, mid-tempo (okay, kinda fast, for them) pace, showing off their songwriting skills to create a memorable, droning closer. It took a long time, but I can finally say I get Torche, and I like Torche.