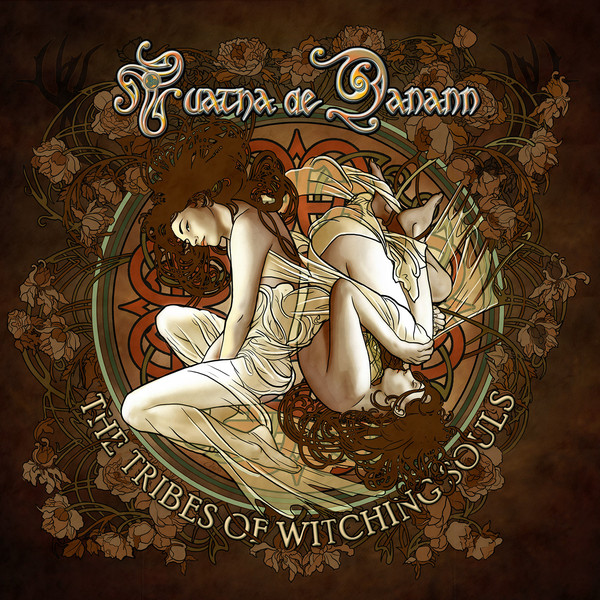 Nine track odds & sods EP from world renowned Brazilian outfit. Named after a supernatural race in Irish mythology, for more than 20 years, Tuatha De Danann have thrived (even played Wacken), borrowing the Celtic folk ethos (and sound). Banjo, tin/penny whistles, bouzouki, bodhrán and lilting jigs, backed by electrified rock instrumentation is an infectious mix. Think a full album of Blind Guardian's “Bard Song”, sung by The Chieftains (or Great Big Sea, for the Canucks). In addition to collaborating with ex-Skyclad/Sabbat/Clan Destined singer/lyricist extraordinaire Martin Walkyier, the band also saw fit to rework a pair of old tracks (as well as offering demo versions of two others). Walkyier reprises his role as guest voice, something first accomplished on “Rhymes Against Humanity” (included here in '04 demo form) for their '15 Dawn Of A New Sun disc.

The title cut kicks things off, a spirited pub sing-along. “Turn” isn't a too far afield of the stuff Nightwish has composed, since Troy Donockley has joined the band. With fierce wind sound effect and female vocals, an acoustic laced “Warrior Queen” recalls Blackmore's Night. While a title like “Your Wall Shall Fall” seems squarely aimed at Trump, it is, in fact, ecological, concerned with destroying the Earth via mindless (and egotistical) construction. A call for intelligent humans to look at future implications, although it does throw the jibe, “Jesus Christ came back today, they banned him from the USA.” The most aggro number on display, Martin's still possesses that acerbic tongue. Damn shame he doesn't do more! “Conjura” is a jangly bango led Celtic headbang. Although “Outcry” appeared on the last record (decrying the “Gringos” arrival in the New World, some 500+ years ago, and the misery they unleashed), this is a bouncy, acoustic guitar rendition and female voices have been added to English lyric “Tan Pinga Ra Tan”, off the eponymous debut.