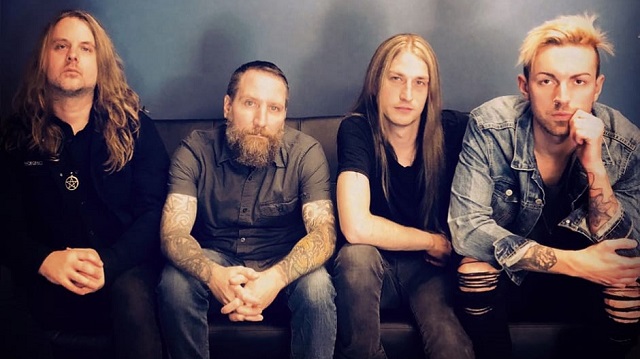 Another gruelling year of heavy metal debauchery is almost over! Killing is our business ... and business is good! And this year the metal scene killed it with a myriad of heavy intrigue! So the votes are in and the compiling is complete! It's time to crown the winners and call out the the disappointments.

So who will be our #1? You’ll find out as we count down the BravePick Of 2018 each day in December! And our devout scribes killed it as well, putting their collective metal minds together to build the ultimate lists including individual Top 20s (new studio albums ONLY), Top 5 Brave Embarrassments (a fan favorite!), Top 3 Concerts, What/Who Needs To Stop In 2018? and Metal Predictions For 2019. All will be showcased come the New Year!

'Tis the season to commence the good, bad and ugly of 2018! On with the cream of this year's crop!

Nearly a decade and half after their formation, Icarus Witch has never sounded so vital. The band’s reinvigorated sound can be traced back to Jason Myers’ (founding bassist) move to Salem, MA and brief sabbatical, reconnecting with his witchcraft roots where he found inspiration and song ideas. Meanwhile, guitarist Quinn Lukas continued writing music back in Pittsburgh. After returning to the Steel City, Myers regrouped with Lukas and the pair demoed their new material for a year before enlisting the vocal talents of Andrew D’Cagna (Brimstone Coven, Ironflame) who rounded out the band’s current lineup. The band hired drummer Jon Rice (Behemoth, Skeletonwitch) to provide the record’s pummeling percussion. Finally, with the assistance of Pittsburgh extreme metal wunderkind Shane Mayer engineering and some valuable pre-production notes from legendary producer, Neil Kernon (Queensrÿche, Judas Priest) the band tracked the album in early 2018. Mixing duties were given to rising studio star, Atlanta-based Brad Cox and the record was mastered in Sweden by Erik Martensson, of melodic rock gods Eclipse.