NAPALM DEATH Frontman BARNEY GREENWAY - "When You Bring Religion, Which Is A Mythical Concept, Into Civic Structures... Absolutely Disastrous" (Video) 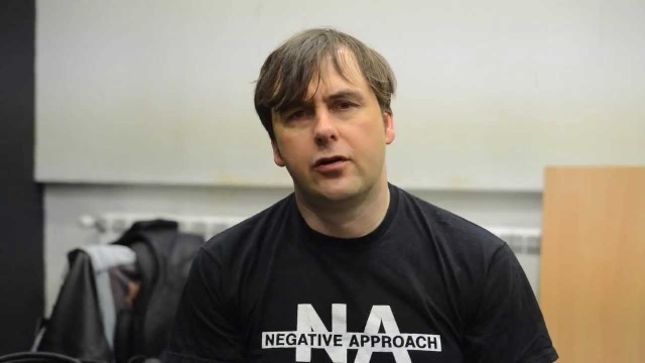 Following is an outtake from Slave To The Grind, a feature length documemtary on grindcore. This excerpt features Napalm Death frontman Barney Greenway offering his thoughtson religion.

Check out the Slave To The Grind YouTube channel here and go to their Facebook page at this location.

The producers of the Slave To The Grind documentary have released classic footage of Napalm Death on November 28th, 1988 in Uppsala, Sweden. The set features soon-to-be Cathedral mainman Lee Dorrian on vocals.

Check out Bravewords’ review of the film here.