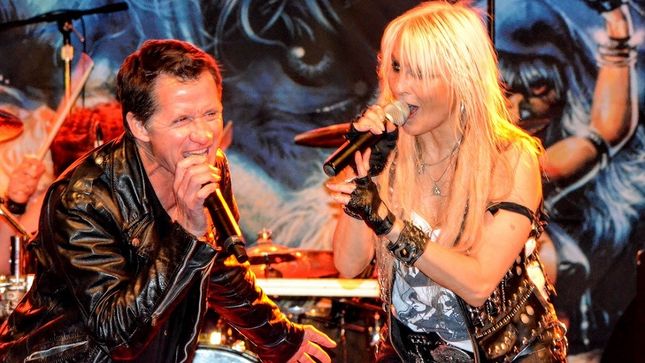 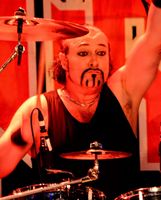 OK, the building and surrounding neighborhood has undergone a MAJOR reconstruction (including the demolition of the adjoining Fast Lane club, to make way for a patio bar), but the town and Asbury Lanes (yes, there's still some operational bowling alleys housed within) will always be considered The Boss' stomping grounds. The arty, newly refurbished club, was once a punk hangout, in a seedy section of Asbury Park, right off the ocean and just down the road from both the Paramount Theater and, in the opposite direction, the legendary Stone Pony. In the ‘90s, the area hosted many metal shows, the biggest, the annual multi-day March Metal Meltdown, in the cold, vacant and crumbling Convention Hall. Although ocean-front property, the landscape was all but forgotten, the boardwalk deserted, with only tales of its heyday holding any interest. Today, there are new hotels (including one financially connected to Asbury Lanes), a couple of microbreweries and many new shops/eateries dot the scenery. Sort of surprised they let the black-shirted horde invade. That said, there's no free street parking, kiosks requiring a $1 per hour advance payment, during non-summer months. In the afternoon, diner attached to the club saw bands alternate between eating and sound checking. While Metal Church were on, Chris Caffery grabbed a bite to eat and when done, Kurdt Vanderhoof joined us in the chrome & tile, leatherette booth, ‘50s styled eatery. During the show, the same food was available to club patrons, at the same price, served from a convenient window, the diner itself off-limits.

Offering direct support, and going onstage at the unusually early hour of 7 PM, Doro Pesch was down three men from her touring European line-up. As on past, short term jaunts through North America, she enlisted former Warlock guitarist Tommy Bolan and TSO/ex-Savatage string-bender Caffery. However, mainstay drummer Johnny Dee was back in Germany, on paternity leave, after the birth of his son. Congrats Johnny! "I Rule The Ruins" and "Earthshaker Rock" are a potent 1-2 opening punch. Under blue lights, Doro visits all corners of the stage, throwing the horns and imploring those in attendance to raise their collective voices and thrust fists. Behind her, Caffery and perpetually bouncing bassist Nick Douglas (aka Metal Tigger) offering backing vocals. Doro slaps hands and interacts with the crowd, throughout. Stage left, sweat-soaked Bolan cranks out ungodly noises from his guitar. Interesting, that with he and Caffery in the band, the setlist offers more speedy numbers, in fact, "Für Immer" is the lone quiet moment of the night. Prior to red/yellow lit "Raise Your Fist in the Air" Ms. Pesch introduces the players onstage, lest the substitute faces cause confusion. "Blood, Sweat And Rock ’n’ Roll", one of two aired from the recent Forever Warriors collection, has an almost punk delivery and old Warlock chestnut "Burning The Witches" is a titular chorus call & response moment. The hair flipping, black leather clad chanteuse plays off her old band mate Bolan, who is a scene stealer, Caffery content to merely be a supporting cast member. Surprising inclusion "The Night of the Warlock" is bathed in yellow, seguing into Bolan's histrionic solo spot. Douglas was stage left, to begin "Hellbound", where he, Doro and Tommy are spasmodically jerky rag dolls. Great to see "Metal Racer" in the North American set, all too often dropped when performing here. Constant blue lighting for "East Meets West", Bolan working towards center stage, filling the song with more notes than ever, as the bassist contributes backing vocals for the chorus. Douglas is on the keys for the aforementioned ballad, Doro having enough time to change into white Motorhead tee, for the remainder of the show. For her rendition of Judas Priest's "Breaking The Law", Mike Howe sang a duet with Ms. Pesch and hugs all around as he exited the stage. Amongst the sea of hand slapping and sweat plastered hair, Caffery interjects the riff from Metallica's Enter Sandman", on a repetitive loop, to the final strains of blue hued "All For Metal", which become evening ending "All We Are". Bolan and Pesch traded stage locations for the sing-along finale.

Ironically, today was the 14th anniversary (if you celebrate those kind of things) of original Metal Church singer David Wayne's death. The Church kicked off with a pair of relatively new songs, opening with the title track from the recent Damned If You Do disc (two others, from that album, would also appear in a running order heavily skewed to the glory days), plus "Needle And Suture". As "Badlands" kicked in, the old school centric crowd roared approvingly. Bassist Steve Unger and Vanderhoof were side by side as Rick Van Zant took the solo. The intro to "Gods Of Second Chance" was lit in green, both guitars center stage. Arms outstretched, Howe puts finger to his lips, trying to silence the "Metal Church" chant between songs. Streams of yellow frame Unger & Vanderhoof, stage right, as the fans voice the chorus on "Start The Fire", backing vocals courtesy of Vanderhoof and drummer Stet Howland. Speaking of the drummer, during his solo Howland demonstrates some hand drumming, even playing drums and cymbals with empty beer bottles! Under red lights, "No Friend Of Mine" features Van Zant in white spotlighted solo, leading to the previously mentioned percussion display. Before blue lit "Watch The Children Pray", Howe introduced the band and during the song, he bobbed up and down, arms outstretched. He teases each line of the chorus, completed by the crowd. Ride cymbal augmented "The Black Things" comes next. Kurdt lays down the stomping military cadence that opens "Beyond The Black", the lone tune from the debut (even their signature tune is ignored!). In short order, Under joins him, stage right, as the audience shouts the titular chorus on this guitar frenzy. Speaking of aggressive guitar, Howe skanks around during "By the Numbers", which closes the proper set. Metal Church return, for a one song encore: "Fake Healer". Howe jumps like a freed jack-in-the-box (when not on his knees, singing directly into the faces of those at stage's edge), as Unger imparts the bass heavy rhythm and Van Zant handles the solo.

Progressive leaning Images Of Eden, from Arizona, is the opening band, featuring guitarist Byron Nemeth, who I've not seen in probably 30 years, both our musical paths beginning in Cleveland, Ohio, during the ‘80s. Small world & getting smaller!