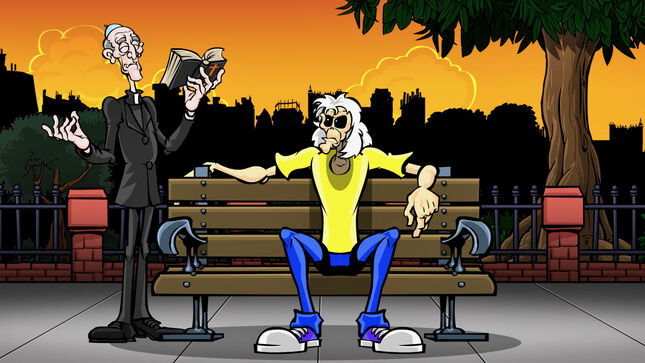 Brazil-based animator Val Andrade has released his latest Iron Maiden cartoon clip featuring "For The Greater Good Of God", from the band's 2006 album, A Matter Of Life And Death. Check it out below: