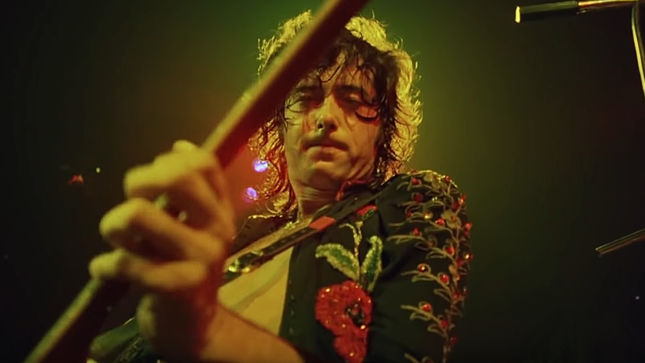 TikTok announced today that the music of Led Zeppelin is now available to its community. The band has also launched their own official TikTok account (@ledzeppelin) that will feature Led Zeppelin artwork and graphics, classic live performances, and other video content.

TikTok users can now create videos soundtracked to any song from Led Zeppelin’s full discography, encompassing over 100 total songs across their landmark studio and live albums, including some of their most legendary tracks such as “Whole Lotta Love”, “Stairway To Heaven”, “Immigrant Song”, “Rock And Roll”, “Black Dog”, “Ramble On” and “Kashmir”.

Led Zeppelin remain one of the most groundbreaking and popular groups in modern music, having sold more than 300 million albums worldwide. The band was founded in 1968 by Jimmy Page. Along with Robert Plant, John Bonham and John Paul Jones, they began a 12-year reign during which the group was widely considered to be the biggest and most innovative rock band in the world.

November 8 marks the 50th anniversary of their milestone fourth album Led Zeppelin IV, produced by Page, which continues to be one of the most artistically influential and commercially successful albums in the history of music and the sixth best-selling album of all time in the US Led Zeppelin continues to be honored for its pivotal role in music history, counting a Rock & Roll Hall Of Fame induction, a Grammy Lifetime Achievement Award, and the Polar Music Prize among its many accolades.