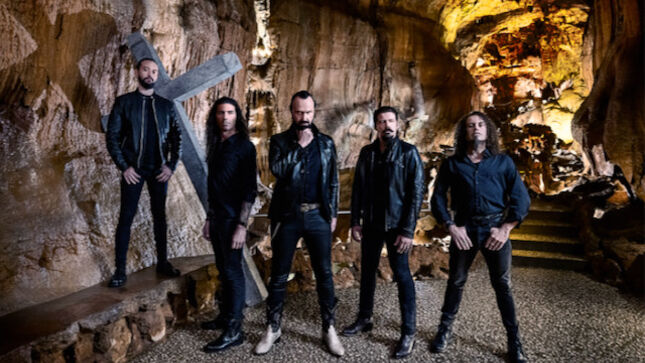 Due to high demand, Portuguese dark metal masters Moonspell (who just released their new album Hermitage via Napalm Records), have announced the official reissuing of their monumental record Extinct (2015), and its successor, 1755 (2017). Both masterpieces will be re-released on vinyl on July 2 via Napalm, but order yours soon - each will be limited to just 100 copies available worldwide.

With Extinct, the band’s 11th studio album, Moonspell set the world aflame. The worldwide chart topping album - which landed at #1 in Portugal for several weeks - represents the band at their most experimental and impassioned, and is one of their most successful records to date. Its enthralling mix of darkness and beauty, modern riffing, Fernando Ribeiro's somber vocals and blackened melodies showcase Moonspell’s grandeur in perfection - always one step ahead of the rest, always resisting all genre boundaries!

Two years later in 2017, Moonspell outclassed all standards with the colossal 1755. From the first weighty second, the conceptual dramaturgy of this record feels like a detonation of the mind. Playful and spirited, 1755 is an incomparable masterpiece. Telling the story of the year of horror, when a giant earthquake wrecked their home of Lisbon, naturally this album is performed completely in Portuguese. 1755 is an orchestral adventure including strings, bongos, epic choirs and vibrant grooves, and the grand guitars are just a tiny part of this amazing piece of work. The album also features Paulo Bragança, supplying his haunting voice to a Fado fallen angel who plays an important role in Portuguese culture. 1755 is an adventure of Portuguese medieval landscapes full of stunning highlights guarded by stirring hymns; emotional, technical and completely breathtaking.

"What I am most proud of in regards to all Moonspell records, is that nobody forgets about them,” says frontman Fernando Ribeiro. "Extinct and 1755 might have been sold out/out of print on LP for a few years, but they’re back on the market by popular demand, amazingly edited, and ready to be rediscovered and added to any proudly die-hard Moonspell fan collection. More to come, stay tuned under the spell!" 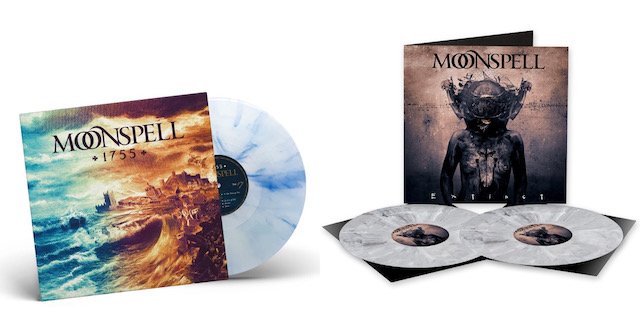