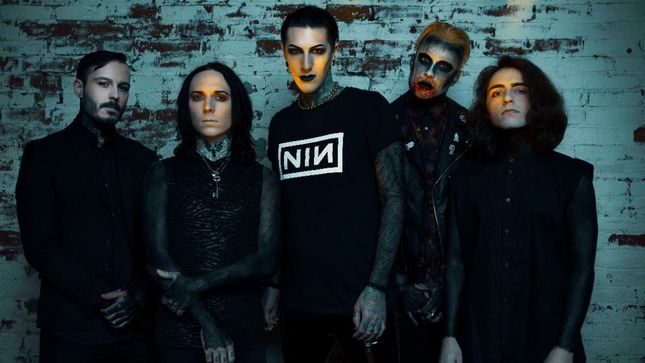 Motionless In White have announced Deadstream #2, set for broadcast on June 9 from the infamous Pennhurst Asylum in their native Pennsylvania. Tickets and merch bundles are on sale now over at miwmerch.com. Ticket holders can either watch the stream at the broadcast time, or during the 48hr video-on-demand window on 10th/11th June.

The band tell us, "We're kicking off the summer of 2021 with a Deadstream sequel! We will be performing from the Pennhurst Asylum in Pennsylvania on June 9th. We are so excited to play for all of you across the world again, and to do it in such a special and unique location." 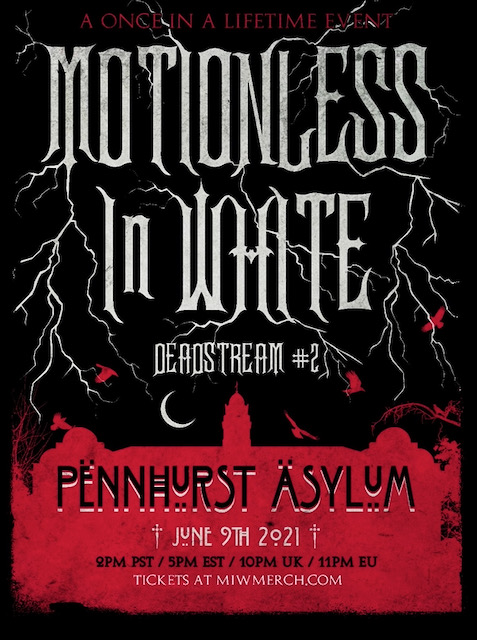 The band's debut Deadstream happened just prior to Halloween 2020, to celebrate the 10th Anniversary of their acclaimed debut album, Creatures. Shortly after, the band surprised fans with a cover of The Killers’ "Somebody Told Me", which is available now on all streaming platforms. Check out the official visualizer below:

Motionless In White will return to the UK in early 2022, alongside their friends in Beartooth. Tickets are on sale now.