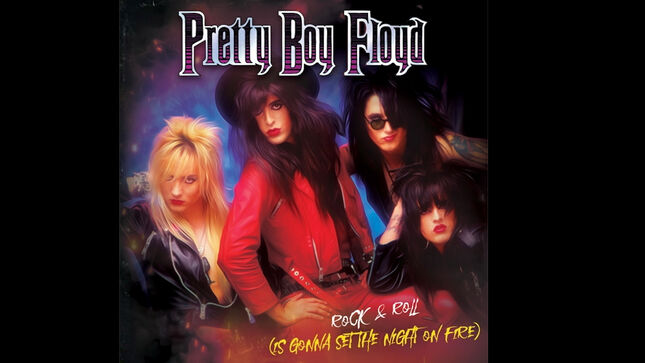 One of the most endearing character traits of John Cena’s muscle-bound DC comic book superhero Peacemaker, from HBO’s wildly popular series of the same name, is his love of obscure ‘80s glam metal. From The Quireboys to Firehouse, Faster Pussycat to Pretty Boy Floyd, the series’ soundtrack is brimming with some of the best undiscovered gems of Hollywood’s hairspray-soaked melodic metal.

Now, one of the tracks showcased in Episode 7 of Peacemaker is coming to a limited edition pressing of 7” vinyl. Pretty Boy Floyd’s magnificent hard rock anthem, “Rock And Roll (Is Gonna Set The Night On Fire)”, was originally released on the band’s 1989 classic album Leather Boyz With Electric Toyz, and later re-cut with a more current line-up of the band in 2004. More recently, producer and guitarist extraordinaire Mark Gemini Thwaite created a new mix of the track that amps up the bombast and energy to 11. The track is featured on the A-side of the 7” while a re-cut version of “Leather Boyz” comes as the B-side. 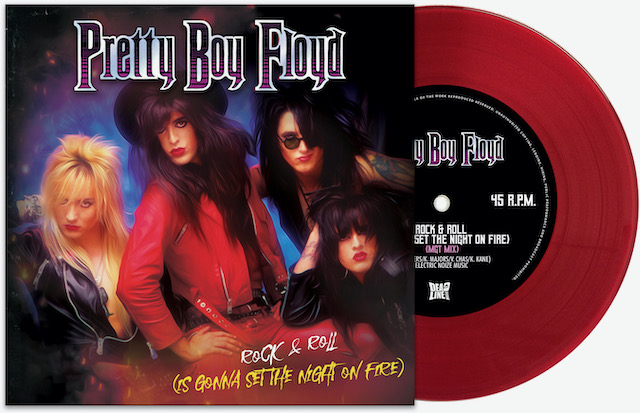 Side B
"Leather Boyz With Electric Toyz"