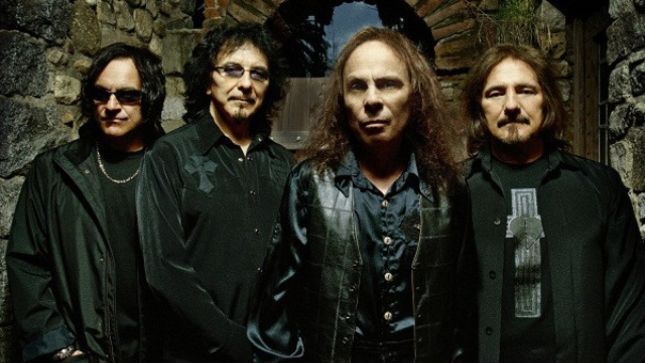 Drum legend Vinny Appice is featured in a new interview with Mark Dean for Antihero.

In the following excerpt, Appice - who performed on Black Sabbath's Heaven And Hell album tour and played on its follow-up, Mob Rules - discusses his time with Sabbath, if they are just another band he worked with, or if he has a particular fondness for that period:

Says Appice: "Sabbath, well, it’s so legendary. That’s like a whole learning experience, going on tour and playing with Tony, Geezer, and Ronnie. I learned so much stuff and playing big places. Everybody’s so pro. So, I kept my eyes open and picked up a lot of things from them. No, that was absolutely special. It’s such a legendary band. It’s even more legendary now than it was when I was playing with them. Now it’s like, “Oh my God, Black Sabbath.” Legend, because it’s long enough, I guess. Yeah, that was just amazing… I was lucky to get to play in that band at that time, and then move on with Ronnie at the same time. Legendary Ronnie, legendary Dio."

Read the complete interview at AntiheroMagazine.com.