YES’ STEVE HOWE Recalls Playing On QUEEN’s “Innuendo” – “They Said, ‘We Want You To Play On That; Why Don’t You Race Around Like Paco De Lucía?’” 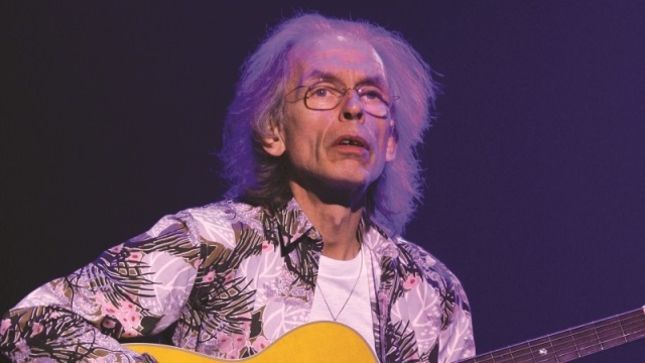 “I was in Montreux, and Queen were recording at Mountain Studios—the same studio where we made Going For The One. I go in, and they played me the whole album, but they saved ‘Innuendo’ until last. I was incredibly blown away. They said, ‘We want you to play on that. Why don’t you race around like Paco de Lucía?’ Brian May had three Gibson Chet Atkins, which are Spanish guitars. I found one I liked, we started doing takes, we tried different approaches, and then we went to dinner. After dinner, we went back to the studio, listened through, and comped together what you hear today. It was just a lovely experience with a lovely bunch of guys.”

Read the rest of the story at Guitar Player.

Legendary Yes bassist Chris Squire died on June 27, 2015 in Phoenix, AZ at the age of 67. Squire, who co-founded the band in 1968 with singer Jon Anderson, was diagnosed with Acute Erythroid Leukemia, an uncommon form of Acute Myeloid Leukemia (AML), earlier this year.