DEVIL'S GUN - Sing For The Chaos 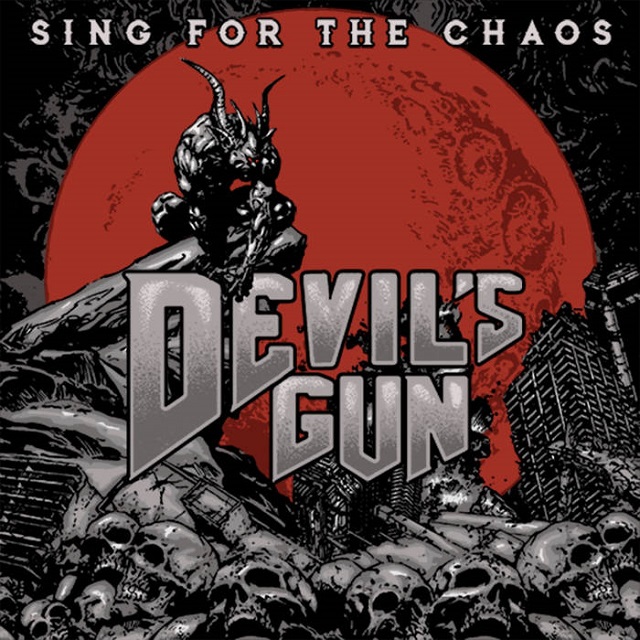 Sophomore effort from Swedish heavy metallers. Like so many of their countrymen, Devil's Gun have an affinity for the classic metal of the ‘80s, not the Sunset Strip variety (although there's a ton of them coming out of Stockholm these days), but rather the oft overlooked (but musically superior) European ideals. The target here is Udo Dirkschneider fronted Accept (plus a hint of Blitz, from Overkill), due to the gruff vs. high pitched vocals from Joakim Hermansson. There's no “Fast As A Shark” nor “Restless & Wild”, but plenty of heads down, fist-pumping music. Think Metal Heart era.

“Electrical Shock” gets the double bass drums syncopating, but generally, they keep things mid-tempo. Sure, Sweden already has Bullet (who are preferable, due to greater range of dynamics), but with Accept off on the symphonic kick, might be a while before we hear new music, and probably not as ‘80s sounding as this. Actually, the concluding “On The Road” is very reminiscent of their better known countrymen. Can practically see the guitarists swaying side-to-side on “Lights Out”, the six-strings adopting a grittier tone. The title cut initially adopts an acoustic guitar, before heading back to trademark territory. “Queen Of Destruction” opts for a bit of Sunset Strip into the mix: Balls to The Wall meets Motley Crue, if you will, but “Alligator Fuck House” is as bizarre as the title, a lone misstep on an otherwise solid platter. If you're like me, believing one can never have too much Accept, then Devil's Gun aim to please.