HENRY KANE - Age Of The Idiot 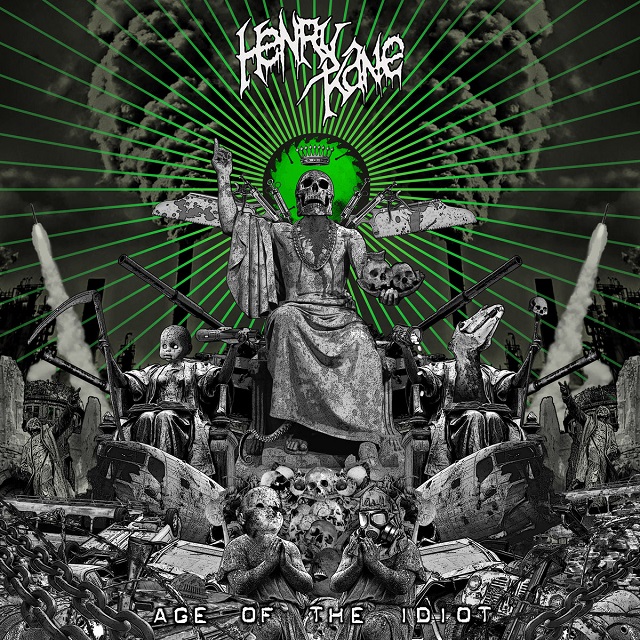 Seeing that the poorly named Henry Kane is “joined by a slew of new members” in the press material accompanying this release doesn’t really inspire a lot of hopeful thoughts, but rest assured, when you’re playing grinding death metal of this intensity, the individual members really don’t actually matter that much. What counts is the end result, and here this band—led by Jonny Pettersson of Wombbath—totally kills it once again.

Their 2017 debut full-length was a monster, and here the band follows it up by ramping up the battlefield DM trudge, songs like “Tidens Tand” a heavy, Asphyxian-meets-Bolt Thrower war cry, while “Entrenched In Nihilism” is a failure march for the ages, recalling crust/hardcore legends His Hero Is Gone. The crust and grind, and the crusty grind, is still all over the place here, the band applying it all to a death metal framework, one that nods to the aforementioned genre titans, although firmly through a crusted-over grindcore framework, especially as the album comes to a close and things start getting shorter, faster, louder, grinding and grinding until it all ends and you just think, goddamn, this band is good. Real good. I honestly think that name is going to work against them, as Henry Kane (ugh) is right up with some of the best in the game, and they bring their own flair to things, which is not something that can often be said about bands operating in the death and grind warzones.