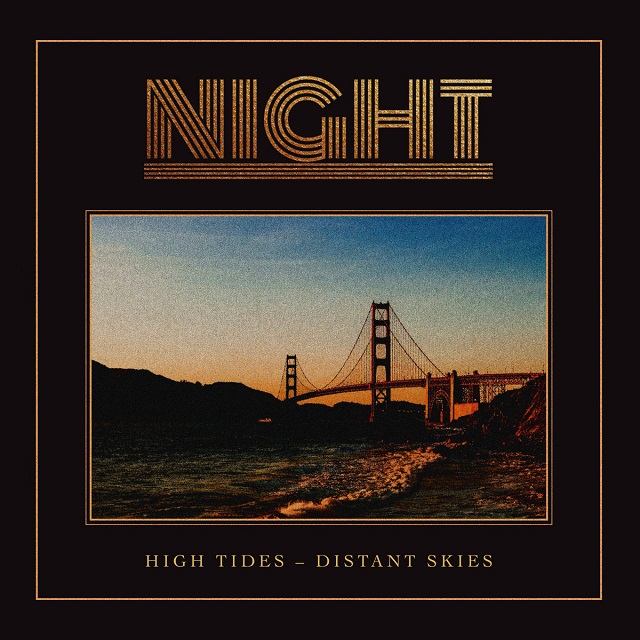 Continuing to morph, from traditional metal outfit, through hard rock Raft Of The World (which ended up #2 in my Best of 2017 tally) to the current incarnation, these Swedes exude quality, regardless of genre tag. Like High Spirits, Hällas and probably most radical, Night Flight Orchestra, the scope of "what" metal fans are listening to, continues to expand. Unfortunately, for purists, the two songs on the pre-release 7" (both non-album tracks), are the strongest, most "metallic" compositions.

Like similar-minded Norwegian neighbors, Flight, this quartet are obsessed with a ‘70s rock sound, especially the vintage guitar noises. As someone who cut his teeth on music during that era (eventually locking in on metal), got a Dire Straits vibe from the acoustic, jangly "Crimson Past", even without the accompanying piano. Seems a focus this time around was on shorter, big hit potential compositions.

Kicks off with "Shadow Gold", one of the airy, upbeat numbers, but with a funky shuffle mid-section. Abruptly ended, like most of its surroundings, it's over quickly (just two of the nine offerings eclipse five minutes, and most are completed in less than four). "Falling In The Black" sounds as if it could have been an outtake from the last album, albeit with a bit more airy melodies. Speaking of uplifting, "Running Away', with piano enhancements, is a tasty piece of ear candy. Simple, open chord riffing is the backbone of "Here On My Own". The most different inclusion is "Lost In A Dream" (at 5:07, also one of the lengthiest), which has more of a ‘60s California vibe. Think the Mamas & The Papas' "California Dreamin". By contrast, there's a couple of raw "Sweet Emotion" (Aerosmith) riffs in the punky aggression of "Give Me To The Night". The synthesizer plays a major role on the closing, infectious party anthem "Under The Moonlight Sky", in the vein of many an ABBA staple.

Would love an opportunity to hear how these come across onstage. Maybe one day!