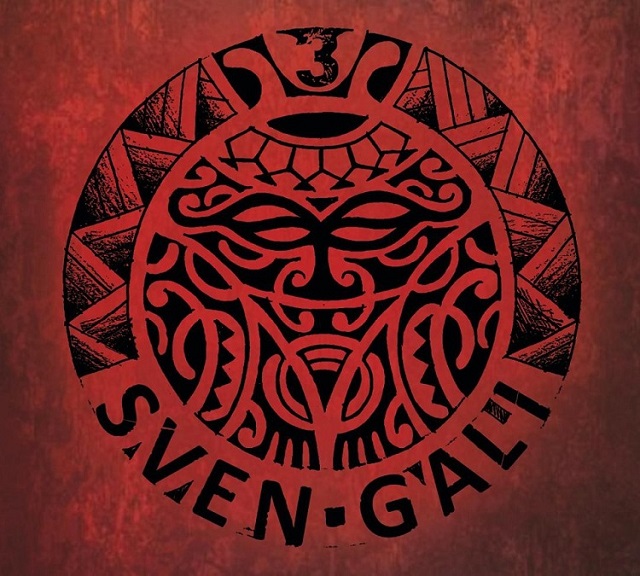 Some may remember the Canucklehead tribe Sven Gali making a name for themselves with their thundering self-titled 1992 debut. For a band that had been pegged as a Skid Row clone - shots fired by a certain singer - the odds were against them as grunge began to assert itself, but Sven Gali managed to get a well-earned foothold and keep it for a few solid years. Then somebody suggested adding a few extra parts Seattle to the sound and things quickly fell apart following the release of their second record, Inwire, in 1995. Twenty-five years later, three of the band's five original members (Dave Wanless, Andy Frank, Sean Minden) have returned with Varga brothers Dan Fila and Sean Williamson filling the gaps, coughing up a welcome return to form in the four song EP, 3.

This is in fact a compilation of three new songs that got the streaming treatment between 2018 and early 2020, with an unreleased gem from Sven Gali's early days tacked on for good measure. "Kill The Lies" and "You Won't Break Me" capture the overall vibe of the debut album - dark and dangerous - with no sign of the grunge-era baggage that derailed them, and it's a wonderful thing to hear if you were fan way back when. Vocalist Dave Wanless has lost none of his fire or his magnetism, and "You Won't Break Me" is one of those beauties with an infectious charm. "Now" may well be one of the most adventurous songs in the Sven Gali catalogue to date; definitely not phoned in and most likely slaved over, it features a brilliant arrangement you don't see coming. The EP closes with "Hurt", which previously saw the light of day (and YouTube) as part of the band's set during The MuchMusic Snowjob in Whistler, BC back in 1993 but was never released. Reworked slightly for 3, it's a great way to close things off and cement the band's "We're back!" call to arms.

The only "but" to an otherwise enjoyable listen is that the four songs are pretty close to one another in tempo, so they do kinda run into one another. It makes sense this sort of comfort zone playing turned up given the songs were crafted over a couple years, however, and to Sven Gali's credit "Now" does shake things up with a blistering extended outro. If and when a full-length album shows up, bets are on a varied record in the spirit of the debut. As comebacks go, 3 is an excellent starting point.

Late guitarist Dee Cernile, who lost his battle with cancer in February 2012, would be proud to see his band back in action.