TEMPLE OF VOID - The World That Was 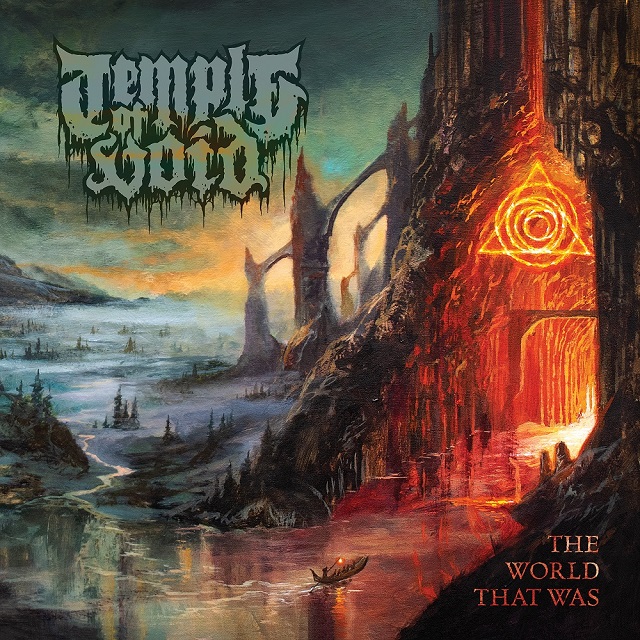 I dig Detroit death/doom band Temple Of Void, my main complaint with the group on their first two albums being that they didn’t have much of a personality of their own, instead bringing to mind greats like Coffins and Hooded Menace with a bit more of a trad doom and even trad metal approach. I mean, that sounds like a personality when you type it out, but it just wasn’t quite there before, but here on The World That Was the band is certainly settling into its massive, intimidating own quite well.

I mean, this is Temple Of Void: opener “A Beast Among Us” is huge, prickly doom/death, and second cut “Self-schism” is brisk death/doom, the band nodding to early Paradise Lost while bringing the glory of pure Sabbath riffs to the grime-caked sludge underworld and then rolling out to the battlefields with Bolt Thrower grace and glory; what a fantastic song this is. “Leave The Light Behind” finds the band’s trad metal leanings shining through with some killer riffing that actually gives the listener some hope; “Casket Of Shame” is just straight-up a great song title and finds the band showcasing their excellent riffs again, an aspect of Temple Of Void that shines through very strong this time around. The almost ten-minute title track closes things off on a grandiose scale as a glorious doom epic and anthem for 2020, and when it finally rings to a close, one thing is clear: Temple Of Void have most certainly arrived.