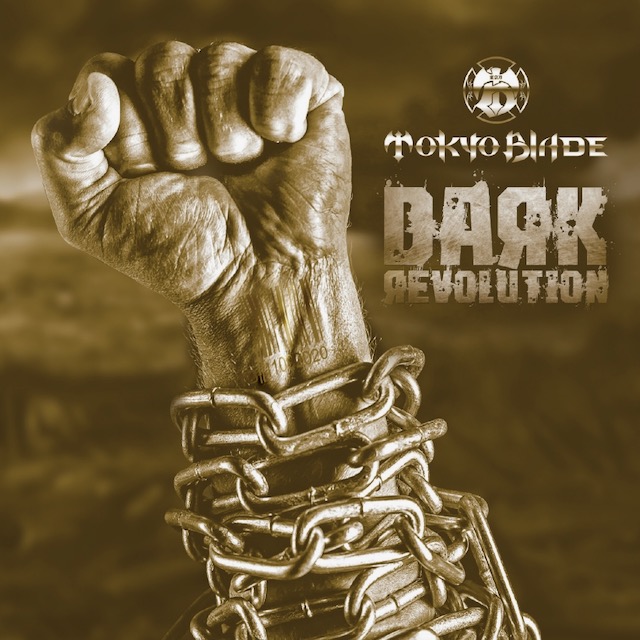 According to original guitarist Andy Boulton (reunited with many of his original cohorts, including singer Alan Marsh), the Blade's ninth album is, "possibly the most aggressive to date." In '83-'84 underground metal circles, as the allure of Iron Maiden started to wane (we'd seen the dawn of Bay Area thrash, as well as countless new, exciting European iterations, as Harry's bunch gained "mainstream" popularity), the self-titled debut and Night Of The Blade (even with March's departure) were seen as a replacement (some would say "copycat") for Maiden, who continued to refine, harkening back to the raw energy of the DiAnno era.

For decades, those were the only Tokyo Blade albums that mattered. With the resurrection festival circuit breathing new life into many a forgotten/inactive band, was inevitable Boulton (who struggled to keep a line-up going) would realign with old mates. Here are eleven songs that don't rehash yesteryear, nor are they watered down tunes by old timers out-of-touch with today. That's not to say that these are guttural, mechanized Pantera meets nu-metal. (Thankfully) far from it. Updated (technology, production, instrumentation, execution, etc.), apart from Marsh's nasal twang, quality straight ahead, no frills heavy metal. In THAT regard, it's sort of unusual in this sub-genre defined age. Apart from the easy sing-along titular chorus, opener "Story Of A Nobody" has a grittier guitar tone and almost a Germanic clickety-clack pacing (although I'm sure they'd prefer a comparison to countrymen Judas Priest). Turns out, it's a positive affirmation. Staccato riffing is also the name of the game on title cut. A head bobber.

Probably the best inclusion is "The Fastest Gun In Town", strong, infectious rhythm, something like Ram It Down era Priest. "Truth Is A Hunter" is slightly more lightweight, but still a rocker that should translate well to the stage, assuming many of these get an airing, between the classics fans have known for almost four decades. The lone anomaly is "Perfect Enemy", there's something about the vocal delivery that reminds one of Faith No More (Mike Patton). Speedy "See You Down In Hell" could be a blast from the past. Oddly worded, in title, but spirited "Not Lay Down And Die" is a statement of perseverance.

Won't displace either of the vintage discs from the Tokyo Blade pantheon. But given the chance to see the band live, rather than go grab a beer, wouldn't mind hearing a few of these (between the aforementioned) and a bigger compliment I can't envision.