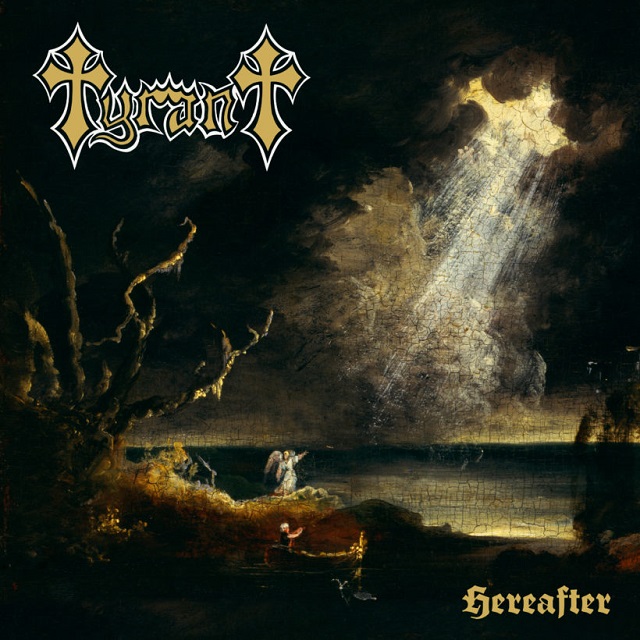 California heavy metal titans Tyrant returns with their first full-length in 24 years! This unit released three albums from ’85-’96 before going on hiatus and then reforming in 2009. Of course there is going to be a lineup shuffle from all that time gone so in the fold is original bassist Greg May, guitarist Rock Rockwell, newer drummer Ronnie Wallace, and ex-Candlemass singer Robert Lowe on vocals! Speaking of Candlemass, collecting a huge Nightfall, Ancient Dreams vibe from that cover art.

With a stiff drum sound and production lifted from 1985, Tyrant unleashes its wrath with spoken intro before erupting into “Dancing On Graves”. Hereafter takes an interesting trajectory with the first few tracks riding that aggressive, up-tempo trad heavy metal with buzzing guitars and Lowe showcasing his commanding presence before things take a turn into the doom metal territory and visions of Sabbath enter the frame. Devastating riffs grab the lead in “Fire Burns” and the 8-minute stomper of the title track. Keys make their way in to the thundering and methodical “When The Sky Falls” while acoustics lead the menacing “Bucolic”. The tempo picks up again with the final two cuts, “Beacon The Light”, and “From The Tower”, with the latter being a tremendous closer that ignites the flames brought on by their peers like Cirith Ungol and Omen. Heavy metal is alive and well and it warms the metal heart to see these older acts coming back to life with new material. Hail the Tyrant!