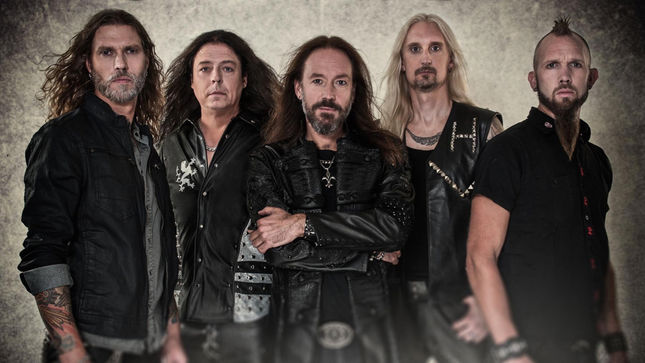 “Hammer high until I die!” cries vocalist Joacim Cans on HammerFall’s tenth opus Built To Last. The Swedish heavy metallers returned this year with something to prove to all the doubters and showed that the hammer will never stop striking.

Bassist Fredrik Larsson shared with BraveWords the meaning behind the album’s title:

“It’s pretty obvious. When we recorded our first album, Glory To The Brave, back in ’97, we were in a climate where there was a lot of grunge, and this kind of metal was pretty much dead. So when we recorded that album, no one thought we would record another album. And they pretty much laughed in our face with what we were doing. But now, almost 20 years later and ten records, I think we’ve proved them wrong, and showed them HammerFall is definitely built to last.”

Talking about the similarities and differences to previous HammerFall albums, Larsson stated:

“I look at Built To Last as really closely related to the (r)Evolution album. Because before that, we had a break for a little bit - over a year - and then we entered the studio with a hunger. We wanted to show the world that we are still able to make good songs, and we have the energy and we want to tour and do everything around it. And this time, I think we pretty much had the same feeling. It was recorded the same way - with pretty much the same people. Fredrik Nordström as the producer and we recorded the guitar, bass, and drums in Oscar Dronjak’s Castle Black Studios [in Harryda, Sweden]. So it was pretty much the same thing. Except for David [Wallin], our new drummer. That’s a big difference. I mean, we’d been touring with David for a long time, so we know each other, and he’s a really energetic person, and brings a lot of energy to us. But it was the first time in the studio with him for us. So that was exciting. But it seems like we worked pretty much in the same way as he does. So it was really easy to do that kind of stuff.”

Read more of the feature here. 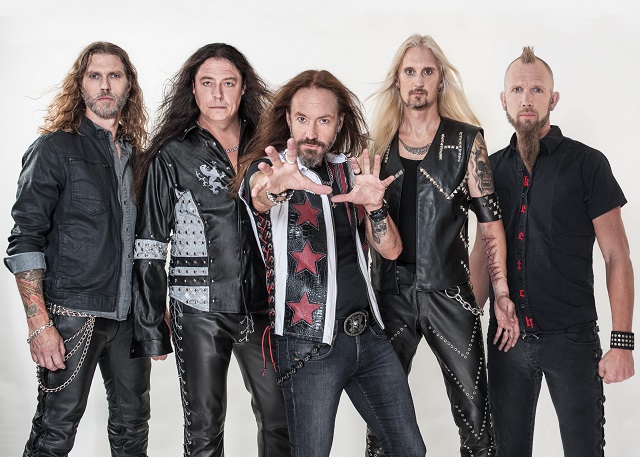 Scribe Mark Gromen handed out a score of 8.0/10 for Built To Last stating:

“After ten albums, don't expect the game plan to be radically altered, do you? ‘The Star Of Home’ is an air guitar/drum splendor. A call to all metalheads, old or new is the backbone of ‘New Breed’, with a slightly more modern sound and keyboard begun ‘Second To None’ closes out this strong effort. Don't expect anything you haven't heard before, just the best moments from their metallic past.”

Check out the review at this location.