ABSTRACTED Talk Making Of Atma Conflux – “It Was Literally Blood, Sweat, And Tears” 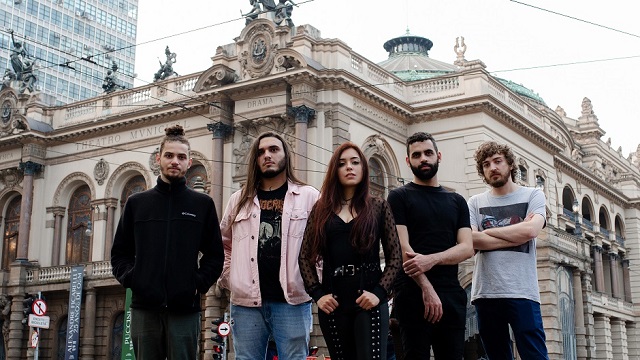 Brazil’s Abstracted take listeners on a journey into the mind and ancient myths with their debut full-length Atma Conflux, out now via M-Theory Audio. Atma Conflux pulls no punches on its seven song, 64 minute record that is true technical / progressive death metal that balances aggression with melody, dense rhythms and stunning instrumental work. It’s a lot to take and in and digest, but well worth the effort from this brazen band.

Matiussi and the band’s former drummer had an interest in myths surrounding Buddhism and Hinduism. The concept dives into “the nameless man” who loses everything and is about to take his own life when two spiritual entities appear to him – The Lunar Body and The Solar Body (a reference to Tibetan Buddhism called “Tulpa”) and they clash.

It is quite the complex undertaking to merge all these topics and then fit it into a coherent story under the guise of progressive death metal.

It was something the singer always wanted to do, “We tried to summarize this up and give it our best because we had these seven songs and they were progressive songs. And I always dreamt about composing a concept album per se and we thought it could be a cultural concept and draw these ideas and construct the narrative.”

Are there any concept albums that stick out to you?

“The first concept album I listened to, was Operation: Mindcrime by Queensrÿche. My father is a huge Queensrÿche fan and it blew my fucking mind! My father is a huge progressive metal fan and they are known for writing concept albums and when I discovered a silly, little album called Ghost Reveries by Opeth, I kind of knew I had to do that. Also, The Parallax by Between The Buried And Me; I needed to tell a story. I like playing role-playing games. I’m a dungeon master (laughs). So, I like creating stories, you know?” 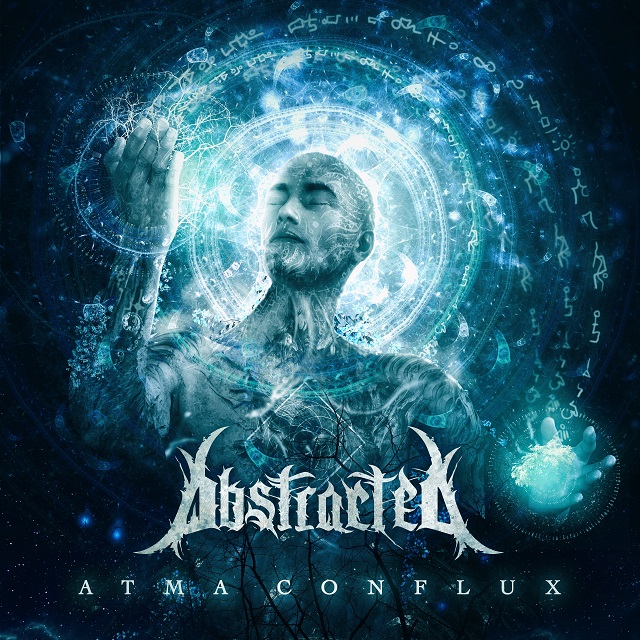 It had to be a challenge to tie this all up in this tricky, technical death metal. But as the Abstracted frontman puts it; it was fun more than anything.

“Well, it’s funny, when me and Guilherme [Nolasco], the previous guitarist, we were in a time of our lives that we were young, we were teachers, and we discovered our love for technical music together because we had a thrash metal band and we were talking about the album Mental Vortex, by the Swiss metal band Coroner. And we fell in love with that! Our first record [Ophidian EP] had a lot of thrash metal influence. So we kind of talked about technical music in general and we decided that it’s funny because I think we wanted to prove something to the world. We were like teenagers back in the day and we were like, we need to play technical music that one else can!”

Speaking of challenges, the recording process brought its own miseries with health scares and scheduling conflicts that delayed the release of the album.

He explains, “During one of our recordings, our guitarist, the previous guitarist, he almost died from a lung infection! He was hospitalized and man, it was literally, blood, sweat, and tears. I am proud to deliver that record to everyone, man. We put the whole of our hearts into it and it was the rawest experience.”

Rosano goes on to say, “We went through lots and lots of trouble because we were recording in the studio and the previous owner of that studio kind of closed it down while we were recording. With my vocals – I work as a lawyer. I am an attorney here in Brazil and recorded all the vocals in my office. And we and the producer of the album, we recorded all the vocals, the growling vocals, completely drunk! We bought a bottle of Brandy, and it’s curious because I am an extroverted person, but when someone watches me sing, I kind of freeze out, you know? So I drank a bottle of Brandy with him and I recorded the first song, ‘Introspection’. And I slept on the ground and when I woke up the next day, we drank another bottle we recorded again (laughs)!”

Rosana reflects on the whole recording experience and why it feels so important to him, “Atma Conflux has a very do-it-yourself feeling. We went through lots and lots of troubles that we did not expect would happen – that’s I think the magic of it and releasing that album, it’s kind of a release of a curse for us because it was so long doing that album and so exhausting.”

On the musical side of the coin, instrumental “Whisper Into The Void” is a complicated, but entertaining piece of music that is worthy of much attention.

“Thank you!” Rosano exclaims. “‘Whisper is one of the songs that was written back in 2013 and I had a few bands coming to think of it – it was written for a band as an Opeth cover. Back in the day, I was discovering jazz fusion music and it was all about those seventh chords and ninth chords and all those counter points between the songs. I tried to emulate something from a Dutch band called Xevious. I kind of went down that rabbit hole of trying to sound like a jazzy song that has a metal vibe to it. That was one of the songs when we dug it up and we discovered, we said, ‘Oh man, I think this fits perfectly into the album!’ So it’s that part of the concept, the protagonist throws himself into a catatonic state and is in the pure voids of reflection and nothing calls up reflection more than an instrumental song.”

Abstracted is already pushing forward with new ideas for music and has already gone under personnel changes, so the band on Atma Conflux, is not the same one going forward.

“Our new guitarist is a guitar player for a band here in Sao Paulo. It’s a deathcore band and it’s going to be great to have because he’s going to draw that modern metal influence that I think will add a new step to the band.”

While the whole experience was fatiguing and tiring; having his first album out is a dream come true for the musician.

Rosana reflects with gratitude, “I think it’s very special to us when people say they like the album. I can’t even describe the feeling man! It’s like a teenage dream. Marco [Barbieri, M-Theory Audio owner] showed a deep interest in our music and he supports us and for an underground, progressive metal band from Brazil – here we have like a huge pop scene, a huge country music scene, but metal is like niche stuff. So throwing our songs and music with worldwide distribution, it’s like I can see the 15-year-old me talking to me saying ‘no, you didn’t!’”