AMERICAN TEARS – The Keys To Rebellion 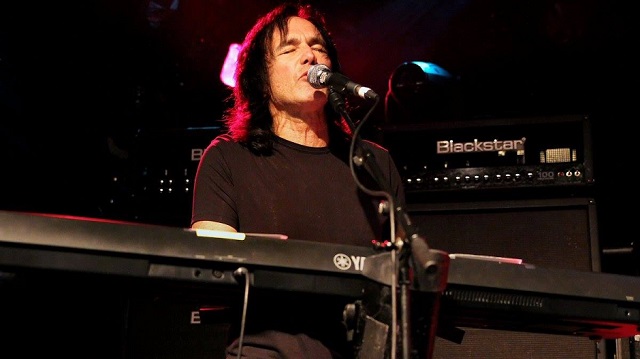 If the name Mark Mangold sounds familiar, it's no small wonder given that the pop singer / songwriter / producer has a career dating back to the early '70s. He has written songs with / for Michael Bolton, Cher, Paul Rodgers, Jennifer Rush and Laura Branigan to name a few, as well as making waves of his own with the band Touch in the early '80s. Most recently, he co-wrote the song "Lost In Time" for Swedish melodic metallers Cyhra's second album, No Halos In Hell. Prior to all of this, however, Mangold released three albums between 1974 and 1977 with the keyboard-dominated outfit American Tears, and the end of 2020 sees him returning to his old stomping grounds. The new album, Free Angel Express, is a massive 14-track romp of '70s prog rock for folks that grew up in the era of warm and organic headspace-moving music, when challenging the listener was normal rather than being a contrived move for shock value. It's a far cry from the realms of writing formulaic big money pop hits, and Free Angel Express makes it clear that Mangold is most certainly in this business for music.

"I really missed playing synthesizer solos, the freedom of American Tears," Mangold says of resurrecting American Tears, although he is the sole remaining founding member. "I don't know if you can call it prog, but whatever it is, it's not normal music, it's not formula. You don't have a safety net. It's very free, so this is almost like I'm rebelling against the pop music and all the generic stuff that's out there. With all due respect to Whitesnake, Foreigner and all those great bands, how many songs ripped off from those guys do we need to hear? And the record companies, that's all they want, and I've done some of those records. I'm trying to do something original with American Tears, and it was always a case of doing whatever the fuck we wanted to do and being creative."

"Also, the political feeling of what was happening in the '70s - it was kind of dark - reminded me of what's happening now, at least what was happening before November 3rd. We had Nixon, Vietnam, the anti-authoritarian stuff going on, and it felt a lot like what's going on now. A lot of the new songs are protest songs; it was a way to really find my voice to say something, otherwise I probably would have gone nuts. There's anger in some of those songs, so it was a peaceful way to get it out. It's kind of my taking a knee, in a way."

In this days and age, Free Angel Express sticks out like a sore thumb largely because it's keyboard-oriented on a level that doesn't generally exist in 21st Century rock world. Some bands currently kicking around have that warm, classic '70s sound - no, Greta Van Fleet doesn't count - but Mangold owns it with American Tears. It's a brave move putting out a record that's going to weird out a potential younger audience with its lack of guitars and off-kilter song arrangements. Mangold is fine with that.

"Back in the '70s people were trying to carve out their sound. The idea of this being brave.... everybody was brave in the '70s. Jethro Tull, Led Zeppelin, Gentle Giant, Yes... all the best classic music that we listen to was created in those days, so why would anybody really want to suppress that as they kind of do now? Nobody was thinking about becoming like those other bands, we were thinking about how to be different because everybody wanted to have their own sound, their own signature."

Maybe so, but it's a safe bet that many people won't get Free Angel Express; certainly not the first couple times through.

"It really depends on your mood," says Mangold. "If you drink your coffee and you're wired, you'll want to do your three minute songs. It takes an open mind to listen to American Tears. If someone is open to not hearing guitar for a second and just listening to the melody of the music I think it's a much more enjoyable experience. When you create a tapestry with a mellotron, an organ, real strings and maybe some arpeggiating synthesizer, it creates an animal that is none of those instruments. My goal was to chase my adrenaline and get the hair on my arms to stand up. When that mesh happens it hits you in another way, it moves you." 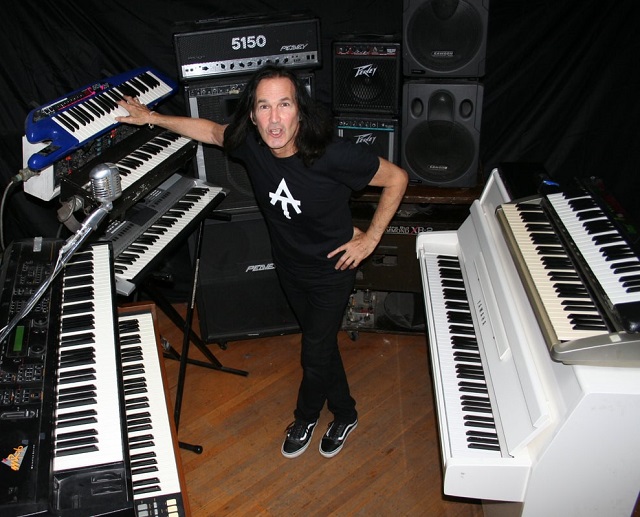 The complexity of prog rock - and Free Angel Express has it by the ton - often begs the question "When is it enough?" with regards to songwriting. Asked if he ever had to force himself to stop adding more elements and layers to songs that anyone on the outside would have called finished, Mangold is refreshingly honest.

"Always, and that's the fun of it because, again, I'm not thinking formula, I'm thinking in some cosmic instinctive realm. The essence of your creativity, I would say, is asking yourself 'When is this enough?' If I'm getting bored with a synthesizer solo then it's fucking over (laughs). I'm just going by my own judgement, and what's funny is in the '70s when everybody was smoking weed, some bands would do a 10 minute solo with a recorder (laughs). I think our collective level of patience has gotten shorter is what I'm saying, so I think American Tears is tied into my level of patience. The sections of the songs aren't that long. There's always something happening meant to create a moment, meant to distract you. If it's a riff, it's going to elevate and go somewhere. It might turn a corner and end up being a symphony. The song 'Not For Nothing' is, to me, like 'Black Dog' on a Hammond organ. There are a couple guitar riffs in there but they sound different because they were played on a different instrument."

For anyone that grew up in the '70s - or happen to be well educated when it comes to music - the return of American Tears will be appreciated, with or without weed to enhance the listening experience.

"It depends on how old you are," Mangold say of the new album's appeal. "If you're younger it's a bit of an education, but if you were around in those days it makes sense. Imagine hearing (Yes classic) 'Roundabout' for the first time, or Jimi Hendrix for the first time, or Elvis Presley, or the flute in Jethro Tull. That's what you were looking for. You wanted to discover something and tell your friends 'Did you hear that band?' Hopefully not everybody is looking for the same old thing. American Tears was always about virtuoso musicianship, solos, and really showing off the playing aspects of it, so it was great working with some of the best musicians around right now (Alex Landenberg / drums, Barry Sparks / bass) for this album." 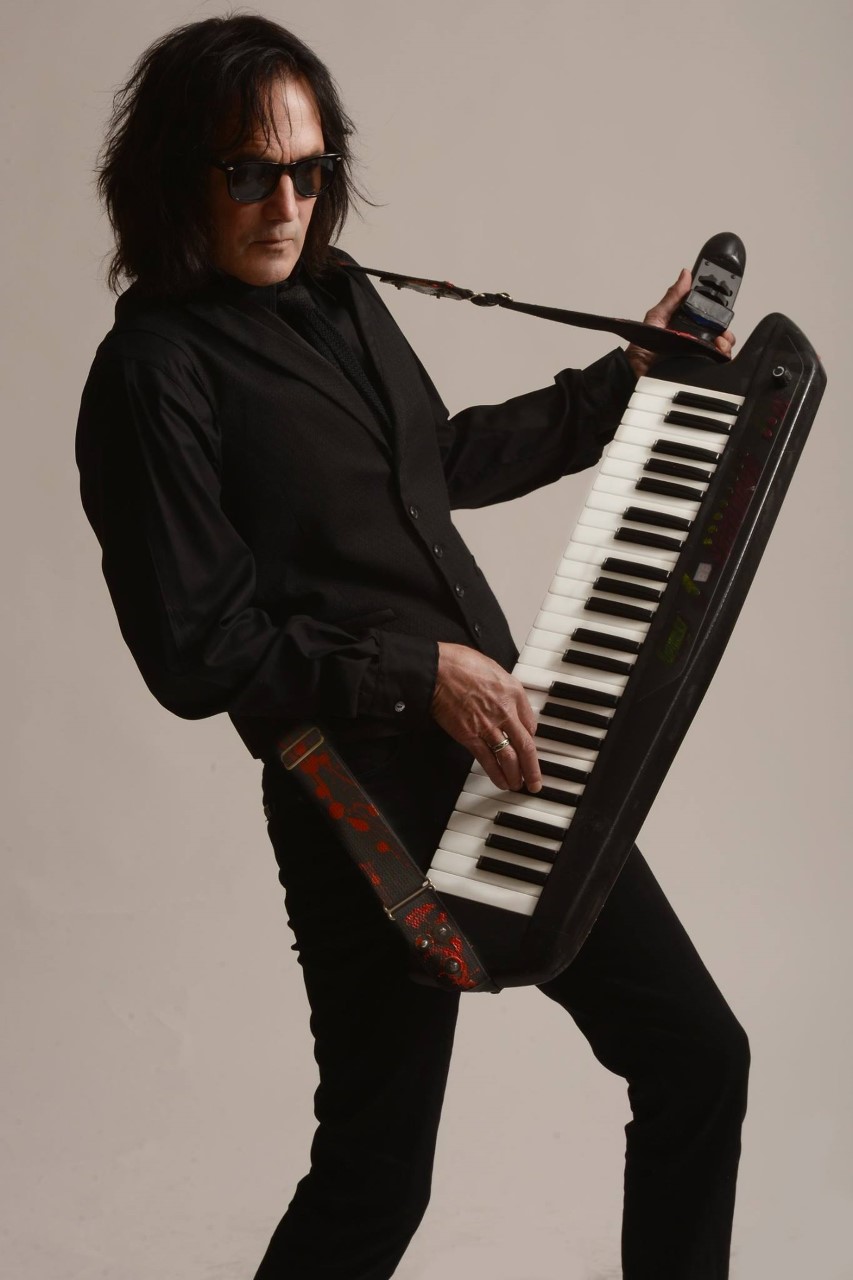 Although Mangold is happy where he is musically, he doesn't rule out the possibility of returning to the pop music world for more session work. He enjoys being able to do that as well as his own thing, and considers going from one extreme to the other the spice of life.

"It's a lot of fun. Like I said before, it's almost rebellious. Music is my language and despite this interview (laughs) I think I speak it better than English. It's like going out and having Thai food or Jerk chicken instead of meat and potatoes; it's refreshing to the palate. It's good to get away from it because it's like going on vacation. The very first American Tears album (Branded Bad – 1974) I did as a labour of love. I didn't know if it was even going to come out. Now that people are giving me permission to do this in some way, I'm very gratified to just be able to continue to do it."