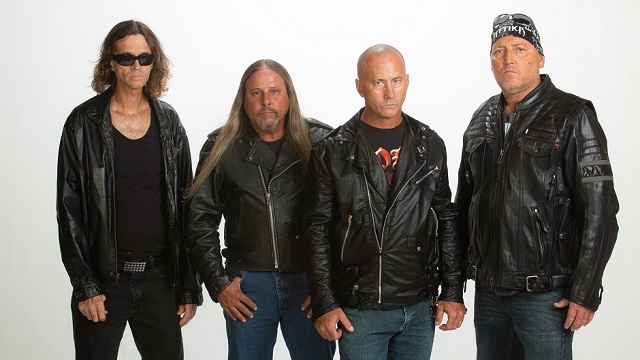 “Let’s put in their face and see how it goes”. This was the direct, in-your-face mentality Florida heavy/power metallers were taking with their 1991 album When Heroes Fall. Gaining a bit of cult status amongst the metal faithful, the record is seeing new life, being reissued through Pure Steel Records. When Heroes Fall is a thought-provoking, heavy hitting dose of United States Power Metal and vocalist Robert VanWart jumped at the chance for the album reissue as it gave the Floridians a gateway to release new music as well.

“Actually Andreas of Pure Steel (Lorenz, co-founder of Pure Steel) had contacted me and I think he was hunting for the re-release, but we were more interested in seeing who can help us with some new music. And he was like ‘let’s do it’,” explains VanWart.

Pure Steel quickly moved forward offering a deal with the reissue and a “couple” albums without needing to hear a snippet of new material and the singer was floored by that. “We’ll see how it goes,” states the vocalist. “I think it’s going to work out real well.”

Diving into the throes of this gem, When Heroes Fall was initially released independently in 1991 and then received a rerelease through Massacre Records in 1993 with different artwork. 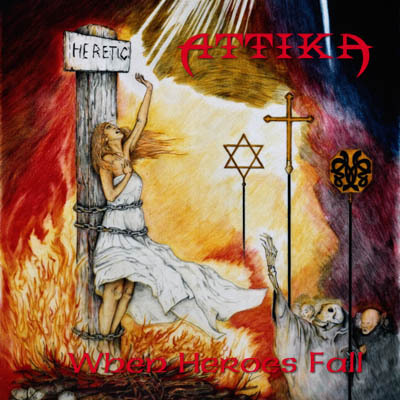 VanWart remembers fondly the signing to Massacre reflecting, “That was a blast because again, we had actually been submitting our stuff and getting kicked back and the scene was shifting at the same time right as we were starting to break in a little and we felt like the only way to is ‘let’s go back to Europe!’ We seem to have done okay there even before cell phones and social media and that. So we had a fellow over there that went to work for them and we had already been dealing with him and he really liked us. I think we were the 23rd CD or album they released as we were there early on. To see the whole thing come to fruition was amazing, especially at a time where we thought ‘this is it, we’re just going to have to hang it up because nothing seems to be breaking for it.’

VanWart explains, “We were just trying to attack it; instead of being overly negative or anything like some other power metal thrash bands if you will, that were doing that stuff.  We figured let’s just be real to ourselves. What are the things that frustrate us or see as a problem now and who knows for how much longer?”

VanWart is a proponent of not following the system and not conforming to what society deems is necessary.

“You don’t need a $200,000 or more dollar house,” he says. “It’s just whether or not you’re comfortable and strong enough to take the flak from your friends or even your family for not doing what they did or doing a different way. I think those are all a lot of things that I’m writing and Joe (Longobardi, former guitarist) writes the lyrics too.”

Among the tracks that stick out to VanWert are the sweeping opening track “Filming The Traged”, the punishing “Deliverer”, and the closer “Black Rose”.

VanWart explains his choices, “‘Tragedy’ just for the lyric of the attack on we’ve become through news; you never hear good news. It’s always been bad news and it carries itself out. People don’t go to a NASCAR race to see the winner, they go to see the big wreck. ‘Black Rose’ I like it just for the fact that it was more fantasy based, post nuclear war. I remember seeing the first Mad Max film and I was like ‘yeah, that could work’. I kind of used that as a reference point. ‘Deliverer’, we use it live as our closing number and it’s nonstop. Joe wrote that about delivering the good news if you will and people aren’t listening, that kind of thing. Jus the ending of it with the vocal aerobatics, I always enjoyed.”

Does the reissue hold a remastering or any remix? VanWart says When Heroes Fall received a remastering, bringing the “lower end out more” and overall, it’s a “better sounding product.”

“We also added live cuts when we did our show in Greece at Up The Hammers. Joe wasn’t happy about that because he says it doesn’t need anything. Maybe so, but you know, you’re also not in the band anymore, so I kind of overruled that (laughs). Glenn (Anthony, bassist) and Bill (Krajewski, guitarist) have been with us for a long time; it’s just they’ve never had any product out.”

This reissue allowed the newer guys to have some spotlight and as the singer explains; it allowed fans to have their signatures on the album.

“People ask for their autographs on it too! Before it was like, ‘well, you’re not there, so I don’t want your autograph’. And some people don’t care, but some are very particular. Now they have this product and they’re on one song and if they can scribble on it then everybody’s happy.”

As a finished product and looking back on the making and producing of the album, VanWart wouldn’t change a thing. He simply concludes, “We gave it our all and we felt really good, proud about what we did.”

While the album gained them exposure and some popularity in Europe after Massacre released it; the band fell apart soon afterward and When Heroes Fall remains the last release the band has done. 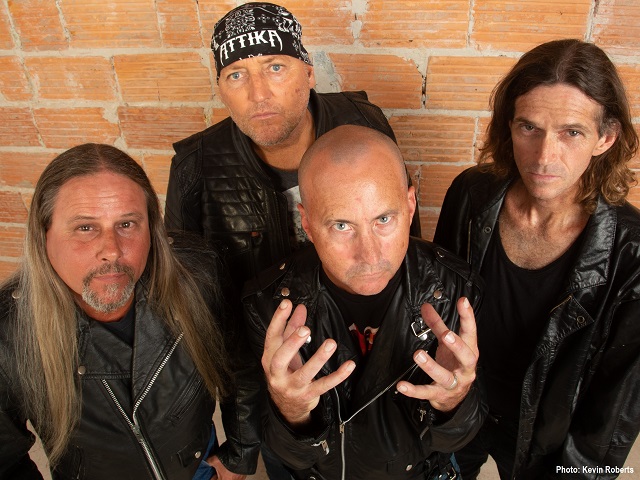 “The band started to spin out of control; it lost its focus”, VanWart admits. We were writing a follow-up and the personalities started to clash, especially between Joe and Scott (Miller, bassist). We he had a second guitar player for a little while that was doing stage work and thought ‘we’ll bring him into the fold and on the next album’. And he was just awful! He would run his mouth about blah, blah, blah.”

After a performance on a radio station in Orlando, the producer of the program liked what the band did and through a friend was able to set up a meeting and tryout with Island Records in Miami. VanWart relays the experience was “chaotic at best.”

“This was before Google maps and everything, so you did your best to write down all the directions for everybody [to get to Island Records]. So two thirds of the band was there and he [the guitar player] shows up late. I’m sitting there talking to these guys [the Island Records A&R guys], just trying to keep them entertained.”

After all was said and done, they weren’t impressed, especially with the second guitar player. “He was drunk and they wanted me to deal with other things if we were going to move forward. I had to think about this. I’m not just going to kick the ball and hope for the best. Some of it affected the other guys and I didn’t know if I was ready to make that decision, but I don’t know if it would’ve made any difference if I did.”

Shortly after Attika imploded, but these Floridians are at it again with a fresh lineup and a new album planned with Pure Steel, entitled Metal Lands.

“We’re bringing some new thing, not only to ourselves for playing wise, but to any fan or listener out there, trying to make Attika a little more reachable, a little more friendly I guess,” enthuses the singer.

Songs are already in the holster like “The Price”, a track written before the disbanding of the group with a working title “Love Is Like A Bullet”, and the Krajewski penned “Run With The Horseman”, which VanWart describes as “like a dream, but it’s more spiritual or maybe even biblical.”