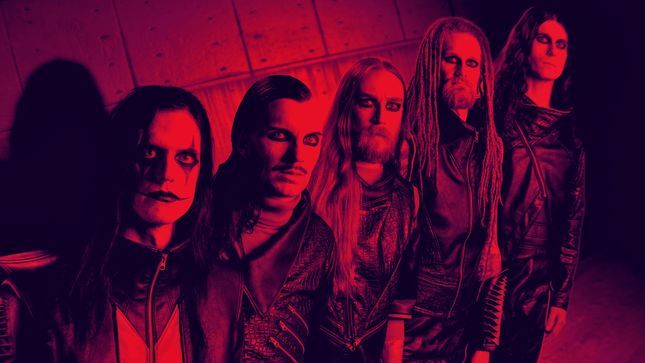 “Never judge a book by its cover.” How many times have we heard that beat-to-death phrase? Well, it can certainly apply to Avatar’s frontman, Johannes Eckerström. As the leader of this veteran Swedish metal band, he has been known to go the theatrical route on stage – by wearing facial make-up. But when BraveWords correspondent Greg Prato chatted with him about their latest release, Hunter Gatherer, it turns out that he is an incredibly well-versed chap when it comes to such topics as science and evolution. Don’t believe us? Read on!

Johannes Eckerström: “I feel that this is clearly our most aggressive album in a long time – and probably the darkest, as well. And more than anything, I feel like it’s the most well-articulated one. You can put it like this – when we have gone into a more aggressive realm in the past, if we would liken it to a killer in a movie, the earlier aggressive attempts have been someone assaulting you with a hammer. It was very blunt. It was very unfocused in a way – quite spectacular in its own right. Something just for brute force was made successful – that it made it work. Hunter Gatherer is more ‘Hannibal Lecter type’ – someone who knows his way around surgical equipment, who would know where to make one cut or one stab specifically to do the most damage possible. It’s more well-articulated in its rage.”

BraveWords: Is there a specific meaning behind the album title?

Johannes Eckerström: “Essentially…as much as it’s not a concept album, there were some red threads that emerged throughout the process I was writing and recording it. For most of our existence on this planet as homo sapiens, we have been hunter gatherers. As far as individual life goes, that probably wasn’t too bad – because that was pretty much what evolution hard-wired us to be. That is as far as nature brought us. The thing is we are quite complex, highly-intelligent beings. The way we can communicate, make plans, cooperate, build, engineer, abstract thinking – all these things led to a more and more complex way of life, that has shown to be very rewarding if you look at the species at large. Because any animal’s – or plant’s – purpose seems to be to multiply. And that starts with agriculture. When we essentially got tamed by wheat, we started able to feed more, but life started to get worse for the individual – arthritis in our knees, messed-up backs, malnutrition ironically, more susceptible to the changing of seasons…if it’s too dry, too wet, too hot, too cold, we are less flexible. And we started to need to get more children to work in the fields. These children needed to be fed with wheat porridge as much as breast milk, and that effected the health of the babies. And we needed to make storage and keep food for the winter in such a large scale that suddenly, we had a treasure that was worth stealing from, so thievery and outright invasions led to we needed more guards with sharper weapons and we needed higher walls. A lot of conflicts come from this.

"So, individual life gets more taxing most likely. We can fast-forward to the industrial revolution, and see similar things. However, this time, even more so – where we are now trapped inside factories, working these machines, more monotonous than ever and more detached than ever from our original way of life. However, these machines were able to feed even more people than agricultural society could. So, great success for the species, very detrimental to the individual. And in the last hundred years or maybe less, things started to turn around for individuals and the quality of life started to spread to more people – at the cost of environmental damage. And now, we are facing distinct extinction. So, all these crazy things happening, and now, ultimately, us living in this cyberpunk, dystopian future – that bands like Fear Factory warned us about. Being very detached from where we came from – these high-tech gilded cages. The album takes place in midst of all that – trying to deal with and as the right questions about ‘What is it like to be a human being right now?’ Finding different ways of understanding what it is to be a human. And hunter gatherers is one of them.” 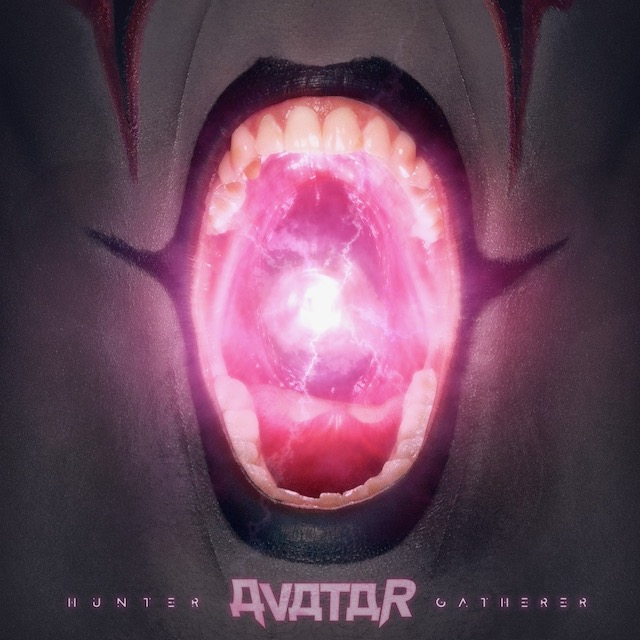 BraveWords: What about the new single and video, “Colossus”?

Johannes Eckerström: “The song is based on something that I read about scientists attempting to recreate a fully-functional human brain – instead of a computer. They are yet to succeed, but when they do, what struck me is that as far as that brain goes, that must feel human. If it code functions exactly as a human brain, it must have experiences as a human brain – going through all that. And that threw me off for a loop, of what is creating life and what does it mean to be alive and what’s a god? As much as I am a science fan – I was a ‘science groupie,’ because my ignorance and relationship to my fascination for it, they are almost of equal size. But there is a certain fear of what science can do and always a problem on the ethics around it – what we have the power to create. The music video is another way of telling that story – the Frankenstein monster analogy, and science and a faceless authority, pushing its agenda, and ruthlessly dehumanizing someone to create the perfect balance between abstract human thinking and machine thinking and machine learning. How terrible we can be if we don’t consider the ethical repercussions of our actions.”

BraveWords: Who were some of your influences as far as theatrics?

Johannes Eckerström: “There are so many. I can of course make a long list of bands that also painted their faces, or in different ways applied theatrics to their stage show. That goes back to something like Alice Cooper or Kiss of the ‘70s, and into the ‘80s it was Judas Priest and Iron Maiden for that matter, and the whole emergence of black metal music in the mid-late ‘80s, and what that became throughout the ‘90s. And then you’ve got Slipknot and Rammstein – the list can be made long of musical things. But for me, specifically, I’m a big wrestling fan. Maybe not right at this particular time, but overall, I still consider myself to be one. I see a lot of connections between any form of performing arts really, there are more similarities than differences. And throughout the years, if I just think of interviews that I’ve seen or read, wrestlers have been more generous to me – in terms of sharing their ideas of what they call ‘ring psychology.’ And there are a lot of connections between ring psychology and the kind of psychology that goes into a heavy metal show. The creation of this super reality and the suspension of disbelief, and more than anything, the art of listening to the audience. Because yes, what we do is theatrical, but it’s not theater per se – we are not acting. We are doing something that is very much an extension of who we are. We are expressing ourselves. And pro wrestlers aren’t actors, either – they are reactors. In there I find a deep connection. And I very much have thought about Rob Halford as much as I have thought about Ric Flair – in developing what I do on stage.” 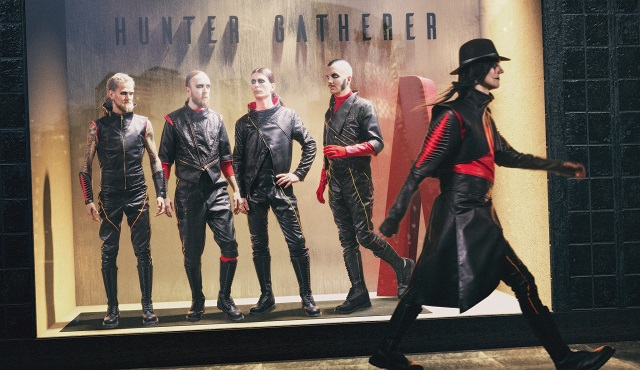 Johannes Eckerström: “I don’t know because we had to cancel everything this whole fall. There is a pandemic going on, so we are working on what to do specifically and when. Right now, it’s just an ongoing discussion and a question of when do we dare to pull the trigger and who dares to book us when. But it seems like some bands are starting to put that together – and we should, as well. But as soon as we can, we are going to tour extensively, obviously. But there are no concrete plans for that as of yet.

BraveWords: What are your thoughts on bands that are putting on live shows this summer?

Johannes Eckerström: “It depends on where and under what circumstances. I am not a scientist, so I am not going to say what’s right or wrong. People have done drive-in shows, for instance, but then I heard people jump out of the cars. So, how do you deal with it? I don’t really know. I don’t feel right about hitting the road right now – even if we could. And if you want to tour between countries – like we tour internationally – the time is just not right for that now. But we have to wait and see.”