Between A Rock And A Prog Place: BIG BIG TRAIN’s GREG SPAWTON, “I Think The First Fully-Formed Prog Rock Album Came From England” 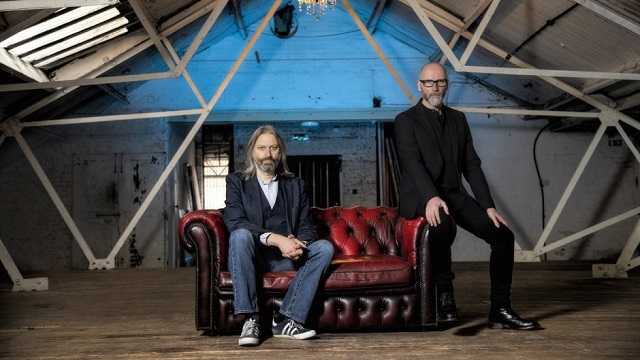 In this month’s column, Big Big Train’s Greg Spawton discusses his views on the history of prog – including its origination, its largely overblown mid-late ‘70s period, and its pop-friendly makeover in the ‘80s

To the best of your knowledge, did prog rock originate in England?

“I think the first fully-formed prog rock album came from England – King Crimson’s In the Court of the Crimson King, in ’69. That’s when it really coalesced. But I think the roots of prog rock go back much further than that, and there are a number of places where it began. And you can see the roots of it in the mid-60s, when bands like the Beatles and the Beach Boys were beginning to get ambitious with their songwriting – to try different things. There is a song I really love by Jimmy Webb called ‘MacArthur Park,’ and I think it’s ’67 – and he was writing it in ’66. Most famously, it was done by Glen Campbell. But if you listen to that, it’s got a classical rock interlude in the middle, it’s seven minutes, and it’s a prog rock song as we would know it. And that’s obviously from an American-based songwriter. So, no – I don’t think it’s an English or European…I don’t think it was created specifically here. But I think it came to fruition with that very first album – which is solidly prog rock – with King Crimson in ’69.”

Did prog eventually get a bit too bloated by the mid-late ‘70s?

“Yeah, it did. I’m not sure that the music did so much as the almost ethos of the record labels and bands got a bit bloated. And all of this touring the States with multiple articulated Lories and orchestras and stuff like that. It was a bit removed from the humble origins of rock music. I wasn’t against punk rock coming out and blowing a new wind through things. But I think it caused some collateral damage – which was a shame, because we lost some bands that still had something in them. But I think that was just as much a fault of the record companies than anything else – because the record companies tend to think short term. And when they saw this new musical style coming along, they were like, ‘Guys, you’ve got to write short songs and get a bit punk-y.’ So, I do think to some extent, that argument is correct. But having said that, some of the albums that you would cite…for example, [Yes’] Tales from Topographic Oceans, would be cited as an example of sort of overblown, I think side two of that [the over 20-minute track, ‘The Remembering (High the Memory)’] is one of the greatest prog rock songs of all time. I think even in its sort of, ‘pomp,’ and when it was over the top, there was really some great music being made. And ironically, both Genesis and Yes went on to make some great stuff after that. I mean, Going for the One – the Yes album that came out after punk rock – is brilliant. It’s their best album, for me.”

Do you agree that punk and new wave had a direct influence on prog? Because you could say by the ‘80s, bands like Yes and Genesis were writing shorter songs.

“For Genesis and Yes, it was certainly a case of chasing singles or chart success in a way that they weren’t quite doing in the ‘70s. But as much as it was bands, it was labels that were pushing them. If you look at a band like Camel, they did an album called The Single Factor, and I think that was because the label was saying, ‘Write us some singles.’ The whole business became short term. In the early ‘70s, you had labels like Charisma, who were prepared to invest for the long run in bands like Van Der Graaf Generator, Genesis, etc. In the late ‘70s, it felt like the A&R departments were chasing the short term gain, and we lost a lot of good bands because of that.”

Finland’s Nightwish recently reissued their 2004 album, Once, as a remastered version with bonus tracks in several different formats, and can be purchased right over here. For all you drummers out there, Finnish folk metallists Korpiklaani have presented a ‘drum playthrough video’ (featuring Samuli Mikkonen) for their toe-tapping ditty, “Kiuru”.  Prog metal behemoths Dream Theater have issued a new music video for the track “The Alien,” from their upcoming LP, A View from the Top of the World.

Steve Hackett has issued a new video for the track “Natalia” – the third single overall from his latest offering, Surrender of Silence. Australian progressive death metallists Be’lakor are set to unleash a new album, Coherence, on October 29th. In the meantime, feast your eyeballs/earholes on their new video, “Hidden Window.”

Extreme progressive/power metal group Immortal Guardian are in the midst of a U.S. tour (that began in August and will run to mid-September) – and you can find the remaining dates here. For prog-loving beer drinkers, two veteran bands have announced their own brand of suds this past month – Rush with Rush Beer and Styx with Oh Mama.

Progressive/melodic death metal band Persefone recently signed a worldwide contract with Napalm Records. The band has completed recording their 6th studio album overall (produced by Jens Bogren, Logan Mader, and Jacob Hansen), which will be released early next year. And another prog band has announced recently signing on the dotted line with Napalm Records as well, Sweden’s Evergrey, who are currently at work on new music.

Canadian prog metallists Osyron have issued a video for their track, “Razor’s Wind,” off their recently released album, Kingsbane – which can be spotted here. Finnish progressive death metallists, Solar Cross (featuring former members of Omnium Gatherum) has joined Transcending Records for the release of their upcoming Echoes Of The Eternal Word full-length later this year.

The Montreal, Quebec-based record company GSI Musique announced that the super-deluxe limited-edition vinyl set of the double album Histoires sans paroles: Harmonium Symphonique – a symphonic re-interpretation of the music of influential 1970s Montreal-based progressive rock act Harmonium, has sold 5,000 units. Several different formats can be purchased right here. Alan Parsons will be issuing a new live album and video, The NeverEnding Show: Live in the Netherlands, on November 5. The release showcases the performance that the Alan Parsons Live Project held at the Tivoli in Utrecht, Netherlands on May 5, 2019, and can indeed be pre-ordered.

Although the English/Australian instrumental rock group Sky was never more than a mere cult band in North America, back in 1980, they topped the UK album charts with their sophomore full-length, Sky 2, which was powered by the majestic ‘Toccata’ (aka Johann Sebastian Bach’s ‘Toccata and Fugue in D minor, BWV 565’), which hit #5 on the UK singles chart). And here are the lads in all their bombastic glory…