Between A Rock And A Prog Place: DEVIN TOWNSEND – “Music Just Acts As An Exhaust Valve For Me Trying To Figure Out My Place In The World” 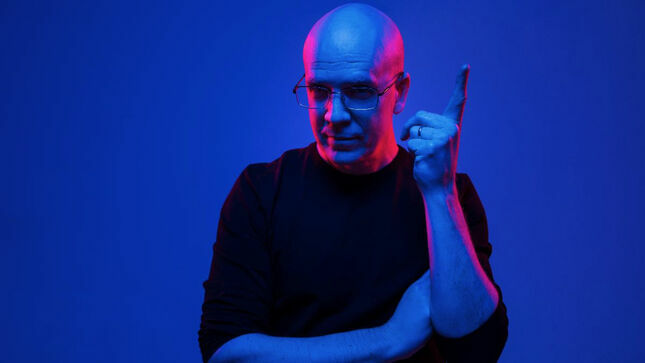 In this month’s column, we speak to Devin Townsend about his brand new solo effort, Lightwork (which he plans to support with four tours next year: North America, Europe, Australia, and Asia). Additionally, he was up for discussing prog – including the term itself, his most “prog” offerings, and how familiar (or not familiar) he is with prog’s top artists. 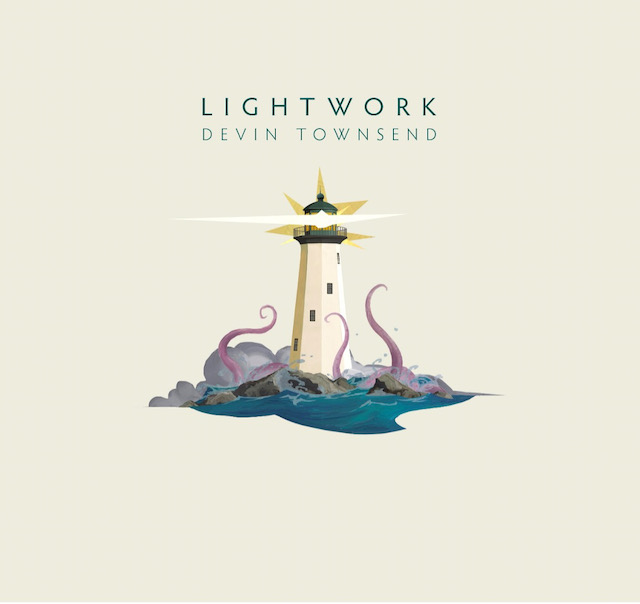 What are your thoughts on the term “prog”?

“I think it’s another example of how our industry is more conservative than I think we recognize – or at least I certainly recognized when I was younger – in that we need to categorize things so readily. And each one of these categories seem to have really conservative parameters, as well. It’s like, I remember when I was doing really heavy metal, at the time, they’re like, ‘It’s heavy, for sure…but the heaviest things shouldn’t have humor in it.’ And if you’re doing more prog stuff, it’s like, ‘The fact that you like Nomeansno or Dayglo Abortions or Fear or any of those sorts of bands, that doesn’t fit into the aesthetic, either.’ And so, no matter where you go, I think these genres end up being kind of limiting. And I was never ‘prog’ until a few years ago. And a few people inform me that now that I what I am. So, I guess…hooray!”

Do you feel that term “prog” applies to your music?

“I guess it depends on the definition of prog. If we’re using the term prog as in ‘progressive,’ then humbly, I would like to request that I’m seen as such, because I try to keep moving forward. But if prog means you sound like Yes, Genesis, Dream Theater, or Porcupine Tree…I don’t. So, I don’t really know, man. I think all these things are important because you’ve got to categorize music in order to monetize it, I suppose. But for me, my whole trip is really about just trying to be honest with whatever seems compelling for me, and making it the best that I can. Sometimes it’s this and sometimes it’s that, and I can’t spend too much time thinking about it.”

Who are some prog artists you fancy?

“I don’t know. I don’t listen to it, man. [Laughs] I mean, there’s all these seminal prog bands and albums that I’ve got a buddy who’s in his 60’s and keeps showing me. He’s like, ‘You’ve never heard Tarkus?’ And I’m like, ‘No, man.’ And he’s like, ‘You never heard The Lamb Lies Down on Broadway? And I’m like, ‘No, I haven’t.’ Maybe in passing, but it was never a thing for me. When I think about prog, I was always more inclined to think about someone like Leonard Bernstein as ‘progressive.’ If you listen to some of the musical moments in West Side Story, for example – lyrics and the narrative aside, which the older they get, the more cringe-worthy it becomes – the music in that is fucking astounding. It seems a lot more progressive to me than a lot of what is considered to be seminal prog. The long answer is that. The short answer is no.”

Which of your selections is the most complex, and why?

“Probably The Puzzle. It’s something I released this year, and it’s complex because the process was ultimately about relinquishing control and having to try to contend with what you’re presented in a way that you can find solutions for – as an analogy for what we were thrust into with the pandemic. So, I created a couple of hour-long ambient improvisations, that I then had 16 musicians contribute to it over the course of several months. And I asked them to do whatever they felt like to the music, and then when they sent it back to me, I had to find solutions. So, in some passages there, because these people who were involved didn’t know what the other people were doing or where they were doing it, ten people would have done something over one section that works as a complete statement. And in absence of it being a complete statement, it’s chaos. So, you’re forced to make decisions. You’re forced to try to find musical solutions to things that are atonal. And then to mix something like that was a Herculean task. I think I can say Deconstruction was a complicated one, or parts of Alien or Infinity were complicated. But I think The Puzzle took the cake for complication.”

How does Lightwork compare to your previous solo albums?

What was the lyrical inspiration behind “Moonpeople” and memories of shooting the video?

“I was on tour in Europe for three months, but I had a three week period where it’s either I spend the money to fly home…or I stay in Europe. And I have a buddy in Altea, Spain, and he said, ‘You can come here and stay with me.’ So, I went there and because I was working on that first song, I know he had a drone and a good camera, so we just wandered around and made this video, and then a concept started to appear as they do about this three-part journey of this character looking for the Lighthouse. The song itself…I tended to on this record not have a real direct intent with any song. It wasn’t like, ‘Well, this song is about fruit salad. And this one’s about cars.’ It’s a bunch of words that ended up not irritating me at the end – so, I guess that’s more what it’s about than anything else. But I think ‘Moonpeople’ acted as a mission statement for the album – where there’s this, ‘We’re doing something here that is outside of my comfort zone.’ And perhaps the term ‘Moonpeople’ refers to those of us who are kind of watching things unfold as opposed to right down in the guts of it. I think my bandwidth has been so taken up by so much for so long that all these things that we feel compelled to Tweet about or act about or take sides on…man, the nuance of those things is so much more than I’ve got the bandwidth to investigate. So, I just kinda watch it play out. Perhaps that’s what ‘Moonpeople’ was referring to – as opposed to people who are in ‘the sun,’ I guess.”

Would you ever consider growing back your daring ‘skullet’ hairstyle?

“I mean, is there a stronger phrase than ‘Fuck no’? One thing I think I’ve recognized over the course of the past couple of years was the amount of photographs that people get taken of them while doing this job is such that people have like a connection to people looking a certain way or being a certain way. And oftentimes, the audience can be forgiven for thinking, ‘Wow, these are not any different than you. There's 50 year old people with kids and a mortgage, and that weird cousin that fucks shit up at Thanksgiving.’ You know what I mean? Everybody's got the same thing going on, and I think oftentimes what gets forgotten is that what may be entertaining…unless you are independently wealthy to the point where you can get away with looking like that when you're 50, it serves zero practical use as an adult human male in North America. As a 50 year old father, all this stuff, man. It's like ‘Oh my God.’ Plus when I slept and I’d wake up in the morning I’d have a translucent window of head grease on my pillow. And people are like, ‘Yeah! That's cool!’ I was like, ‘Dude, you should grow it then’.”

As discussed a few columns back, although they are best known for their arena rock anthems, Queen certainly possessed a prog side at times. So…why not mention in this little old column that a long-lost track featuring the late/great Freddie Mercury has been unearthed/released, entitled “Face It Alone”? Watch/listen below! Last month’s prog column-featured band, Queensrÿche, have a new video for the song “Hold On,” off their latest release, Digital Noise Alliance, which can be viewed here.

Does jazz-fusion fall under the category of “prog”? Certainly at times. And at the end of 2022, Primus leader Les Claypool is resuscitating his Bastard Jazz outfit (with special guest Vinnie Colaiuta on drums) for shows on the 30th and 31st at the JaM Cellars Ballroom in Napa, CA. Tickets are indeed already on sale. A live version of Chick Corea’s “Spain” (featuring Joe Deninzon, Rachel Flowers, and Testament’s Alex Skolnick) was recently released – from the upcoming Joe Deninzon & Stratospheerius Behind the Curtain: Live at Prog Stock box set, due out November 18. A video of the performance is also viewable.

Slovenian progressive metallers Seventh Station will be presenting their second album Heal the Unhealed on November 7th, and a “studio version” video clip of the tune “The Ruthless Koba” is viewable below. Avantasia’s latest, A Paranormal Evening With The Moonflower Society, was released late last month, and a music video for the tune “Kill the Pain Away” (featuring Floor Jansen on vocals) was recently unveiled.

Quite a few symphonic metal outfits have new music either out or on the horizon. Firstly, Ad Infinitum have issued a video clip for the tune ‘Upside Down’, from their third studio album, Chapter III – Downfall, which drops March 31st. Secondly, Anthea recently issued their sophomore effort, Tales Untold, and a video for the tune ‘Empyrean’. And thirdly/lastly, Everfrost has a new single, ‘Hacking to the Gate’ ready to roll, off their EP of anime cover songs, Frostbites, which is due out on November 11th. 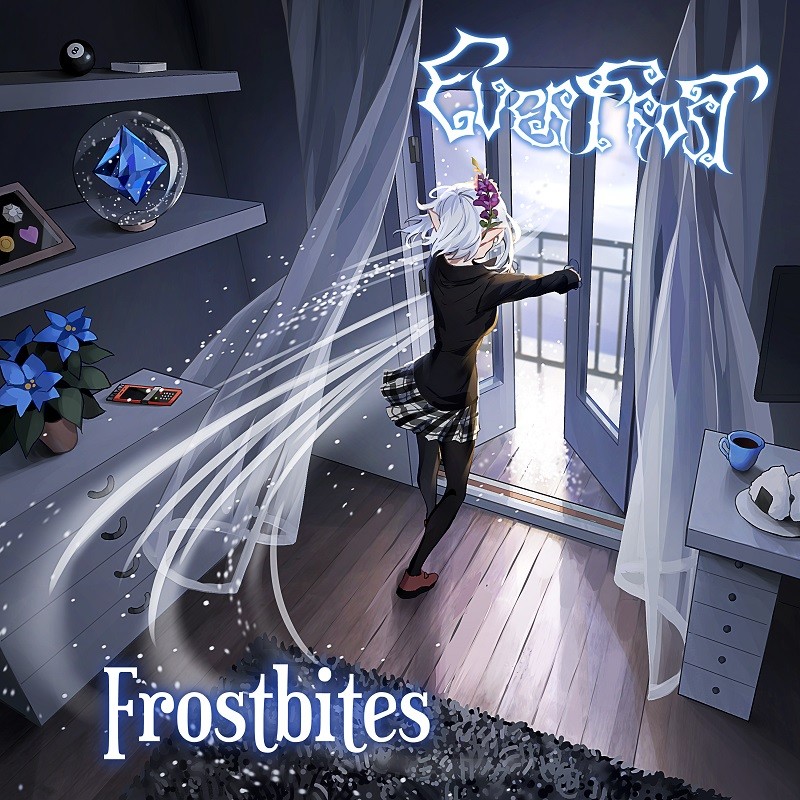 November 30
Freedom to Glide- The Chronicle Of Stolen Souls

Faith No More touched upon an impressive variety of styles throughout their career – despite many considering them a “metal band,” by and large. But what about prog? Give a view/listen to this 1990 performance of their instrumental, “Woodpecker From Mars,” and you be the judge…