Between A Rock And A Prog Place: HAKEN’s CHARLIE GRIFFITHS On First-Ever Solo Album, Tiktaalika – “Hearing Their Voices Bring The Words To Life Made Me Feel Like A Kid At Christmas!” 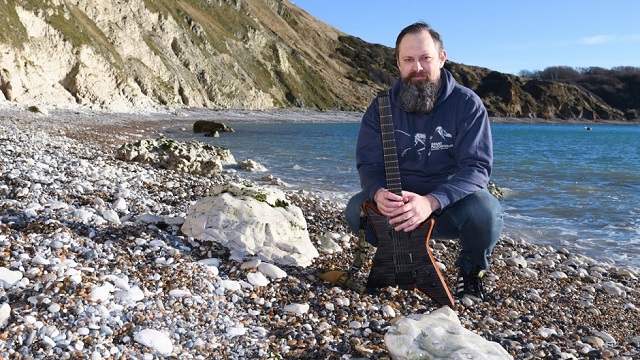 In this month’s column, we speak to Haken guitarist Charlie Griffiths, who discusses his first-ever solo album, Tiktaalika, playing an 8-string guitar, and his thoughts on the ‘prog metal’ tag. 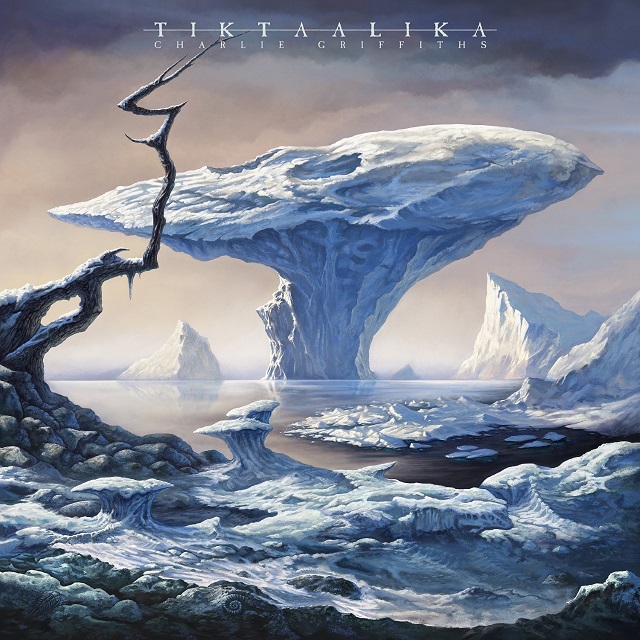 What made you decide to make a solo album now?

“I’ve been wanting to do something like this for quite a while, but I haven’t necessarily had the resources available to me to be able to produce it to a level I would be happy with. Apart from building up the technical knowledge of producing a sonically great quality record, a lot of it is knowing the right people for the job. For example, the singers are not just hired guns, they are people I’ve met and become friends with over the years, who I knew would have the right personality for the song in question. Then we have Darby Todd on drums and Dan Goldsworthy who did the artwork. They both instantly  ‘got’ what I was trying to do and they were able to just do what they do best, without me having to explain too much, or tell them what to do. It was a pretty easy, natural process which felt like I was following the right path along every step of the way.”

“Of course I love how each and every track came out, so it’d be impossible for me to pick subjectively, but based purely on the amazing job the all the guest singers did, I’d recommend checking out ‘Arctic Cemetery’ for Tommy Roger’s awesome melodic and death metal vocal delivery, ‘Luminous Beings’ for Daniel De Jongh’s wonderfully soulful tone, and ‘In Alluvium’ for Vladimir Lalic’s epic emotional delivery. For each of the songs I sent the guys vocal demos of myself singing the lyrics, but hearing their voices bring the words to life made me feel like a kid at Christmas!”

How would you compare Tiktaalika to a Haken album?

“It’s structurally similar to how we work in Haken - there is an over-arching concept in which I draw inspiration from a 375 million year old fish/tetrapod fossil called a Tiktaalik and how that relates to us as humans. There are recurring musical and lyrical themes throughout the album which is designed to be listened to as a complete piece, which we’ve done in Haken a few times. It was also created in much the same way as we do Haken albums - all the songs were demoed in Logic and I programmed the drum and keyboard parts, recorded rough vocal guides and used guitar plugins to lay down the tracks, which I’d then spend months editing, rearranging and refining. The only difference is one person doing that instead of a team of six. Then when the time came to record real drums, those were done remotely by Darby Todd in his own studio and the vocalists each took care of their own recordings. Finally all the tracks have to be collated and organized for mixing - which was done by myself and Nolly over many cups of coffee!”

How difficult is it to properly play an 8-string guitar?

“I’m not sure if there is a proper or improper way to do it. It’s a tool to enable you to play the music you like. I’m a huge fan of Mattias Eklundh, and for me, he’s at the cutting edge of using the 8-string to its full potential. It’s theoretically the same as a 6-string, it just gives you an extra lower octave, so once you get used to extrapolating the notes of the key you are in to those 2 extra strings, it quickly becomes logical. The main thing is that you are inspired to make the music you want to hear, so it doesn’t really matter. On Tiktaalika, I actually used a 6-string for everything as that’s what was inspiring to me at the time.”

Do you consider Haken ‘prog metal’?

“For sure. We’ve picked up some of the tricks from the British prog masters like Genesis, Yes, and Gentle Giant and we have the same instrumentation as those bands - which is a rock band with keyboards. I also grew up listening to the Big 4 of thrash, so nothing makes me happier than playing a palm-muted metal riff! We love playing with timing and coming up with quirky grooves, which definitely fits into the prog genre.”

Who are some modern day prog bands that you enjoy?

“I love Between the Buried and Me, Pain of Salvation, Protest the Hero, and a new UK based band called Luna’s Call. To me it’s as simple as having cool, emotionally engaging tunes that I want to revisit and all of those bands have that.”

How has the tour with Symphony X been?

“It’s been amazing! Since day one the Symphony X guys have been exactly as welcoming, chilled, and humble as you hoped they’d be! For me, it’s been particularly fun geeking out over guitar stuff with Mike Romeo, and seeing him play such cool stuff so effortlessly up close is just awesome. For both bands this is the first time we’ve been able to get out into the world and play and see the fans having a great time, so it’s even more special and we’re just having a blast being able to do what we do.”

King’s X has announced that their long-awaited thirteenth studio album (whose title has yet to be made public) will finally arrive on September 2, via InsideOutsideMusic/Sony Music, and they will be playing shows again starting this summer. Prog metallists Seventh Wonder return this month with their first new album in four years, The Testament, and a video for the track “The Light” has been approved for viewing below. Former vocalist of progressive metal band Adagio, David Readman, has launched a new band, Black Eye, and you can view/listen to a lyric video for the composition ‘Space Travel’.

NYC progressive death metal outfit Artificial Brain will be unleashing their self-titled album this month, and you can preview the toe-tapping tune, “Celestial Cyst.” And another New York-based prog band, Ice Age, will return after a two-decade long hiatus this autumn, with a new album for Sensory Records. To get reacquainted with the band, you should check out their Facebook page.

Symphonic metallists Visions Of Atlantis has released the third video overall, “Master the Hurricane,” from their latest album, Pirates. View the very pirate-y video below! Described as “the perfect wedding of melodic doom with subtle touches of prog as well as punk, folk, and classic rock,” Sweden’s Besvärjelsen release their latest album, Atlas, last month, and along with it, an artsy video for the tune ‘Clouds’. Florida-based prog metallists Seven Kingdoms return this month with a new album, Zenith, and a simply fierce video for the ditty "Universal Terrestrial," which can be visually experienced here.

A second excerpt from the late Klaus Schulze's Deus Arrakis (which drops July 1 via SPV Recordings), entitled Der Hauch des Lebens - Pt#5, can be sampled here. It’s not often that all the guitarists in a band play their instrument left-handed, but that turns out to be the case with Fallen Sanctuary – as witnessed in the video for the tune “Broken Dreams,” off their new album Terranova.

Austrian symphonic metallists, Edenbridge, will issue their latest album, Shangri-La, on August 26, but have already issued a video for the tune ‘The Road to Shangri-La’. And another symphonic metal band, Germany’s Xandria, has returned with a new single and video, “Reborn” (which can be viewed here), and will be touring Europe alongside Visions Of Atlantis beginning September 8).

The music of Frank Zappa will be experienced once again on stage when the Zappa Band (comprised mostly of musicians who previously performed with the late/great artist) launches a US tour in June – for which a ‘teaser video’ can be spotted below, with dates listed in the video’s info. And while we are on the subject of Frank Zappa, a limited edition 6-CD box set will be released this month as well, Erie, which can indeed be ordered online. 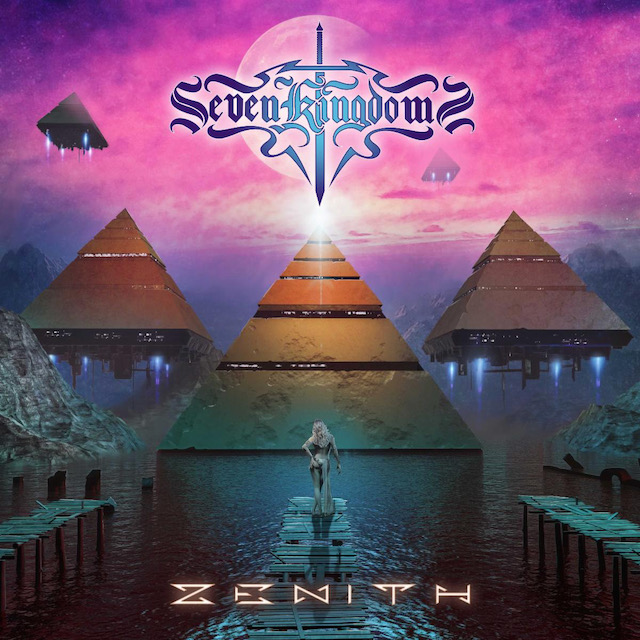 Although they will forever be best known as a band that conquered the charts in the ‘80s via arena rock and power ballads, Journey first started off in a more proggy/fusion direction. Don’t believe me? Feast your eyes/ears on this classic bit of live footage from 1974, of the band performing the tune “Topaz.”