Between A Rock And A Prog Place: KANSAS’ TOM BRISLIN On Joining The Band, “A Dream Come True” 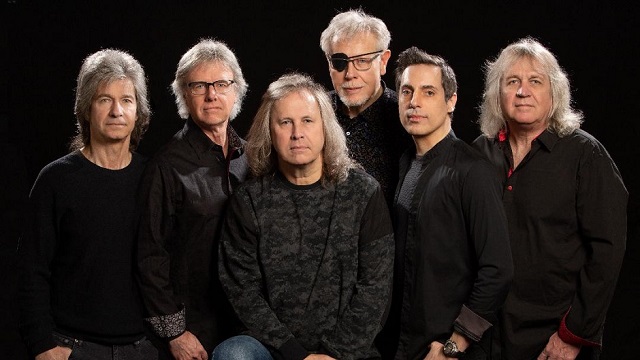 Since 2018, Kansas’ keyboardist has been Tom Brislin – a gentleman who is no stranger to prog rock fans, as he has also played with Yes, Renaissance, and the Sea Within. With Kansas getting ready to hit the road once again in the summer of 2021 (after being off the road for an extended period of time thanks to Covid), Brislin was up for discussing how he joined the band, their latest album (The Absence of Presence), and the current state of prog.

How did you get the gig in Kansas?

Tom Brislin: “I received an unexpected call from Phil Ehart, asking me to join the band. Thomas Waber (head of InsideOut Records) suggested they consider me after seeing me perform with labelmates the Sea Within. Phil and Richard Williams knew of my work with Yes and Camel, and thought that I'd be a good fit.”

How would you compare The Absence Of Presence to Kansas’ classic albums?

Tom Brislin: “When I think of Kansas, especially the classic albums, I think about that balance of singable hooks and deeper musical content that you can really dig into as a listener. I feel that The Absence of Presence has a lot in common with that spirit of approach, balancing the feel of classic Kansas with the sound of the present.”

You also sing lead on a track, “The Song the River Sang.”

Tom Brislin: “I wrote the lyrics for many of the songs, and in some cases came to the group with a practically complete idea with music and lyrics. ‘The Song the River Sang’ was one such idea, and it was the case that I would sing on the demo recordings for reference. The guys heard something in the demo that spoke to them and led them to ask me to sing it for the album. I didn't expect that, but the more I thought of it, it's consistent with what Kansas has done in the past, with an alternate lead voice at certain moments adding variety to the band's sonic palette.”

How would you compare playing in Kansas to when you played in Yes?

Tom Brislin: “Yes was a band that I knew inside and out, and playing the epic pieces like ‘Close to the Edge’ and ‘The Gates of Delirium’ was a dream come true. My tenure had a clearly defined start and end date, and I knew that the Symphonic Tour in 2001 would be the moment for me, so I relished it. With Kansas, it was made clear from day one that they wanted me to be a true part of the group – not just on stage, but also with songwriting and creative input for the future. The trust they show me is energizing and I'm really looking forward to the next chapters of the band's story.”

What are Kansas’ touring plans?

Tom Brislin: “We are getting back out there starting July 2021 and we are planning on going strong well into next year. Things continue to take shape, so at the risk of sounding like an advertisement, I tell everyone to keep an eye on kansasband.com.”

What do you think of the current state of prog rock?

Tom Brislin: “I have to admit that I'm no authority on much of the new crop of prog. Most of the active artists I admire are ones that I have been fortunate to work with, or alongside. The Tea Club, Randy McStine, Rachel Flowers, GLASYS, and the funky stuff like Snarky Puppy, MonoNeon, etc. Then you've got my friend Jordan Rudess who is probably creating music at this very moment and making us all look lazy!”

Swedish symphonic metallists Majestica recently released a digital live single, Above The Sky In Tokyo (recorded at their last show in Tokyo before Covid hit). The single features two ditties, “Above The Sky” and “Welcome To The Theater,” and can be heard by clicking here. Described as “a new technical heavy metal band formed by well-known musicians coming largely from the Norwegian metal scene,” Terra Odium has recently released their debut album, Ne Plus Ultra, which was produced by Neil “Queensrÿche” Kernon. Feel free to check out a music video for the track “The Clouded Morning” right here.

Fast-rising prog metallists Interloper has issued a video for their new single, “Pathkeeper,” off their debut full-length, Search Party – which can be experienced here. Finnish symphonic metallists Nightwish will be re-releasing their fifth studio album, 2004’s Once, on August 6 in a variety of formats, which can be pre-ordered.

In the mood for some melodic metal with progg-y elements? Then Norway’s Big City may be the band for you! Check out the video for the title track off their new album, Testify. Progressive groove metallists Jinjerreturn next month (August 27) with a new album, Wallflowers, which can be pre-ordered, and in the meantime, the album’s first single/video, “Vortex,” can be found here.

Symphonic death metallists Ex Deo will be returning with a new album on August 27, The Thirteen Years Of Nero, via Napalm Records. You can enjoy the official music video for the single, “Imperator,” here. Progressive metalcore outfit Flying Cupid released a new animated video for their song, “All Turns To Dust,” which also serves as the title track from their debut album (which is now available to her on all streaming platforms). Check out the video below.

Opeth bassist Martin Mendez returns with his project, White Stones, next month, when the album Dancing into Oblivion will be released, and in the meantime, you can check out the video for the tune “Chain of Command”. Ex-Nightwish/current The Dark Element singer, Anette Olzon, will be releasing a new solo album on September 10 via Frontiers Music, entitled Strong, which can be preordered here, while the video for the tune “Parasite” is already available for viewing.

Swiss-Italian progressive metallists Virtual Symmetry released a new live album, Exoverse Live - Out Of The Shadow, last month, and a video for the track “Out Of The Shadow” can be viewed/heard. Finnish symphonic death metallists, Brymir, recently signed a worldwide record deal with the Napalm label, with new music coming next year (for a musical refresher, I recommend checking out their official site.

September 10 will see the arrival of the third album by symphonic-prog-death metallists Seven Spires, entitled Gods Of Debauchery, which can be pre-ordered, while a video for the title track is already viewable.

Helloween has returned with a self-titled album, and an official lyric video for the song “Best Time”. Prog/arena-rock vets Styx issued a new album last month, Crash Of The Crown, and are launching a headlining US tour on July 3 and will seemingly run through the rest of the year. For a complete list of the tour dates, visit styxworld.com. 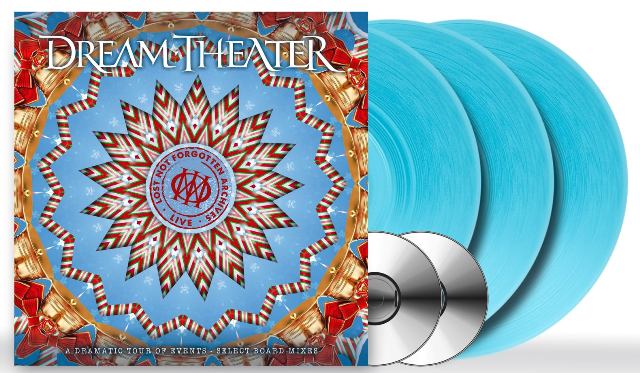 Although some consider Kansas to lean more towards the arena rock side of things (namely, “Carry On Wayward Son”), how can you not deny that their early tune, “Magnum Opus” (which was comprised of six different sections, including one that was titled “Father Padilla Meets The Perfect Gnat”) wasn’t pure prog? If you need further convincing, check out this near ten-minute long live performance from 2017.