Between A Rock And A Prog Place: LONG DISTANCE CALLING – “We Dedicated Each Song To One Endangered Animal” 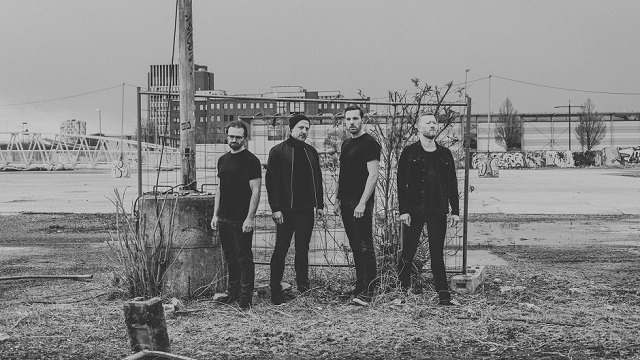 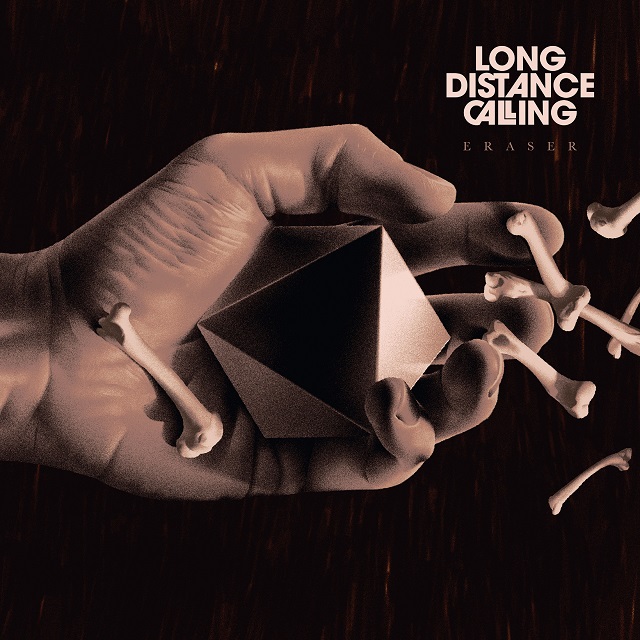 Janosch Rathmer: “It’s our eighth full-length album, and on this one, we dedicated each song to one endangered animal. For example, the starting point was the Greenland shark, because I saw a documentary on TV about the Greenland shark and I think it's possible that the Greenland shark is getting 500 years old – and that's why the song is called ‘500 Years.’ And we talked about it was a good decision to write the soundtrack for each animal. So, we had a list about like 10-15 animals, and then we chose like 7 animals and we wrote a soundtrack for each animal. And the last song is called ‘Eraser’ – and that's not the animal, that's the human. So, that's us.”

Jan Hoffmann: “We just tried basically to have as much diversity as possible, I think it's the most diverse Long Distance Calling album music-wise, because it has the most quiet and calm parts, as well as the most aggressive parts that we ever had. And that was the plan according to the difference of the animals, because like, a bee of course should sound very different to a gorilla or a rhino. So, that was important and a starting point. When we made the list we took care that we have all the environments like water and forest and land and air covered. And of course, you can hear it with the animals because they look different, they have different environments. So, of course they need to sound very different.”

Several singles and videos have already been issued from Eraser.

Janosch Rathmer: “‘Kamilah’ was the first single, then we had ‘Giants Leaving,’ and tomorrow is ‘Eraser.’ For the first two singles we had a guy from Romania, Costin Chioreanu, and he did a really amazing job for the first two singles – for ‘Kamilah’ and ‘Giants Leaving.’ It's all drawn by hand and it's fantastic – both videos have very nice storylines. ‘Kamilah’ I think is one of the most progressive songs of the new record. It's dedicated to the gorilla. The gorilla is a very complex animal – it's very close to humans and so we also needed a complex song and a very progressive song…like, many different moods, many different beats and parts. I think that it's one of the most progressive songs to date for Long Distance Calling. And the second single is Giants Leaving, and that's a very straightforward song – it’s like four on the floor, all the time on the drums and it's a very short song for us. Because normally, we are not able to write songs under like 7-8 or even to 12-15 minutes. And on that one, we made it. So we had I think one of the shortest songs ever and I think it's very, very, very, very nice, and it's also a little bit optimistic. I think that's the most optimistic song on the record and it's very airy and I think it fits perfectly to the albatross – that's animal behind the song.”

Which song is the most complex Long Distance Calling track?

Jan Hoffmann: “That's a good question. ‘Kamilah’ for sure on the new one. And of our discography? Janosch, what would you say?”

Janosch Rathmer: “It depends. Some songs are really hard to play, but it also depends on the instrument. There are songs that are really hard to play for me as a drummer, but the guitar player says, ‘Oh, it's a very easy one.’ And sometimes it's the opposite – for me, it's a really easy song and for the guitar players it's really hard to play. But in the end, I think the most important thing for us is that that the song is working – that we have a song with a good and solid hook line. And that's the most important thing. And atmosphere is always over very complex stuff, but I think on the new record we finally have a good mixture of very complex parts when it comes to playing the instrument. And on the other hand, we also have very atmospheric parts. We have very, very quiet songs – like ‘Blood Honey’ for example. That's the song for the bee and I think the part in the end it's very, very, very quiet. That's always also very challenging for us – playing not really straightforward and loud and complex, and then maybe just calm down very much and play like really quiet notes and stuff. That's also very challenging because for us, dynamic is always also very important when comes to songwriting.”

What do you think of the term “prog rock”?

Janosch Rathmer: “I think it's like every genre – you have very, very good bands, and you also have bands like…I don’t like if a band just plays complex stuff to play complex stuff. For example, a band like Porcupine Tree – and especially for me as a drummer – Gavin Harrison, he's the perfect example for playing really, really complex and tricky stuff, but it sounds not complex and tricky. It's very fluid and very musical. I really like it when progressive bands still have the main focus on the song itself – like writing good songs. That's the most important thing, and not being like a math rocker and playing stuff just to play it because you can. I think the main focus should always be on the song.”

Jan Hoffmann: “For me personally, it's quite different what prog rock stands for and what it is actually. Prog, everybody thinks of like, Porcupine Tree or Spock’s Beard or Dream Theater or stuff like that. That's what prog is as a genre probably. But progressive music itself is so much more. And for me, it's always like going through boundaries and to try something fresh and new, and to assemble new stuff – that's what progressive should be in my personal opinion. But Janosch is totally right when it comes to the genre and the approach to the genre.”

You just mentioned Porcupine Tree. Who are some other prog bands you enjoy?

Janosch Rathmer: “Pink Floyd, for sure. They’re the godfathers of prog rock. I think everybody in the band is a big Tool fan…except me. I don't get the band. I tried it several times. But I think Floyd is the main band we all can agree on.”

Jan Hoffmann: “And maybe some older Dream Theater stuff – as long as there’s not too many keyboards involved. For me, the gate opener into prog – before I knew it was prog – was probably the cliché, ‘Pull Me Under’ by Dream Theater in in the ‘90s. Because it was on a CD sampler and I listened to it and I loved it. I think that was the band in the 90s that was a door opener into prog when you were into rock and metal music.”

Janosch Rathmer: “For me, also. When I started playing drums, Mike Portnoy was a big influence. I think he's maybe the most important drummer when it comes to prog rock. He still is a big influence for many young players, also.”

Jan Hoffmann: “Playing as much as possible with this album. And as many places as possible, actually. But no one knows what happens – fingers crossed. But it's definitely the plan to do extensive touring with the album, because I think it's a very important topic and we put a lot of effort and work in it, and brains. We want to definitely spread the word with a topic and the songs as much as possible, and show it to people on the stage if possible somehow.”

Janosch Rathmer: “And hopefully we'll be going to make to the US someday, because we've never been there and it's on the list – definitely.”

Queensrÿche has issued a new video for the track “Forest,” from their forthcoming album, Digital Noise Alliance, which drops October 7 – check out the video below. Dream Theater guitarist John Petrucci will be embarking on his first-ever solo tour in October on the east coast – in support of his latest solo effort, Terminal Velocity. Backing him will be original Dream Theater drummer Mike Portnoy, as well as long-time Steve Morse bassist Dave LaRue. Click here for dates.

Prog godfathers Emerson, Lake & Palmer will be getting the box set treatment on August 26, with the arrival of a deluxe 7” vinyl box set, simply titled Singles. German prog metal masters Vanden Plas will be issuing Live and Immortal, on August 12. The 2 CD + DVD set (and also limited edition 2 LP gold vinyl) was recorded December 30, 2016 in their hometown of Kaiserslautern, Germany.

Sons of Apollo will be performing their first live shows since before Covid this month in South America, but bassist Billy Sheehan will not be in the line-up due to “travel restrictions.” Angra’s Felipe Andreoli will be filling in for the dates. Prog metallists Unprocessed are touring throughout this month in support of their latest LP, Gold, which comes out August 12. Check out their latest video below, “Fabulist.”

Washington, DC/Florida-based avant/jazz-infused instrumental trio, Odd Circus, will be issuing their latest album Deus, on August 5th, and recently issued a video for the track ‘Scoundrel’. Gematria is a new progressive/instrumental duo formed by members of Six Feet Under and Daughter Vision, and will be issuing their debut offering, The Spindle Of Necessity, on September 23rd.

Swiss-Italian prog metal quintet Virtual Symmetry has issued a video for the track “Come Alive” (which will be on their forthcoming self-titled album and arriving next month) – see below. San Francisco’s Zero Hour (who list their influences “the Dio-led years of Rainbow, The Pat Metheny Group, and Dream Theater”) recently issued their latest album, Agenda 21, as well as a video for the track ‘Technocracy’.

Another prog metal band, Immortal Guardians, recently issued a new video, ‘Echoes,’ off their new album, Unite and Conquer. The ninth album overall by Avantasia, A Paranormal Evening with the Moonflower Society, won’t be released until October 21, but a video for the track “The Moonflower Society” can already be viewed.

Described as a “stoner/progressive metal quintet,” Moths issue their debut effort, Space Force, this month – check out their “video visualizer” for the album’s title track below. The sophomore effort by Allen/Olzon (that would be Russell Allen and Anette Olzon) drops on September 9, and an audio visualizer of the title track is already available.

The Sacramento-based Graveshadow (who is described as a band ‘who deftly mixes symphonic/gothic metal with elements and influences from a variety of styles to create something epic, progressive, melodic, and powerful’) recently issued their third album, The Uncertain Hour, and a new tune, “Gwynnbleidd”, can be listened to. Muse return on August 26th with their ninth studio effort overall, Will of the People (which was produced solely by the band), and a video for the tune Kill or Be Killed is ripe and ready to be seen/heard. 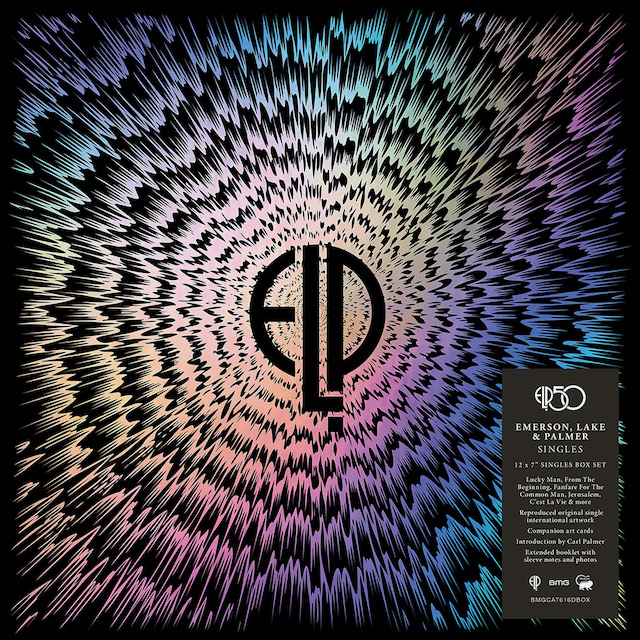 It’s hard to fathom that Iron Maiden has never performed one of their proggiest tunes, “Alexander The Great” (off 1986’s Somewhere in Time) in concert. But here is what the tune would sound like on stage – presented by the great tribute band, the Iron Maidens. And while we’re on the subject of Maiden…happy birthday to Bruce Dickinson, who turns 64 on August 7!