BraveWords Reflects on CHILDREN OF BODOM’s Follow The Reaper 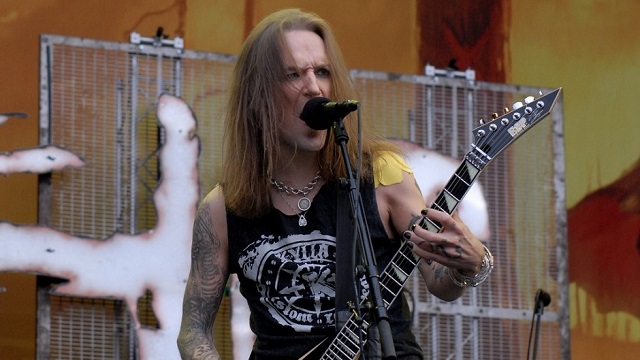 The metal world was shocked recently when it was announced that Alexi Laiho, founder of Children Of Bodom and new band Bodom After Midnight, had died at only 41 years old at his home in Helsinki, Finland. As a result, BraveWords has decided to re-examine Children Of Bodom’s third album and creative pinnacle, Follow The Reaper.

Though not Children Of Bodom’s commercial peak (that would happen five years later with Are You Dead Yet?), Follow The Reaper is often thought of as the band’s creative apex, the group perfecting its early sound - a hybrid of melodic death metal, symphonic black metal, power metal, ‘80s glam rock, and neo-classical elements - before its burly, more riff-oriented mid-late ‘00s sound took hold. In a sense, Follow The Reaper was Children Of Bodom’s last album as an up-and-coming band, as the group’s transformation into one of metal’s biggest names and bonafide concert draws was, literally, just one album away. Follow The Reaper, like all albums, is a moment in time, so let’s jump into the fogs of nostalgia and turn things back to October 2000 when the world was hearing Children Of Bodom’s third album for the first time.

The early 2000s were a transitional time for death metal. The Swedish scene of the early ‘90s that had spawned genre re-defining albums such as Entombed’s Left Hand Path was starting to feel unmoored as bands dealt with line-up changes and creative challenges (paradoxically, both ennui with their status quo sound as well as unsuccessful experimentation into more mainstream directions). Meanwhile, melodic death metal known as “the Gothenburg sound”, pioneered by the likes of At The Gates, In Flames, and Dark Tranquillity, had made a major impact in the mid- to late-‘90s but, by 2000, had recently peaked with the 1999 release of In Flames’ Colony. Though Dark Tranquillity would release the incredible, and incredibly underrated, triumvirate of Damage Done, Character, and Fiction during the 2000s, melodic death metal’s general decline was more than apparent when Reroute To Remain, In Flames’ first leap into a more mainstream direction, was released in 2002. At the same time, bands that were to become some of the biggest names in ‘00s metal such as Lamb Of God, Mastodon, and Shadows Fall, among many others, were releasing debut or early albums. So, like we said, Follow The Reaper found its home in a metal scene that was witnessing its tectonic plates shifting. 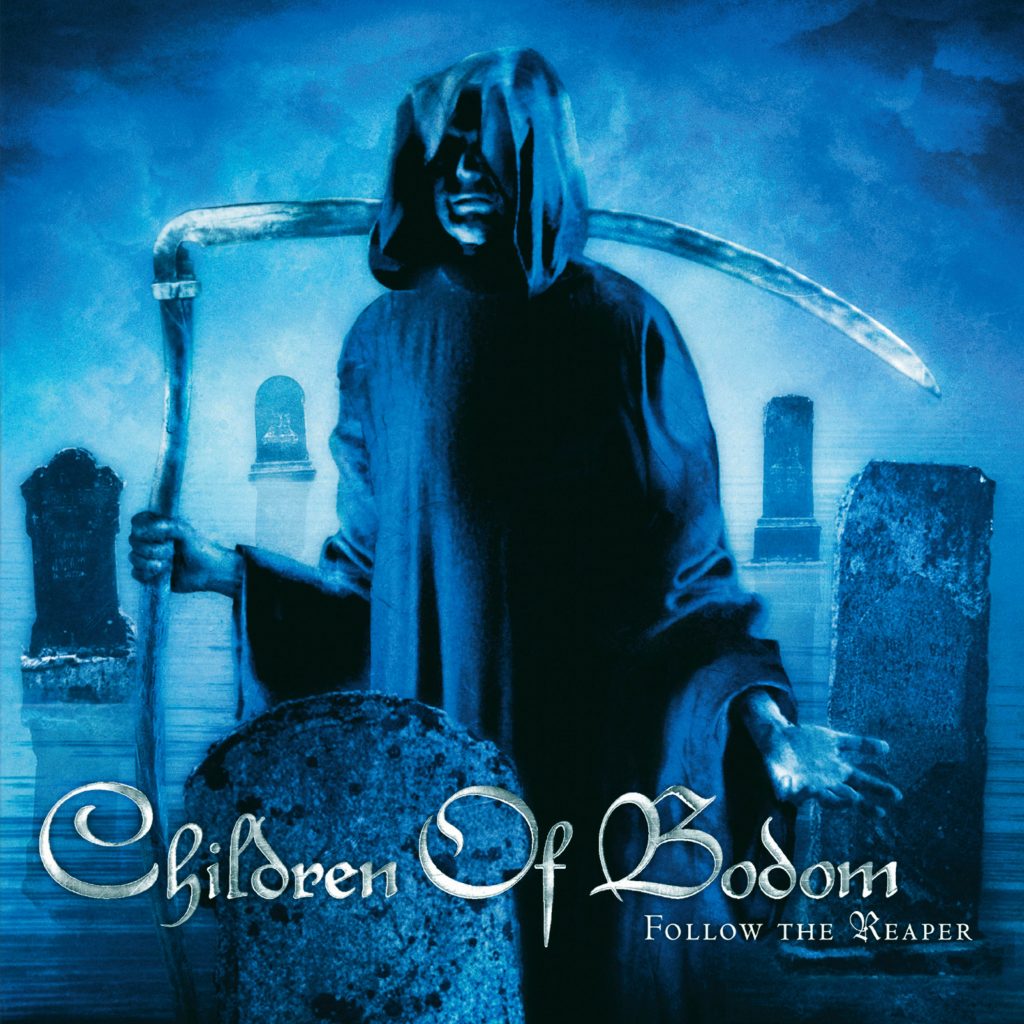 The first thing one notices as Follow The Reaper begins to play is its production. Though recorded at The Abyss, the high-profile studio in Ludvika, Sweden, the album’s guitars sound thin and tinny (with just way too much treble), and immediate impressions are of an album of giant ambition combined with production that’s just too small. We’ve always wondered what the re-mixing and re-mastering process could do for Follow The Reaper but, hey, you can’t always get what you want, right? That said, as the album plays, the production issues are soon overshadowed by the creativity (so much creativity) enclosed.

Follow The Reaper opens with its high-energy title track, which is among the best of the entire Bodom catalogue. By this time in Bodom’s career, it was evident that Janne Warman’s keyboard playing was about more than just background ambiance and was a signature part of the Bodom sound. Follow The Reaper, both the track and the album, wouldn’t be the same without the keys, and Warman plays a unique and complementary role to Laiho’s leads from the outset here. “Follow The Reaper”’s guitar solo is what elevates this song, though: it’s only 14 seconds long, but in that short time Laiho managed to encapsulate the totality of his playing: classically trained and virtuosic, highly energetic, and full of nothin’-but-a-good-time flash. It sets the tone for the rest of Follow The Reaper.

To say that this album is stacked with Children Of Bodom classics is an understatement, as it includes the swirling (and then whirling) “Bodom After Midnight”, early hit single “Hate Me!”, the dramatic and melodic “Everytime I Die” (which could have easily appeared on Hypocrisy’s self-titled album or The Arrival), and the confidence-on-overdrive of “Kissing The Shadows”, among others. That said, “Mask Of Sanity”’s keyboard intro might be one of the most memorable and listenable in metal, the keys then leading into a cacophony of double-bass and riffing that, inevitably, finds a huge chorus and, eventually, a high-flying guitar/keyboard dual solo full of proficiency, theatrics, and verve. It’s an epic song, one that seems immortal and as if it was written through a lens called seemingly endless time. 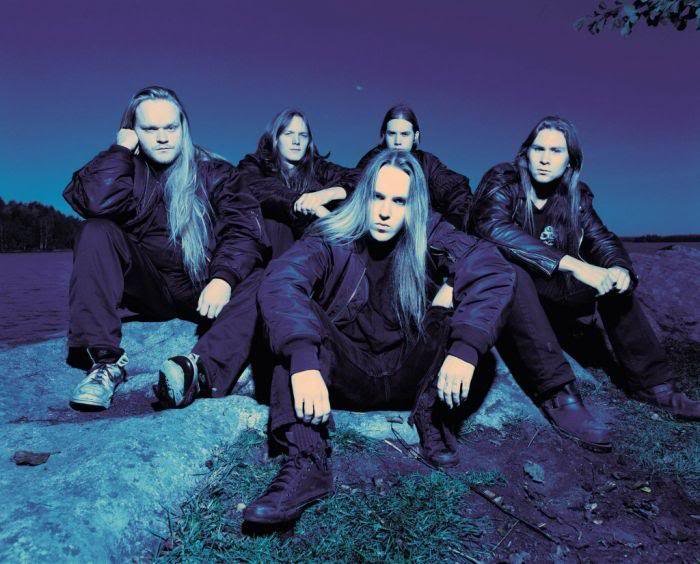 So, yes, Fear The Reaper was a big album on its release and it’s retained its Ride The Lightning-like stature now 20 (!) years later. That’s not to say that Children Of Bodom didn’t write any strong material after Fear The Reaper. Far from it. There’s about fifteen or so tracks up to the last Children Of Bodom album, 2019’s Hexed, that rival the songs here. But only Follow The Reaper has the consistency and completeness to act as a cohesive whole.

Like we said above, this isn’t the most commercially successful Children Of Bodom album, as the band was only a few short years away from stratospheric fame with follow-up efforts. But, as it stands, Follow The Reaper might just be the band’s best. And as we process the news of Alexi Laiho’s death, we look back on Follow The Reaper and its virtuosity, energy, and flash with renewed interest and curiosity.