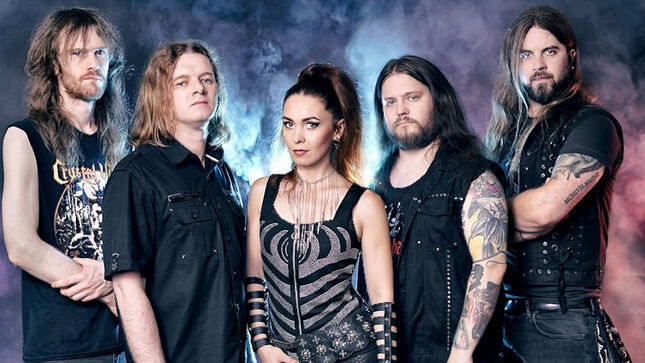 Slithering for 15 years, Polish brigade Crystal Viper are sharpening their steel with The Last Axeman EP, out now via Listenable Records. The title track is a re-record of one of the first Crystal Viper song composed, while also containing one new track (“In The Haunted Chapel”), two covers, and a slew of live performances from their #RockOutSessions online stream. Talented and charismatic frontwoman Marta Gabriel sat down with BraveWords to discuss the EP, 15 years since their debut The Curse Of The Crystal Viper, cover songs, and future plans.

BraveWords: Please explain the idea behind the EP and the decision to rerecord one of your earliest songs, “The Last Axeman”.

Marta: “We wanted to celebrate 15th anniversary of our debut album, by re-recording one of our old songs, ‘The Last Axeman’, and releasing it as a single. As you know the idea with the single didn’t really work out, as we simply gathered more material, so we now have this EP with eight songs on it. An interesting thing about ‘The Last Axeman’ is that it’s the very first song that I composed for Crystal Viper, so it’s a perfect song to celebrate the 15th anniversary. It also seems it’s one of the favorite songs of our fans, so we thought it deserved to be recorded again, with an updated production and arrangement.”

BraveWords: New song “In The Haunted Chapel” continues the Lovecraft lyrical theme from The Cult; what was the idea behind this track?

Marta: “Yes, ‘In The Haunted Chapel’ is a brand new song, that I composed especially for this release, but it would fit to The Cult album perfectly, because as you noticed, it’s lyrically inspired by an H.P. Lovecraft story, The Haunter Of The Dark. Also, the style of the song has a very similar atmosphere to those you can hear on our latest album.” 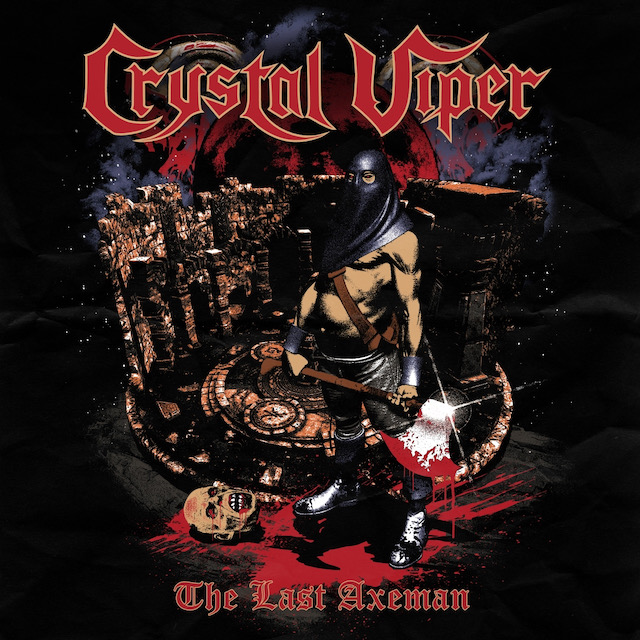 BraveWords: Happy to see Aria receive some love – such an underrated, excellent band. Why did you choose to cover them and their song “Ulitsa Roz”?

Marta: “We love recording cover songs, and we recorded many, many of them. So it’s basically like a tradition in our case. We keep on recording cover songs of our favorite artists, to show our fans where it’s all coming from, what are the roots of our band, but it’s also a tribute to bands who inspired us and had influence on what we do, so yeah. In the past we recorded cover songs of bands and artists such as King Diamond, Exciter, Riot, Grim Reaper, Agent Steel or Manilla Road. Now for this EP, we recorded cover song of Aria. They’re an excellent band, I’m a huge fan of their first few albums.”

BraveWords: Diamond Head’s “It’s Electric” is a magnificent song and was made even more famous when Metallica covered it! Lightning To The Nations is a legendary record, why choose “It’s Electric” to cover?

Marta: “I’m a big, big fan of Diamond Head, they’re one of my absolutely favorite bands! I’m very happy we had a chance to record it - we were invited to join the official Diamond Head tribute album that is coming out later this year. When the recording was ready, we thought it would be cool to include this song on The Last Axeman as well. We were thinking about recording either ‘It’s Electric’ or ‘Call Me’, we started with ‘It’s Electric’, we liked how it sounded, so we kept it.” 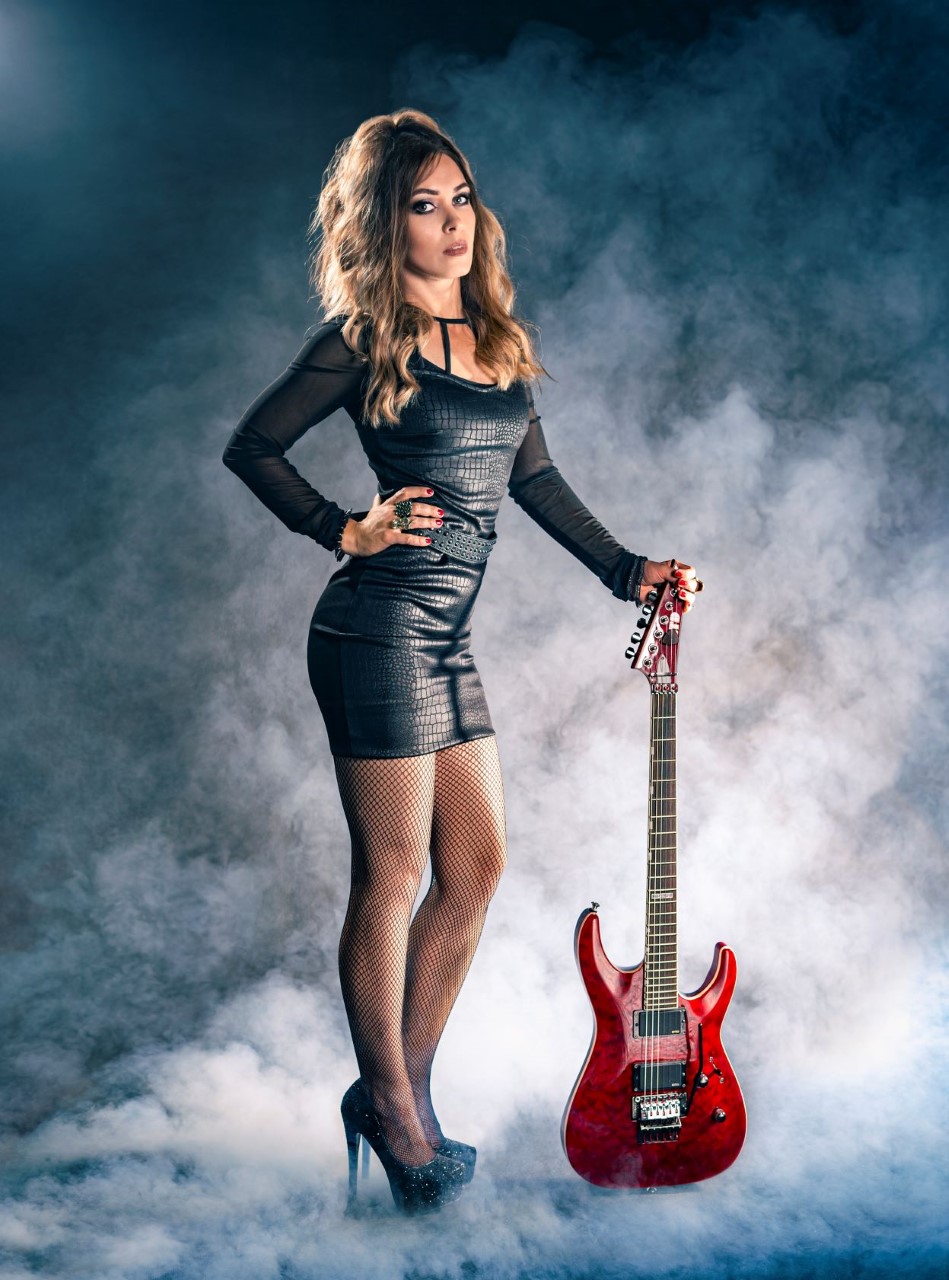 BraveWords: The EP finishes up with songs from The Cult, but performed in a live setting. How was the #RockOutSessions experience? Was it strange playing live without any audience?

Marta: “I actually started the RockOutSessions series 2 years ago with my friend, Rafal Kossakowski (owner of the studio), and so far we recorded six bands as part of it. The reason for this action was the pandemic: we wanted to support other bands, and arrange some studio time for them. When we were rehearsing with Crystal Viper in Poland last year, we decided to make a recording like this as well, to give our fans a bit of a live show feeling. We all liked the final result so much, that we thought this short studio live performance deserves to be released on a physical medium. The experience was cool, but of course it doesn’t replace the actual live show vibe.”

BraveWords: Your voice has incredible range, which is especially evident tackling King Diamond and “Welcome Home”. How challenging was it to sing that song? Are there certain treatments or exercises you do to take care of your voice?

Marta: “Thank you! ‘Welcome Home’ is a great song, which King Diamond performed in a great, theatrical way, and I wanted to create similar atmosphere with my voice. When I was recording this song, I learnt new singing techniques, and that was very exciting. I also remember some funny moments, when I was trying to sing with the new techniques, and I was laughing out loud after I heard some funny noises that were coming out of my mouth. I will always remember the recording session for this song, what an interesting experience it was! As for certain treatments, I simply do what’s best for my health – I don’t drink any alcohol, I don’t smoke, I eat healthy, and I’m hitting the gym couple of times a week. In better shape your body is, the better for your voice.” 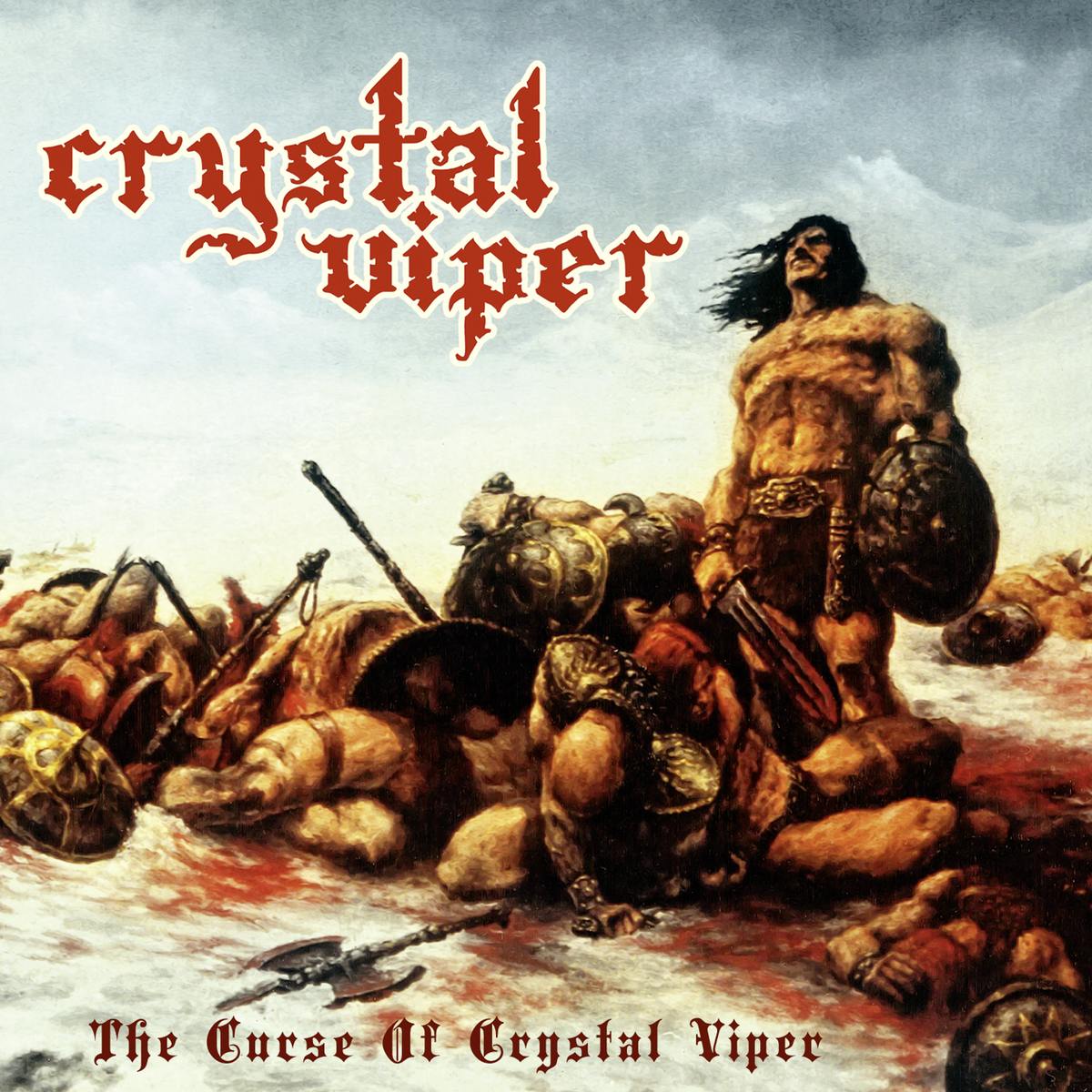 BraveWords: 2022 marks 15 years since Crystal Viper’s debut, The Curse Of Crystal Viper. What are your memories of the record and how do you feel about it 15 years later? Any reissue plans for the album or any of the past Crystal Viper records?

Marta: “The first Crystal Viper album is still easy to get so there are no plans for any special reissue, and the new EP is actually the anniversary release. Memories, and how I feel about this album 15 years later? First of all I think it’s a huge success that we’re still playing and recording, we did eight albums since then and played in 15 countries. I remember we were very excited when we got the deal offer, and when we were recording that album. Back then we had no Facebook, there was no something called NWOTHM and so on, and actually all people around us were telling us it’s bad idea to play classic heavy metal in Poland. We were outsiders, we were playing Manilla Road and Cirith Ungol covers, while almost all bands around us were playing Black and Death Metal. It sounds insane, but it was like that – 15 years isn’t much, but it feels like a different era now. I also remember we were totally broke at that time, we used our last money to record that album, we were sleeping on the floor in the studio, and we were using some really bad amps and guitars. But we were determined and we didn’t give up.”

BraveWords: What are the future plans for Crystal Viper? Any tour, concert plans or a new full-length album on the way?

Marta: “Well, I really hope that we will finally play some shows, and I hope that the re-scheduled European Tour with Raven and Wolf will finally happen. I can’t wait to return to the stage, to play live and share our music with the people. No, no new album on the way, but in fact I have few other ideas. So keep on checking our pages!”

BraveWords: To finish up, I’d like to ask about Moon Chamber. I enjoyed the 2019 debut – any plans for new Moon Chamber music?

Marta: “Yes, I also enjoyed working on this album, it has some really amazing songs. But no, I don’t think there will be another Moon Chamber album or recordings.”