DANKO JONES And The Ultimate SACRIFICE 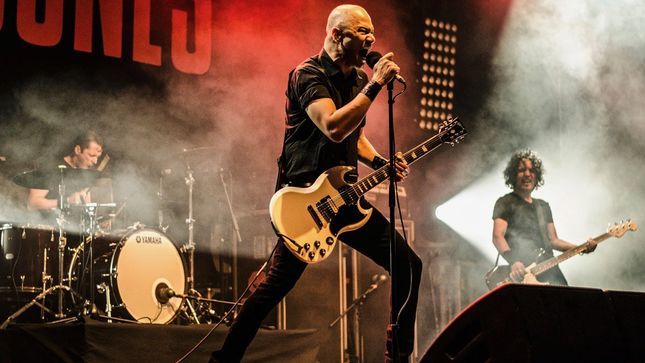 Vocalist / guitarist Danko Jones is best known for being the man behind one of Canada's premier rock bands, with an international following that many artists can only dream about. Take away the stage, the lights and his gear, and Danko is as much a diehard metal fan as anyone reading the pages of BraveWords. He will fall into conversation with you about metal at the drop of a hat, more than likely proving to be far more knowledgeable about your favourite bands than you'd expect of someone who sings songs with titles like "I Think Bad Thoughts", "My Little R'n'R" and "First Date". Danko is just as likely to introduce you to metal bands you've never considered to add to your daily playlist. Case in point as we wrapped up our conversation about the new Danko Jones album, A Rock Supreme, when posed the question about Canadian metal bands he believes were stuck well below international radar in their prime and deserve critical acclaim the world over.

"Razor and Sacrifice," says Danko without missing a beat. "It baffles me in terms of the world of metal how they're virtual unknowns. I mean... Razor's discography... are you fucking kidding me? Shotgun Justice (1990), Violent Restitution (1988)... all of metal should be into these guys. Someone should make a documentary on Razor's discography (nine studio albums) because it's phenomenal, and it would be cool to see them get their props. Razor are working on a new record, they're touring, I follow (guitarist) Dave Carlo's Instagram page for Razor. I see all these kids - and I don't mean to sound old - and they're all into Lamb Of God and Gojira and Mastodon, which are three amazing bands. That makes me think these kids would love Razor. It's not as if metal or hard music has gone in a certain direction that's a million miles away from Razor to the point they couldn't appreciate it. Don't tell me a kid who gets into Lamb Of God won't listen to a Razor record and go 'This is fucking incredible!'"

Like Razor, Sacrifice is another member of the Canadian "Big 4" - with Voivod and Annihilator rounding out the ranks - that made their mark in the Great White North in the '80s and into the '90s but were never truly given their dues. Danko is a diehard fan, making a February 2016 appearance on stage with the band during the Inertia 20th Anniversary in Toronto, what he calls "one of the greatest moments of me being in this band called Danko Jones." 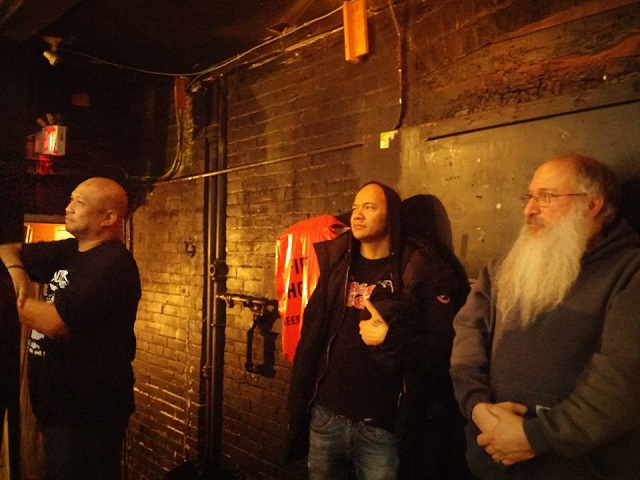 "Oh my God. Nobody's ever asked me about that night. I really get emotional when I think about it because it was like a knighting. I got home that night after the show and I just couldn't believe it. I was thinking 'Holy shit.... just take all that in.' Seriously, it was like all the guys that I thought were cool said I was cool (laughs). I don't know how else to put it. We did (Motörhead's) 'Iron Fist' and, fuck dude.... even practicing with them before that evening at rehearsal was amazing. And that night, everybody who I grew up with as a young metalhead - some of whom I didn't know until years later but are now friends - they were all there. We all know that Sacrifice was the king of our scene, and it made every single time I went into the (downtown Toronto import record store) Record Peddler and got the evil eye worth it. I've sung with other artists on stage - Guns N' Roses, Volbeat, Saxon - and it's always meant something to me, but with Sacrifice it was something a little bit more because it was a home thing. It was really personal."

"I've never really talked about it in an interview, and I have to tell you I think it's the heaviest thing I've ever done," Danko continues. "I put that on the same list as when I sang 'Thrashers' with Death Angel and 'Killed By Death' with Motörhead, but singing live with Sacrifice in Toronto with people I knew in the room... amazing. That night was the heaviest metal moment for me, ever. And that day I was in the hospital because I cut myself with a butcher knife while I was doing the dishes - not very metal, I know (laughs) - so I went to Emergency thinking I wouldn't make it to the show. I don't know why, but there was nobody in the Emergency room. I saw a doctor in less than 10 minutes. I hopped on stage that night with bandages on my hand looking very metal (laughs), and if you watch the video you can see I'm holding my hand away from my body because I don't want to hit the stitches. It was a crazy day, from morning until night. I'll never forget it and I can never thank the guys from Sacrifice enough for it."