DEREK SHERINIAN - In The Name Of The Lord 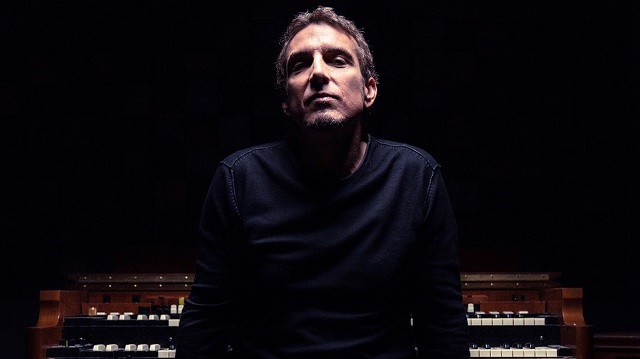 Derek Sherinian isn't a household name, but he's been in demand as a keyboardist in rock and metal circles since working with shock rock legend Alice Cooper on The Last Temptation album in 1994. His career truly took off when he joined Dream Theater in 1995, replacing founding member Kevin Moore, and subsequently turning the band's sound on its ear to some degree with his aggressive style of playing according to many fans. Being ousted from the band in 1999 due to creative differences was only a bump in the road for a career that was just getting started. Since then, Sherinian has gone on to work with Yngwie Malmsteen, Billy Idol, Whitesnake Black Country Communion, Sons Of Apollo, Michael Schenker Group, as well as launch his Planet X project and record nine solo albums. His newest release - other than a guest shred on the scathing Exes For Eyes single "Built To Suffer" - is Vortex, an eight track instrumental rollercoaster. Take a few listens through the record and one starts to hear Sherinian as the Steve Vai of the keyboard world.

He makes it clear from the outset, however, that the fireworks on Vortex aren't his alone. The record is a collaboration between himself and drum legend / producer Simon Phillips, who has worked with everyone from Jeff Beck to Judas Priest to The Who.

"Just like when I put The Phoenix out in 2020, Simon Phillips and I wrote everything together," begins Sherinian. "This was a continuation of the writing; it has the same energy. There are some amazing players on it: Michael Schenker, Zakk Wylde, Steve Stevens, Nuno Bettencourt, Bumblefoot... the record covers a lot of musical ground, so we can't just have one person make it sound right. The music calls for getting the very best players in the world. Simon Phillips played drums, he composed the tracks with me, and he co-produced the record. It sounds killer."

"The thing is," Sherinian adds, "I don't need the guitar players. My next record is going to be piano trio with Simon; all acoustic piano, no synthesizers, no guitars. That's a huge challenge for me. I dipped my toe in the water a bit with 'Dragonfly' on The Phoenix, and with 'Scorpion' on this album, and the response has been overwhelmingly positive. So yeah, my next endeavour is to really work on my piano chops and write that album." 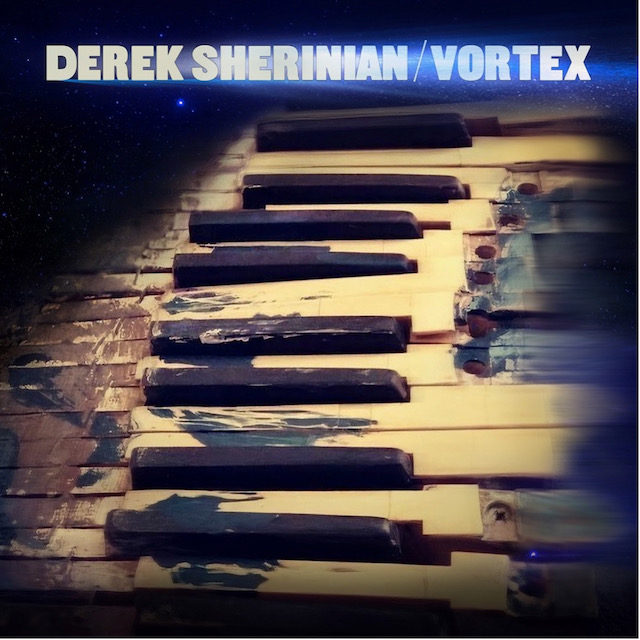 No question, as an instrumental record Vortex caters to a closed audience. Sherinian has no illusions of chart-topping success or breaking the bank. This is niche music at its finest created with that in mind.

"Totally," Sherinian agrees. "We made the record that we wanted to make, and if people want to join us, that's awesome. We kept writing as we went along, and when we settled on something that was worth writing we'd finish it, and we did that until we had 45 or 50 minutes of music."

In spite of Sherinian and Phillips being virtuoso players, their compositions aren't mapped out to the n-th degree, locked into form through mathematical precision. Quite the opposite, in fact. Sherinian explains:

"For the track 'Scorpion', for example, it started with piano for the first couple sections and I sent it to Simon, and when he was convinced it was something he could work with we went in together and tweaked some of the melodies. Once he does his thing, we spend a couple days together in the studio finalizing the structure of the song. So it starts off individually and then we collaborate until the track is done. From there we figure out the sequencing for the album, so it all fell into place organically over an eight-month writing period."

It's this organic approach that gives Vortex a definite mood, groove and energy.

"That has to always be prevalent," Sherinian agrees. "That's important to both Simon and me. Technique is a tool to get a certain energy out, but I think if it's all about technique all the time, it dulls people's senses. You have to give people something tasteful and something comfortable as well as the technique. I think Simon and I have found the perfect balance between virtuosity and creativity." 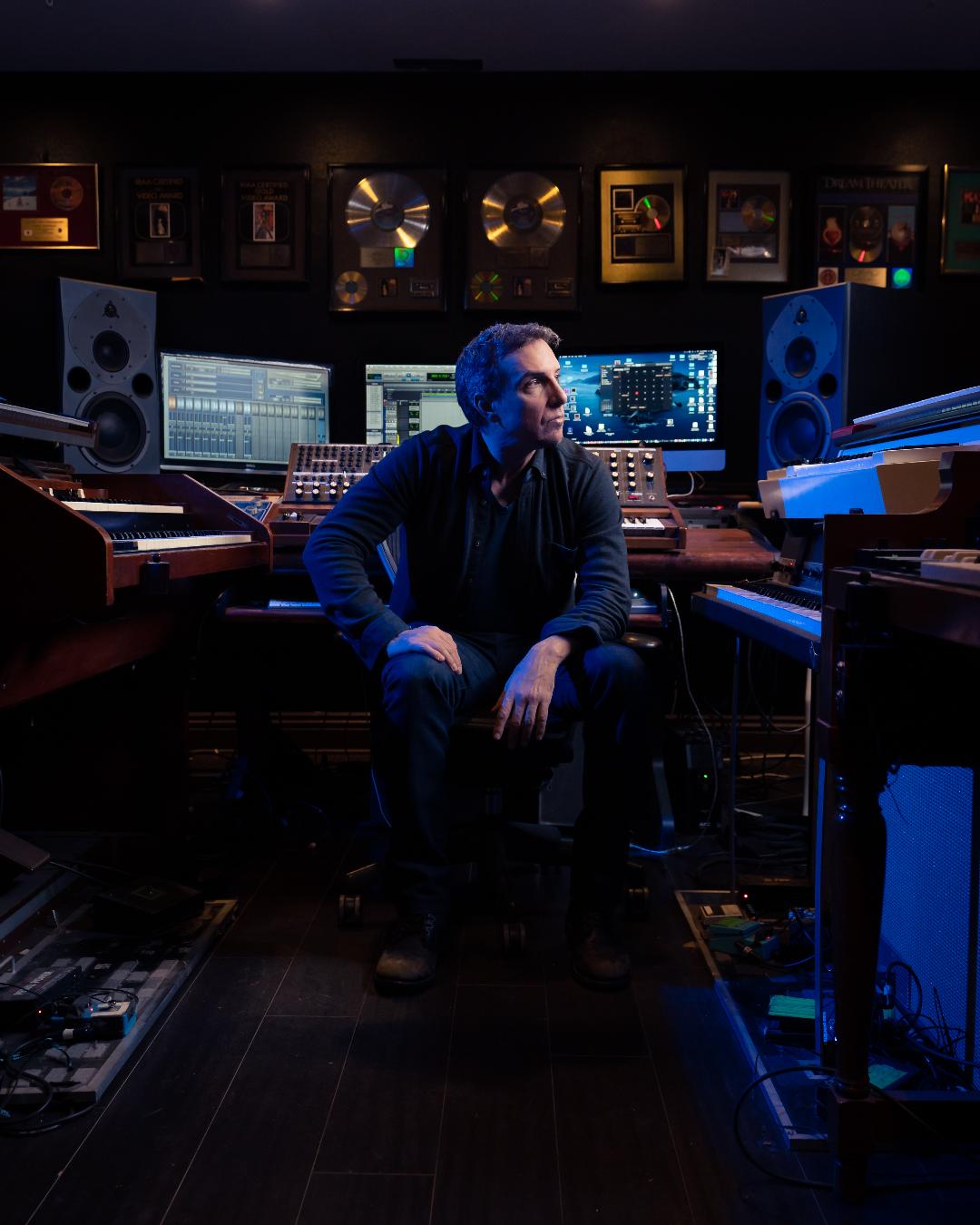 Anyone who has followed Sherinian's career is aware of his signature sound, which has a lot in common with the late, great Jon Lord of Deep Purple fame. This is, of course, his use of Hammond organ. Sherinian stands out at the forefront of keyboard players the way Zakk Wylde and Michael Schenker stand out amongst guitarists.

"I love Hammond organ, and I've used it on everything since I started with Dream Theater. Big time in Black Country Communion, Sons Of Apollo, my solo records.... it's a huge part of my sound. I loved Jon Lord as a kid. I wasn't the biggest Deep Purple fan but I love how Jon Lord, as a keyboard player, fit into the hard rock situation. There wasn't anything cheesy or Tinkerbell about his sound. For me, distorted Hammond is the ultimate rock sound and that's what I go for."

"Funny enough, David Coverdale has been asking me to play on a lot of Whitesnake stuff over the past six or seven years, so I'm on six Whitesnake records. He says the way I play, I sound like the illegitimate son of Jon Lord (laughs). I love that; Jon Lord is the king."

Sherinian's other trademark is composing and playing keyboard parts that are often mistaken for guitars.

"I've been dealing with that my whole life," he laughs. "In fact, there's a lot of stuff on the Falling Into Infinity record, for example, that a lot of people didn't realize initially that some of those 'guitar' parts were keyboards. I think that kind of got lost in the mix a bit. But over time with the more records that you do, you learn how to find your sonic space and how to blend in with different players and different environments, but at the same time learn how to impose your signature sound in the mix."

Once upon a time keyboards being front and center in metal, even for only a 16-bar stretch, were generally viewed as cheesy and uncool. The rise of bands like Dream Theater, Rammstein, Kamelot, Rhapsody and the like has made this less of an issue, but it's a criticism that hasn't really affected Sherinian because he has always made a point of going against the grain.

"I take great pains to keep the sounds that blend with heavy guitars," says Sherinian. "I was on the Generation Axe tour, and I had to play with Steve Vai, Yngwie Malmsteen, Zakk Wylde and Nuno Bettencourt all on the same night, so I would have to switch up my styles. When I was playing 'Children Of The Grave' and some other Black Sabbath songs with Zakk, he is so loud; you can't go up there with some cheesy-ass digital keyboard. The only thing that is not only going to compliment, but keep up with, those heavy guitars is a fucking Hammond going through overdriven Marshalls. That's what I do and it's a huge part of my sound. I'm really honestly surprised that more keyboard players don't tap into it." 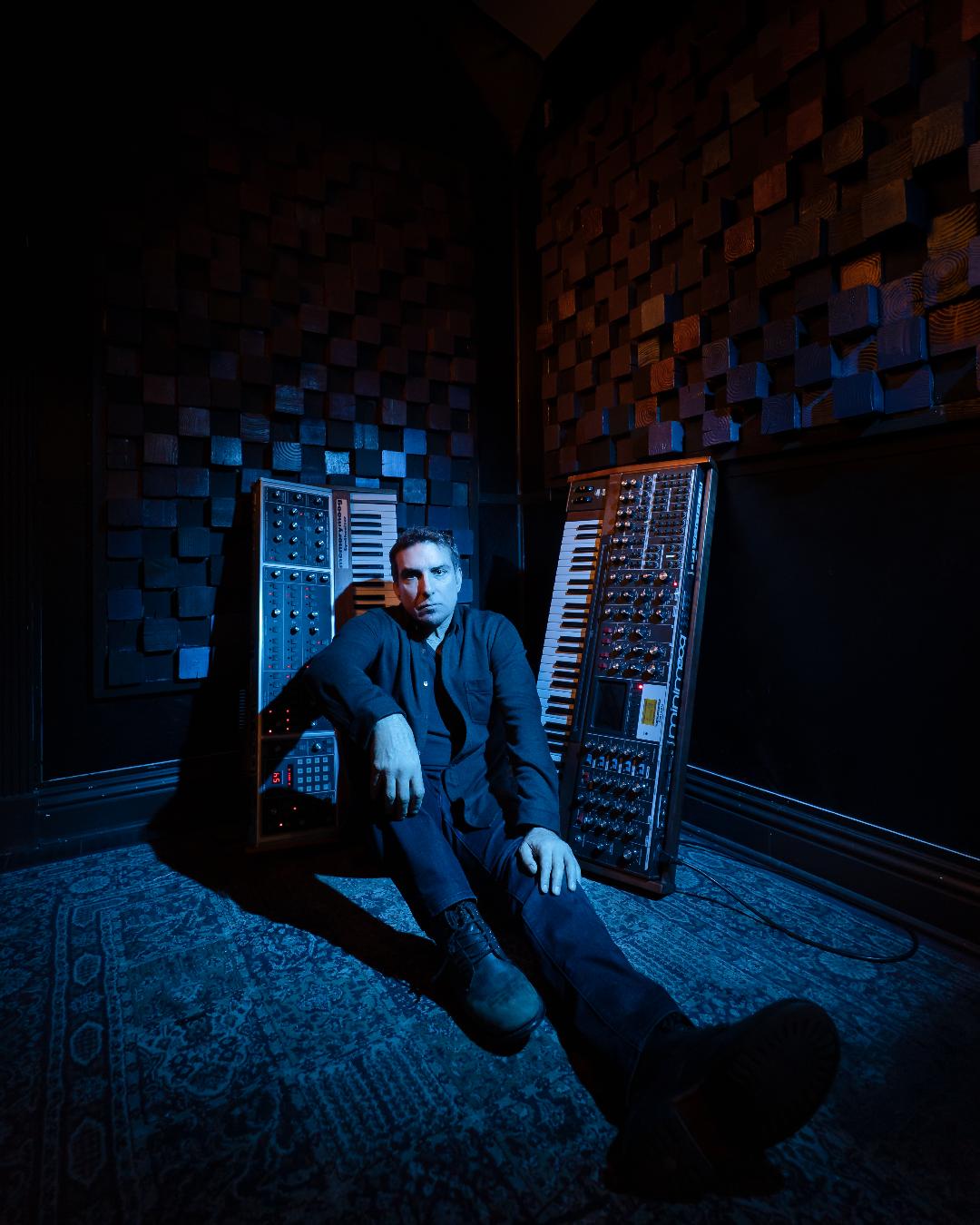 That said, Sherinian keeps his ear to the ground when it comes to modern keyboard technology in order to (possibly) up his game.

"Let's put it this way: I try to keep an open mind and an open ear when it comes to new technology because I don't want to be that dinosaur stick-in-the-mud 'I only play vintage' guy. There's a lot of cool stuff that's coming out. But I ended up purchasing a keyboard recently - it was an expensive flagship model from a certain company - and I've had it for about a month, and I'm just not vibing on it. I'm not sure that I'm glad I bought it, and I find myself going back to the B3, the Moog, the vintage stuff, and the piano because they're all timeless. They will always sound cool."

With a career spanning over 25 years, Sherinian has a daunting catalogue of albums and tours under his belt, with plans on adding to it as the years play out.

"It's been a great journey. There have been a lot of highs, there have been some lows, but the process of going through these tours and records, I've learned so much. The one main thing I always try to do is practice, challenge myself, and always push myself to get better as a musician. There were a lot of years, like when i toured with Billy Idol, when I kind of went on cruise control and I didn't put the time in on my instrument. I was making the money, travelling business class and staying in nice hotels, and not pushing myself. That makes you soft, so I make sure to try and keep that edge."