DOCTOR PHEABES – “In Brazil, We Don’t Have This Certain Area To Play Rock ‘N’ Roll”

Think “Brazil” and “heavy metal,” and the extreme metal stylings of Sepultura probably immediately come to mind for many. But it turns out that it’s not all extreme metal sounds that exist in this largely tropical location - as evidenced by the more melodic rock sounds of Doctor Pheabes.

BraveWords: Let’s discuss the new album, Army Of The Sun.

Fernando Parrillo: “We had huge producers with this album, Bruno Agra and Kato Khandwala - how [helped] interject the American rock ‘n’ roll with Brazilian guys. When we worked with those kinds of guys - and unfortunately, Kato later passed away - it put us in another level of skills. I think 80% of this album...I dedicate to them, because they are American and translated for us how to play rock ‘n’ roll, and how to put the soul and heart into one album. Those guys said, ‘Just give me 100% of your creativity,’ and it worked great.”

BraveWords: I agree - the band is from Brazil, but has more of a “US rock” sound.

BraveWords: What is the meaning behind the band’s name?

Fernando Parrillo: “Doctor Pheabes is a character of a film [1971’s The Abominable Dr. Phibes, starring Vincent Price]. We are fans of that guy. Doctor Pheabes is like the sentiment about love, about the relationship that he has with the wife. We talk about love in our songs, and I think Dr. Pheabes...the principles of the relationship and the love for the wife is the best thing we learn. So, we dedicated the band to Dr. Pheabes.”

BraveWords: What do you recall about the filming of the video for “Your Love Is Mine”? 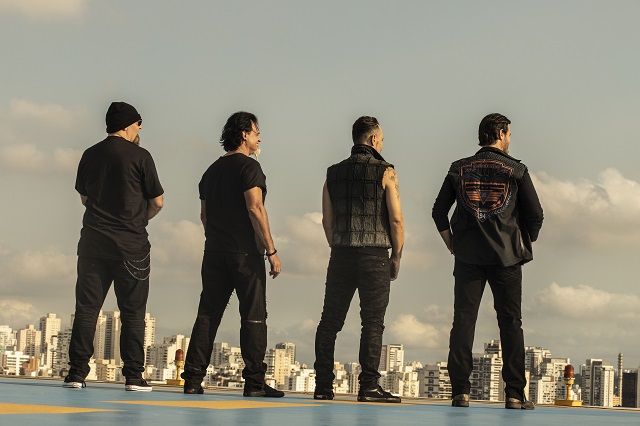 BraveWords: And the video for “Rebel Riders”?

Fernando Parrillo: “‘Rebel Riders,’ there is an interesting story about the single. It is one of the best songs that we ever wrote. I started out with writing memories of Brazil a few years ago, and kept it for quite some time before Army Of The Sun. I wanted to develop the idea, and it talks about freedom and a lot of things. And Kato was a great fan of Harley Davidson Motorcycles. Kato said, ‘Let’s write a song about the United States and writing a bike.’ There are a lot of guys that love Harley Davidson Motorcycles in Brazil. So, this was about freedom, and everyone is a rebel rider in their life, y’know? If you’ve done mistakes in the past, just look to the future and don’t think about what you did wrong - but what you’re going to do in the future, to do the right things. That was the ‘Kato philosophy,’ and his input in that song.”

Fernando Parrillo: “Yes. The Rolling Stones was an amazing opportunity for us to support them. I was so impressed about the behavior of those guys, because they are so famous but are still people. Just shaking the hand of Mick Jagger was one of the best moments in my life. The guys are all so great - that is why they are in this position.” 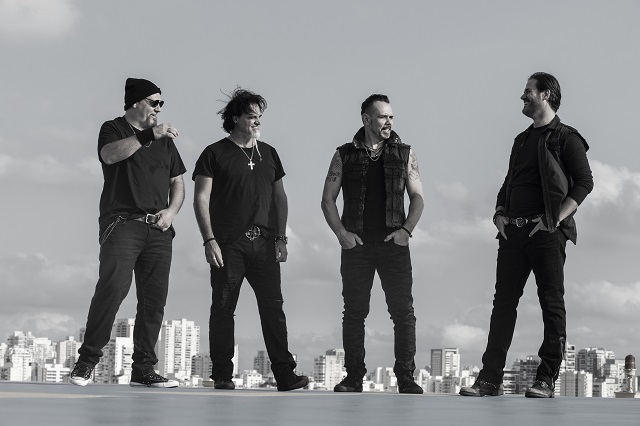 BraveWords: When the band opened for the Stones, was it when it was going by Doctor Pheabes or its earlier name?

Fernando Parrillo: “The first name of the band was a Portuguese name. But about ten years ago, we changed the name to Doctor Pheabes - when we decided to write songs in English, to unify our markets and put a different vibe in the songs. Because it’s different when the songs are in Portuguese, and they don’t have a lot of guitars and the groove is so different. We needed to change the name to Doctor Pheabes, when we wrote songs in English.”

BraveWords: What are the touring plans in support of Army Of The Sun?

Fernando Parrillo: “We plan to tour the United States in the next year - to support this album, as a support band. And travel to everywhere, for other people who want to listen to a Brazilian band really rock ‘n’ roll, I think it’s going to be great. Rock ‘n’ roll bands just need to play live. The songs were made to be played live, so it’s perfect for live. We just need to play and get across the United States.”